Fishermen are harvesting fewer scallops off the East Coast as the population of the valuable shellfish appears to be on the decline.

Sea scallops are one of the most profitable resources in the Atlantic, and the U.S. fishery was worth more than $570 million at the docks in 2019. Fishermen harvested more than 60 million pounds that year.

But fishermen harvested about 43.5 million pounds in 2020 after a projection that they would collect more than 51 million pounds, according to National Oceanic and Atmospheric Administration data. They're expected to harvest about 40 million pounds this year, NOAA said. 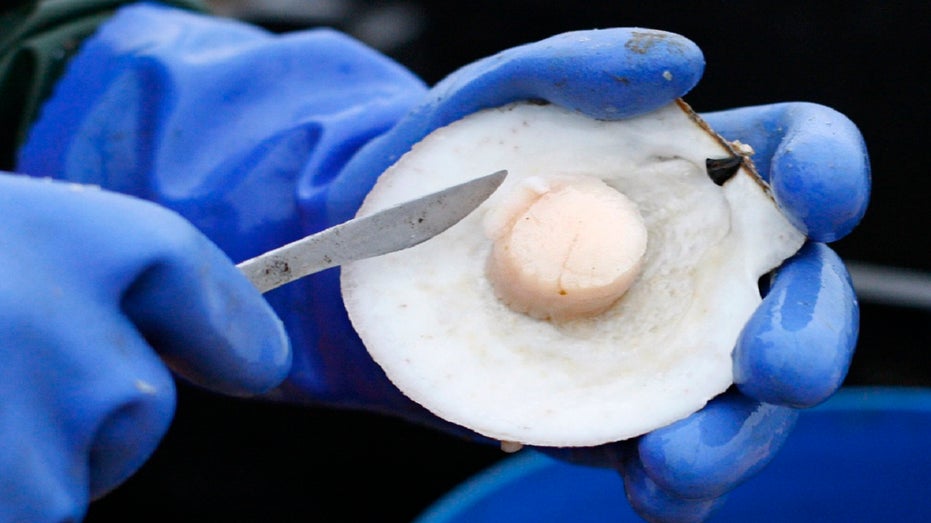 NOAA officials cautioned that the scallop population is not in peril, and 40 million pounds is still a lot of scallops. That is a higher number than any year from 2013 to 2015.

The decline in scallops stems from slowing growth in key fishing areas such as Georges Bank and the mid-Atlantic, and some disappointing production in the Nantucket Lightship Area off Massachusetts, said Teri Frady, a NOAA spokesperson. She said the fishery is still well within overfishing limits.

"So 40 million pounds is nothing to sneeze at," said Janice Plante, a spokesperson for the New England Fishery Management Council, a regulatory board. "We don’t have ‘exceptionally strong’ year classes of scallops all the time or we wouldn’t call them exceptional."

Scallops have been readily available to consumers in recent months, though prices have been higher than typical at some retail locations. Scallops often sell for about $20 per pound at retail in New England and some locations have been selling them for $22 or $25 or more.

That reflects demand for the seafood at the moment, said Andrew Minkiewicz, a Washington attorney who works with fishing advocacy group Fisheries Survival Fund.

The scallop fishery is based mostly in Massachusetts, though many scallops also come ashore elsewhere in New England as well as Virginia and New Jersey. The nation's catch of scallops has fluctuated in the past and the fishery has remained healthy, said Eric Hansen, owner of two scallop boats out of New Bedford, Massachusetts.

"In my lifetime, it has happened many times, where we haven't seen them and then all of a sudden there's a big blossom of scallops," Hansen said. "Nature has its own schedule."