SANTA BARBARA, Calif. — The owner of an oil pipeline that spewed thousands of barrels of crude oil onto Southern California beaches in 2015 will pay $60 million to settle allegations that it violated safety laws, the U.S. Environmental Protection Agency announced Friday.

Texas-based Plains All American Pipeline didn't admit any wrongdoing or liability in the consent decree that will end a lawsuit filed on behalf of federal and state agencies. But it agreed to operational changes and to five years of federal and state scrutiny to ensure it is obeying the pollution and safety rules.

On May 19, 2015, oil gushed from a corroded pipeline north of Refugio State Beach in Santa Barbara County, northwest of Los Angeles. The spill blackened popular beaches for miles, killed or fouled hundred of seabirds, seals and other wildlife and hurt tourism and fishing. 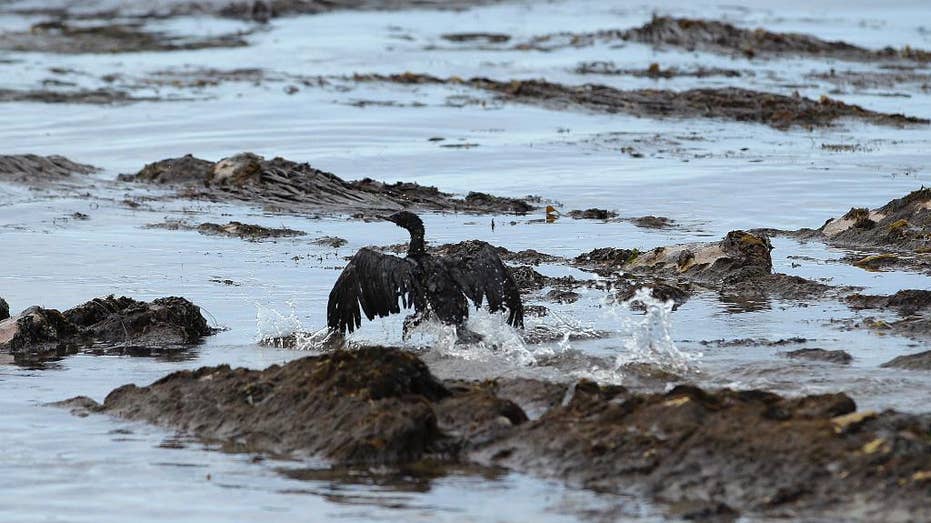 In this May 21, 2015 file photo, a bird covered in oil flaps its wings at Refugio State Beach, north of Goleta, Calif. (AP Photo/Jae C. Hong, File)

Federal inspectors found that Plains had made several preventable errors, failed to quickly detect the pipeline rupture and responded too slowly as oil flowed toward the ocean.

Plains operators working from a Texas control room more than 1,000 miles away had turned off an alarm that would have signaled a leak and, unaware a spill had occurred, restarted the hemorrhaging line after it had shut down, which only made matters worse, inspectors found.

Plains apologized for the spill and paid for the cleanup. The company's 2017 annual report estimated costs from the spill at $335 million, not including lost revenues. The company also revised its plans for dealing with onshore pipeline spills. 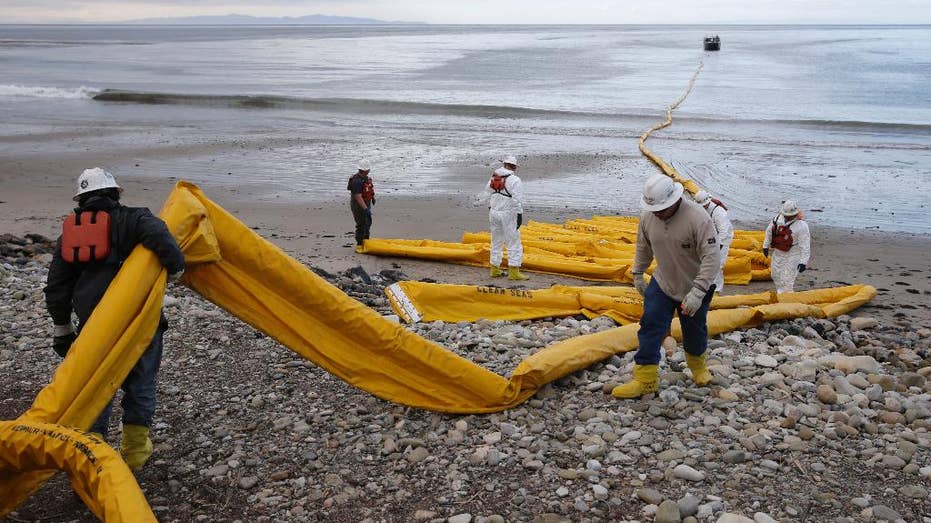 The consent decree includes $24 million in penalties and more than $22 million in compensation for damage to the environment. That money will be used for restoration, recreation, education and research projects.

The spill crippled the local oil business because the pipeline was used to transport crude to refineries from seven offshore rigs, including three owned by Exxon Mobil, that have been idle since the spill.

Plains has applied for permission to build a pipeline.

The decree “represents a significant step and is the culmination of collaborative discussions with federal and state agencies over the course of a multi-year period," Plains spokesman Brad Leone said in a statement. “The consent decree sets forth certain improvement actions that we are implementing into our operations. We take our responsibility for the safe delivery of energy resources very seriously."

California's worst coastal oil spill was the 1969 Santa Barbara oil spill that leaked at least 80,000 barrels of crude, or about 3 million gallons, into the Santa Barbara Channel.