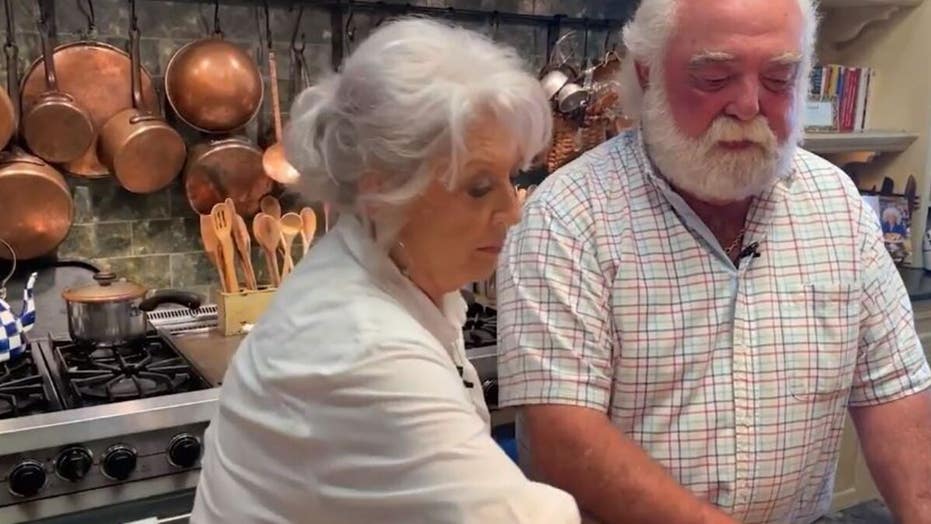 In a special Labor Day episode of "At Home With Paula Deen," the celebrity chef and her husband Michael prepare some of their favorite late summertime comfort food — including street corn and ribs.

Michael begins by placing the ribs on a tray before he and Paula liberally sprinkle them with salt and pepper and rub in some brown sugar.

According to Paula, the brown sugar will give the ribs a sweet flavor while the composition of the powder will help the meat caramelize.

So there we go, and we just gon' rub them down good, y'all," she says.

"And look at that little bit of fat," she adds, pointing to the fat marbled at the end of the rack that will add flavor when the ribs are done smoking. "Gonna make them so good. They gon' be succulent."

Ribs are a dish that always takes time — several hours on a good day — but, according to Paula and Michael, the result is worth the effort.

"Once you get them on the grill, there's not really much work to them," she says. "You just keep a check on your hours."

After bringing the freshly rubbed ribs outside to their grill, Michael lifts the lid to reveal another rack that had been cooking for about five hours.

To watch every episode of "At Home With Paula Deen," go to Fox Nation and sign up today.

Fox Nation programs are viewable on-demand and from your mobile device app, but only for Fox Nation subscribers. Go to Fox Nation to start a free trial and watch the extensive library from Tomi Lahren, Pete Hegseth, Abby Hornacek, Laura Ingraham, Ainsley Earhardt, Greg Gutfeld, Judge Andrew Napolitano and many more of your favorite Fox News personalities and thrilling blockbusters.