A Melbourne startup with a need for speed is gearing up to take its motor sport data platform to the world, saying innovation in Australia's automotive space is not dead yet.

"Data in sport is such a competitive advantage, and we started looking at how we can leverage some of these technologies to apply [them] to an industry that isn't ready for it yet," said Con Mouzouris, chief of Mantel Group, which will this week launch the Pitbox.io platform. 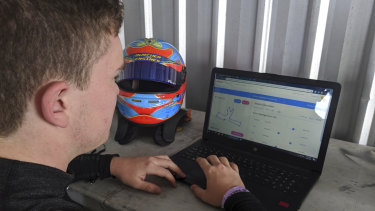 The Pitbox team is hoping to sell its motor sport software globally.

Mantel Group is a Melbourne IT startup that typically offers consultancy services for businesses around platforms like Google, but the $30 million business also supports passion projects, Mr Mouzouris said.

Over the past 12 months one of those projects has been developing Pitbox, a software product designed to help race car drivers, coaches and engineers save track mapping, race planning and event information digitally.

Mr Mouzouris saw a gap in the market after watching his son Angelo start a career in racing. The amount of paper-based communications that were shared between drivers and engineering staff in the sport was staggering, he said.

There were a range of enterprise-level driving data packages on the market aimed at professional drivers, but they came with hefty price tags and were not suitable for the thousands of people who participate in other competitions or drive in amateur leagues.

"It's quite difficult to use that kind of technology outside Formula One, because of the cost," Mr Mouzouris said.

It lets drivers and their teams upload video of races, enter turn-by-turn notes and planning information to improve performance.

The business is yet to start generating material revenue, though Mr Mouzouris said the team would target European and American drivers, including those racing in smaller competitions across a addressable market worth more than $6 billion a year. 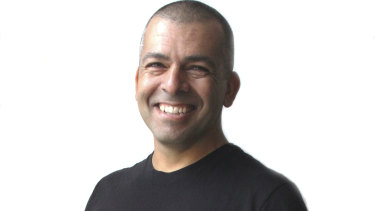 Despite the recent exodus of Holden from Australia, there are plenty of motor enthusiasts wanting to launch innovative projects in the automotive space, he said.

Mr Mouzouris said there was further space for innovation right across the sector as racing turns its mind to using technology to become more efficient.

"The positive side is there is so much opportunity, particularly with electrification and carbon reduction."

Motorsport Australia chief executive Eugene Arocca said while the car manufacturing industry in Australia has faced a tough decade, the group has seen an uptick in entrepreneurs looking to build racing technology for export.

Software like the Australian-made Rally Safe cloud safety platform are already being used across the globe, he said.

"People's passion for their cars leaves me gobsmacked and people are willing to spend … we're proud of the technology being developed in Australia."