Home » Markets » ‘Not something that should be messed with’: Rising investor anger over virtual AGM plan

Australia's largest superannuation funds and one of the country's highest profile fund managers have criticised the government's plan to make virtual annual general meetings permanent, claiming it would erode corporate accountability and transparency.

The Australian Council of Superannuation Investors (ACSI) which represents funds managing $1.5 trillion of investment including AustralianSuper, Cbus and Hostplus, said the proposal to make virtual AGMs permanent could have "unintended consequences".

And prominent Sydney fund manager Geoff Wilson, who led the campaign against Labor's proposed changes to franking credits during the last federal election, has called on his 90,000 retail shareholders to oppose the push. "An AGM is a dialogue between the company’s board and it’s owners," he said. "It’s going to shift the balance of power significantly away from retail investors." 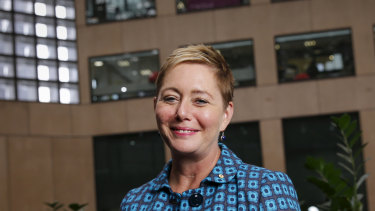 ACSI chief executive Louise Davidson said the super fund members she had consulted with also opposed the idea. "We see AGMs as being a really critical accountability measure, there's no other time that directors have to face up to their shareholders," she said. "It's not something that should be messed with lightly."

Emergency legislation was passed in May to allow companies to host online AGMs in order to comply with social distancing rules. Now, the government wants to make these rules permanent, abolishing the legal requirement for companies to host physical meetings each year.

Treasury has launched a two-week consultation period, with submissions closing this week. Proxy firms, including ACSI and ISS, and shareholder groups, including the Australian Shareholders Association and Australasian Centre for Corporate Responsibility, plan to make submissions outlining concerns in the coming days.

Retail investors have so far been the loudest voice in opposition to the proposed changes, with the annual events often their only means of engaging with corporate boards.

"It’s effectively sterilising the AGM for the benefit of the company and the boards," Mr Wilson said. "And in theory, the companies and boards are only there to represent the shareholders." 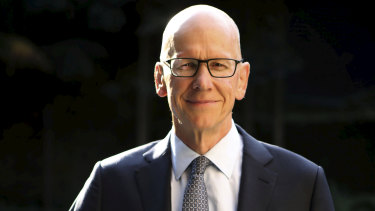 Mr Wilson said virtual AGMs were cheaper to run, but robbed both retail and institutional investors of observing the "mood of the meeting".

Many questions Wilsons advisers had put forward at recent virtual AGMs had been ignored, Mr Wilson said, before calling on shareholders to voice their objections.

Ms Davidson said two weeks is not enough time to conduct meaningful consultation, especially during the height of the AGM season.

"This issue about the timing of the consultation is very key," she said. "By that I don't just mean it’s the busiest time of the year and it's only a two week consultation, but we haven’t had time to see what the impact is of having virtual AGMs."

Ms Davidson said she was concerned shareholder questions could cherry-picked, ignored or shut down. "Sometimes, investors will need to ask a number of questions to get to the nub of an issue, it will be harder for that to happen."

An activist investor group known for wearing bow ties and asking persistent questions at AGMs, The Bank Warriors, claim technical problems have locked many retail shareholders out of attending AGMs and questions have been routinely ignored.

Founder Craig Caulfield has now attended seven virtual AGMs and said CBA's was the worst, where all of his six questions were ignored. "At a physical AGM, you’ve got this feedback mechanism. You can eyeball the board and the directors, they can see you standing up. It's harder to ignore."