Payments giant PayPal says small business credit is a "major opportunity" for it in Australia is championing a national digital identity framework to speed up the processes financial institutions use to verify customers.

In a submission to a senate inquiry into financial and regulatory technology, PayPal joined a chorus of other fintechs in saying alternative business finance will be a key part of strategy moving forward. 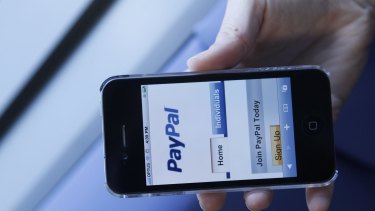 PayPal offers businesses working capital so they can borrow funds based a percentage of their income and repay this as they make future sales through the platform, minus a set fee which depends on the company's selling history.

It's not the only fintech looking to enable smaller operators to borrow against money coming in: last month both MYOB and Xero indicated they saw big potential in the invoice finance market, just days after companies like Telstra said it would drop supply chain finance offers that let businesses get paid faster for a fee.

PayPal argued in its senate submission that previous "information assymmetries" in Australia's financial system had made it harder for young people and small business owners to access credit because most information about their financial histories was held by larger institutions.

Open banking and the introduction of a national identity framework were flagged as ways to make it easier for fintechs and alternative lenders to more easily offer these customers competitive products.

"The development of a secure and reliable national digital identity framework would deliver significant efficiency benefits to the businesses and consumers that use PayPal and open the door to growth in the Australian online economy," a spokesperson said.

Work has already started on how that digital financial identity might work, though its implementation does not have a clear timeframe.

The government's Digital Transformation Agency is working on developing a one-stop digital ID, while a national blockchain roadmap released earlier this month suggested blockchain technologies could be used by payments providers for faster verification of identity.

"There is potential for the process of switching banks to become as easy as a simple click," the roadmap's strategy paper suggested.

More than 140 startups, experts and entrepreneurs have now weighed in to the fintech inquiry, with a report into the sector slated to be released the first week of October.