One of the biggest industry superannuation funds in Australia has announced it will recall all shares on loan in an effort to stop the hemorrhaging of value in equities markets, while the market regulator has issued emergency trading restrictions amid heightened volatility.

The moves came as $162 billion was wiped from the ASX 200 on Monday, with the benchmark index plummeting 9.7 per cent to notch its worst session on record. 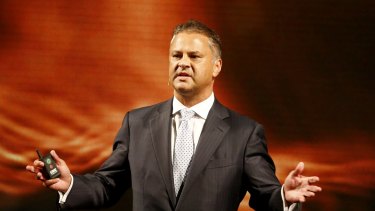 Unisuper has suspended its stock lending program indefinitely in a bid to curb short-selling further fuelling volatility amid plummeting markets gripped by fear of the deadly coronavirus.

It comes as the corporate regulator, the Australian Securities and Investments Commission, introduced emergency trading rules on Monday to reduce soaring trading volumes.

Short-selling involves stock owners, like Unisuper, lending shares to traders who sell the share, then buy it back at a lower price and return it to Unisuper. In a falling market it can exacerbate declines.

"However, we are now in a market gripped by panic and we believe that restricting the ability to short-sell is in the best interest of promoting a more orderly market,” Mr Pearce said.

Mr Pearce is calling on other super funds to suspend lending to the short market and says the ban will remain for "as long as it takes" for the market to bottom out.

Any stock currently lent out to short-sellers will be returned within two days and Mr Pearce said the decision to withdraw the ''significant'' amount of Australian equities from short lending was a responsible decision.

"It is one of those situations where you don't believe it is in the interest of anyone to do things that create any more volatility in the market,'' he said. "We pride ourselves as a responsible investors and this is a pretty tangible way that super funds can demonstrate that they are are responsible investors."

But not all super funds, including IOOF, Media Super and First State, loan shares to short sellers. First Super chief executive Bill Watson said his $3.3 billion industry fund did not, and would not, ever engage in stock lending.

"Why would you lend shares to somebody who can short-sell against the position you hold? It has the risk, the potential, to drive down the share price," he said.

"It's a bit like sticking your hand on a hot plate. It burns you."

Mr Watson said short-sellers created panic in the market. "The main reason people lend shares to short sellers is on the basis the security is going to be worth less and then they can buy it back. We're simple folk here. It's either good or bad and that is bad."

AMP, which manages around $117 billion in 70 superannuation funds, said it was reviewing its share lending arrangements.

"AMP’s superannuation funds are carefully managed to provide our members with diversification and risk management strategies to protect against market volatility," a bank spokesperson said.

Bronte Capital chief investment officer John Hempton, who manages $1.3 billion in funds, said it was "galling to be lectured on responsible investing" by Unisuper. "UniSuper were the fund that was loudly, and against member wishes, refusing to divest of fossil fuel stocks," Mr Hempton said.

Prior to the market open on Monday, ASIC informed institutions they must reduce trades by 25 per cent following last week's "exponential" spike in transactions. The average daily number of trades on the ASX is 1.7 million, but it spiked to 5.1 million on Friday.

The rule worked. On Monday, there were 3.6 million trades with the dollar value of trading down from $21.3 billion to $12 billion.

ASIC said the three-fold increase was largely due to high frequency trading and the massive volumes put a strain on processing and risk management capabilities of market operators – brokers, financial advisers and stock exchanges.

Electronically traded fund provider BetaShares said the daily volumes and number of trades increased ten-fold in three of its short equity funds over the three-week period beginning February 24, as fund managers sought to hedge losses as markets continued to tumble.

"We have never seen the extent of interest in the history of those funds," BetaShares chief executive Alex Vynokur said.

An ASX spokesman said ASIC's rules were "measured and sensible".

"The ASX supports the steps that ASIC has taken to ensure stability and resilience across the whole market," the spokesman said.

Steve Boxall, managing director and head of local equities at UBS Global Markets, said the bank supported the move. “UBS is fully supportive of ASICs initiative which is designed to ensure that the Australian market continues to operate with minimal disruption,” he said.