Permanent Portfolio Family of Funds’ President Michael Cuggino says gold will work for investors even if the economy encounters a downturn.

Gold prices rallied to a near seven-year high as the coronavirus outbreak and its potential economic consequences prompted speculation that central banks would lower interest rates later this year.

The precious metal, typically viewed as a reliable value holder when rates are falling, closed up 0.5 percent at $1,607.50 an ounce Wednesday after a high of $1,614.40 earlier in the session. It has gained about 6 percent so far this year.

The narrative of the gold market is “largely focusing on the potential global economic fallout from coronavirus,” according to a recent note from J.P. Morgan’s Global Commodities Research team, led by Natasha Kaneva.

GOLD WILL EXPLODE IF BERNIE SANDERS WINS IN 2020: PETER SCHIFF

The price of gold is “rising because central banks are using the coronavirus as an excuse to create more inflation,” Peter Schiff, CEO of Westport, Connecticut-based Euro Pacific Capital, tweeted Tuesday. “Central banks will inflict far more economic damage in response to the coronavirus than will the virus itself.”

The People’s Bank of China has already cut both short- and medium-term interest rates and injected 1.2 trillion yuan ($236 billion) into money markets in an effort to cushion the blow from the coronavirus. The outbreak has led to the lockdown of more than 60 million people in the country and caused scores of businesses to temporarily shutter stores or reduce hours.

The slowdown in China is expected to provide a 0.4 percentage-point drag on U.S. economic growth, according to Goldman Sachs, which coupled with Boeing’s 737 Max production freeze could temporarily shave almost 1 percentage point from GDP. 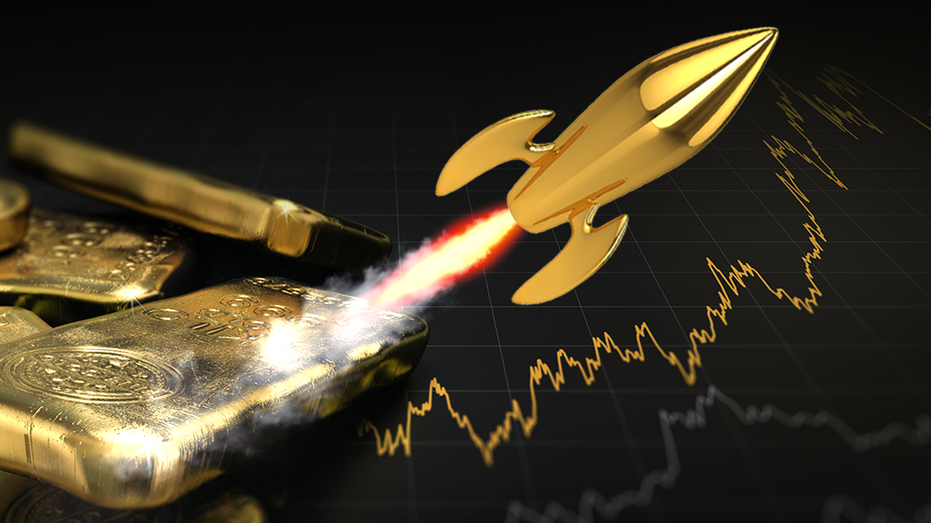 That weakness has traders at the Chicago Mercantile Exchange pricing in an 84.3 percent chance of at least a 25 basis-point cut by the end of the year.

J.P. Morgan says the technical indicators suggest gold may hit $1,655 an ounce before the current rally is over.

Meanwhile, John LaForge, head of global real asset strategy at Wells Fargo Investment Institute, thinks that while commodities remain in a super-cycle bear market, there are some signs that it “may be only a few years from ending.”

He pointed to gold’s nearly 20% gain in 2019 and strong start to 2020 as evidence that some commodities are “separating themselves from the pack.”

As for how investors can get involved, Schiff suggested the VanEck Vectors Gold Miner ETF, which is still slightly down for the year despite gold’s gains.

“Gold stock investors remain cautious despite the most bullish fundamentals the metal has ever seen,” Schiff tweeted. “Once the sentiment changes, the rally could be explosive.”