Three media companies tied to exiled Chinese businessman Guo Wengui have agreed to pay $539 million to settle regulatory claims they violated investor-protection laws when they raised money from over 5,000 investors.

The announcement resolves an investigation that targeted a sale of stock and digital assets last year, according to the Securities and Exchange Commission. The companies said the money they raised would be used to build a news and social-media platform that would be "the only uncensored and independent bridge between China and the Western world," according to the fundraising documents.

The three businesses—GTV Media Group Inc., Saraca Media Group Inc. and Voice of Guo Media Inc.—settled the SEC’s probe without admitting or denying wrongdoing. The total monetary sanctions include over $480 million that must be repaid to investors and $35 million in fines, the SEC said.

Mr. Guo, a former real-estate developer who fled China a few years ago, has portrayed himself as a wealthy dissident of the Communist Party. Once he took up residence in New York, he used a partnership with former Trump political adviser Steve Bannon to build a large online following. In China, he has faced longstanding allegations of money laundering, fraud and other crimes, all of which he has denied, and has applied for asylum in the U.S. 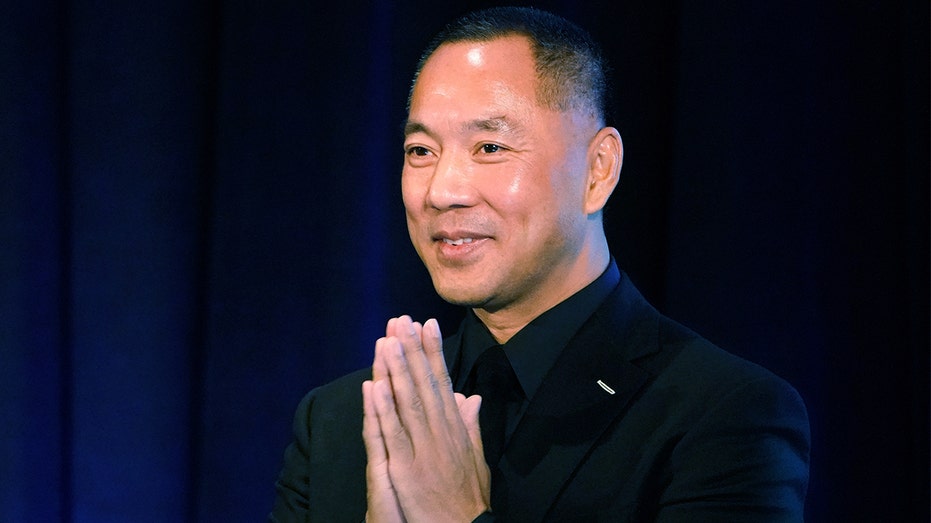 The total fines ordered in the case constitute one of the SEC’s largest enforcement cases of its fiscal year, which ends in September. The deal calls for the companies to post a notice of the regulatory case on their websites and to repay proceeds of their fundraising within two weeks. The SEC often sets up what it calls a "fair fund," whose administrator distributes money back to harmed investors.

"The remedies ordered by the commission today, which include a fair fund distribution, will provide meaningful relief to investors in these illegal offerings," said Richard Best, the director of the SEC’s New York regional office.

GTV and Saraca raised some of their money from individual investors who didn’t meet wealth and income requirements for the deal, the SEC said in a settlement order. Under U.S. law, companies that target such smaller investors must file financial disclosures with the SEC and provide the information publicly.

Voice of Guo targeted many of the smaller investors who bought into the deal, some of whom invested $100 or less, the SEC said.

The SEC said GTV and Saraca transferred about $100 million of the capital they raised to a hedge fund, which used about $30 million to trade spot currencies and derivatives. The fund had investment losses of about $29 million as of late July, the SEC said.

The companies also raised money by selling assets called G-Coins and G-Dollars, which they marketed on YouTube, Twitter and other social-media websites. They said the digital tokens could be used to buy goods and services on the media platform they planned to build. The businesses didn’t develop or distribute the digital assets they sold, according to regulators.

The fundraising by GTV had deeply divided the Chinese diaspora in the U.S., with many investors in the venture later growing convinced that they had been defrauded. After some of these people began contacting the SEC and law enforcement, Mr. Guo attacked them repeatedly online, calling them proxies for China’s Communist Party. Supporters of Mr. Guo then began showing up at the homes of his detractors.

—Brian Spegele contributed to this article.