A couple of months ago, a woman paid a visit to Jeff Schrier's used car lot in Omaha, Nebraska. She was on a tight budget, she said, and was desperate for a vehicle to commute to work.

She was shown three cars priced at her limit, roughly $7,500. Schrier said the woman was stunned.

"'That's what I get for $7,500?‘" he recalled her saying. The vehicles had far more age or mileage on them than she had expected for something to replace a car that had been totaled in a crash. 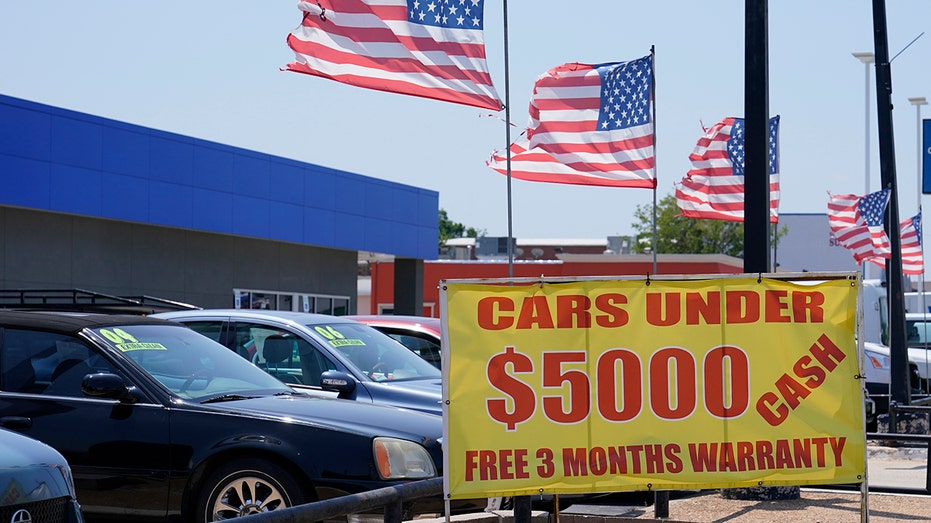 Used cars for sale on June 24, 2021, in Oklahoma City. Prices for used cars have soared so high, so fast, that buyers are increasingly priced out of the market. (AP Photo/Sue Ogrocki / AP Newsroom)

The woman eventually settled on a 2013 Toyota Scion with a whopping 160,000 miles on it. Schrier isn’t sure he made any profit on the deal. "We just helped her out," he said.

As prices for used vehicles blow past any seemingly rational level, it is the kind of scenario playing out at many auto dealerships across the country. Prices have soared so high, so fast, that buyers are being increasingly priced out of the market.

Consider that the average price of a used vehicle in the United States in November, according to Edmunds.com, was $29,011 – a dizzying 39% more than just 12 months earlier. And for the first time that anyone can recall, more than half of America's households have less income than is considered necessary to buy the average-priced used vehicle.

The days when just about anyone with a steady income could wander onto an auto lot and snag a reliable late-model car or buy their kid's first vehicle for a few thousand dollars have essentially vanished.

"I’ve never seen anything remotely close to this – it’s craziness," said Schrier, who has been selling autos for 35 years. "It’s quite frustrating for so many people right now."

When the government reported that consumer inflation rocketed 6.8% in the 12 months that ended in November – the sharpest jump in nearly 40 years – the biggest factor, apart from energy, was used vehicles. And while the rate of increase is slowing, most experts say the inflated vehicle prices aren't likely to ease for the foreseeable future.

The blame can be traced directly to the pandemic's eruption in March 2020. Auto plants suspended production to try to slow the virus’ spread. As sales of new vehicles sank, fewer people traded in used cars and trucks. At the same time, demand for laptops and monitors from people stuck at home led semiconductor makers to shift production from autos, which depend on such chips, to consumer electronics.

Bleak as the market is for used-car buyers, the computer chip shortage has also driven new-vehicle prices higher. The average new vehicle, Edmunds.com says, is edging toward $46,000. 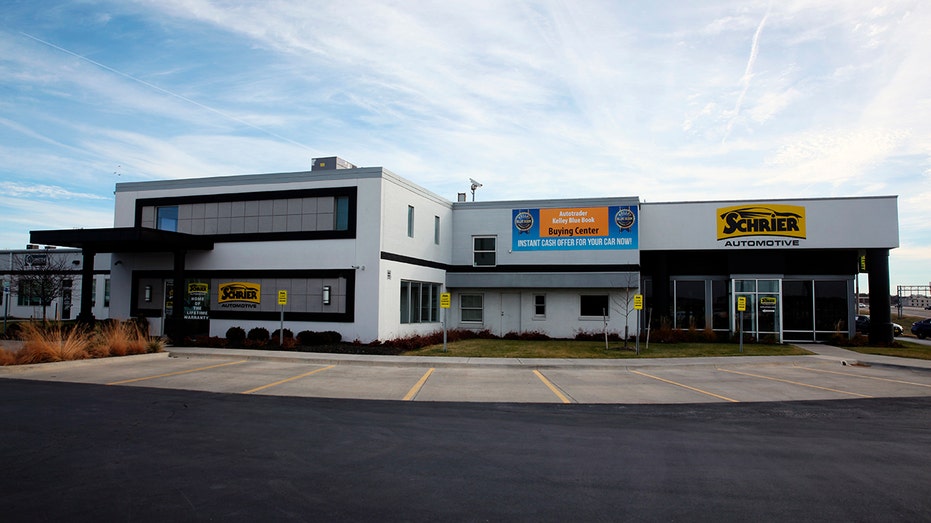 At this point, Schrier has to tell lower-income buyers that he has very few used vehicles to sell them.

Including taxes, fees, a 10% down payment, and an interest rate of around 7.5%, the average used vehicle now costs $520 a month, even when financed for the average of nearly six years, Edmunds calculated.

To make that payment and afford such other necessities as housing, food and utilities, a household would have to take home about $60,000 a year, or $75,000 before taxes, said Kimberly Palmer, a personal finance specialist at NerdWallet. In 2020, the U.S. median pretax household income was $67,521, the Census Bureau says.

Ivan Drury, a senior manager at Edmunds, said that while he doesn’t track used vehicle prices relative to household income, he thinks November marked a record "in the worst way possible for affordability."

"People are going to have to make hard decisions, maybe cut back in other areas," Palmer said. "It means that it’s stressful for a lot of families."

Used vehicle prices are so high that Karl Hogan of Canonsburg, Pennsylvania, near Pittsburgh, was able last month to quickly sell his 2007 Toyota Tacoma small pickup truck, with more than 170,000 miles on it. Even with the vehicle's age and mileage, a man from Ohio forked over $6,500 for it.

Hogan didn’t have to budge from the asking price. When some would-be buyers offered him less money, he told them: "I’ve got 12 other guys behind you."

A week before the sale, when he bought his new Tacoma, Hogan had been on the other side of the equation. The dealer wouldn’t budge from his $38,000 sticker price.

"If I didn’t take it," Hogan said, "there were three people waiting. I couldn’t get any off, but I wanted a new truck."

David Paris, a senior manager at J.D. Power, noted that used vehicle prices are directly tied to the cost of new ones. Though some automakers report that the computer chip supply is gradually improving, prices paid by dealers at used vehicle auctions kept rising through November, Paris said.

"We’re not seeing any softening in prices, which is extremely rare for this time of the year," he said.

New vehicle dealers have about 1 million vehicles available nationally – scarcely one-third of the normal supply, Paris said. And the vast majority have already been sold.

Given pent-up demand from consumers, prices for new vehicles are expected to remain historically high until the supply returns to around 2 million or 2.5 million and automakers resume discounting, which could take well into 2023. Once new vehicle prices do ease, the pressure on used-vehicle prices would eventually follow.

Yet even after that, the availability of vehicles will be tight because traditional sources of used vehicles – autos turned in from leases and trade-ins or sold by rental companies – have essentially dried up.

For the past decade, cars returning from two- and three-year leases were a leading source of almost-new used vehicles. But that was when more than one-third of U.S. new vehicle sales were leases, a figure now down to 22%, said Edmunds’ Drury. Because there aren’t many new autos, people with expiring leases are often buying those cars once their leases end. 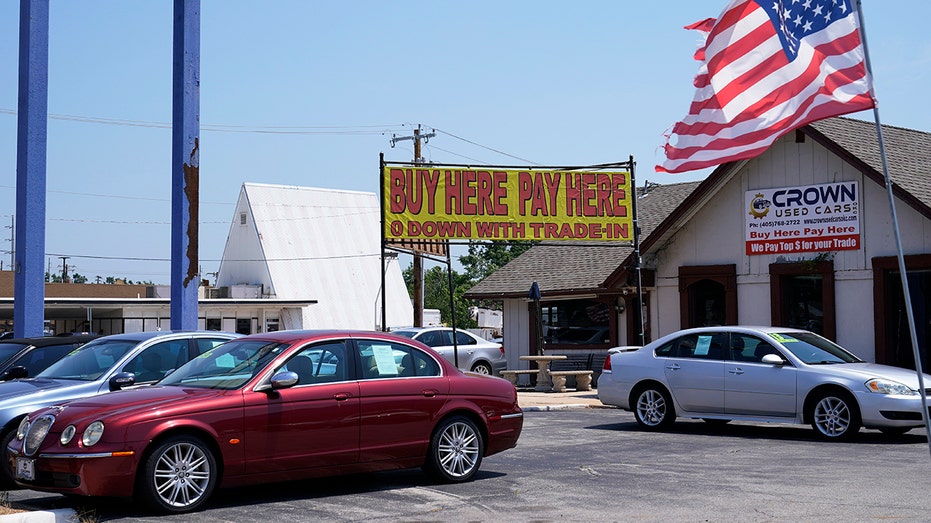 Used cars for sale June 24, 2021, in Oklahoma City. More than half of America’s households have less income than is considered necessary to buy the average-priced used vehicle.  (AP Photo/Sue Ogrocki / AP Newsroom)

Rental companies, another key source of late-model used cars, can’t buy new ones now and are holding the ones they have. Some rental companies are even buying used vehicles. Given all those factors, Paris expects the shortage of used cars to worsen through 2024.

Among the few consumers who stand to benefit are those who want to sell a used car and don't necessarily need to replace it. The average trade-in value in October, Paris said, was $9,000 – twice what it was a year earlier.

But for people who have no vehicles to trade in and only modest incomes, the options are few to none. Palmer of Nerdwallet said lower-income people may simply have to pay for repairs to keep a current vehicle running as long as possible. Even that option, though, can become prohibitively expensive.

J.D. Power’s Paris says that if they can afford it, buyers should consider a new vehicle. He recently managed to get a couple thousand dollars whacked off the sticker price on a new Ram pickup, though he had to travel from the Washington, D.C., area to Philadelphia to reach a willing dealer he had located by searching internet forums.

"If you look hard enough and are willing to wait and travel," he said, "you can find deals across most brands."