As banks fight tooth and nail for home loan growth, the Commonwealth Bank recently made a subtle change to its process for mortgage customers who are dumping the lending giant for a rival.

If a CBA customer wants to refinance to another lender, they or their mortgage broker must now call CBA and speak to a staff member to discharge the loan, rather than being able to download the relevant form, as they previously could. 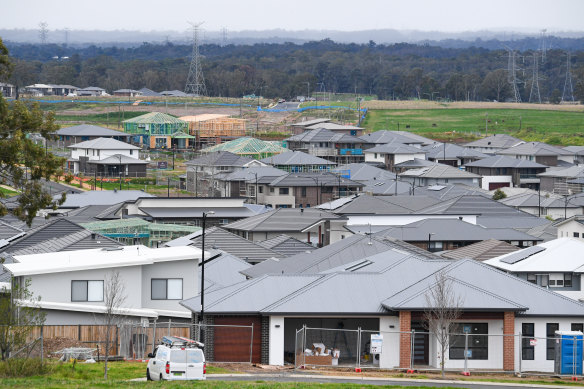 The process change means the bank’s staff are getting involved earlier in talking to customers who are planning to leave, potentially giving CBA a better chance of retaining customers by offering lower interest rates.

In the scheme of things, it is not exactly a huge shift. Smaller lenders, including Macquarie Bank, Suncorp and others, do the same thing and require one last phone call or discussion for a customer to discharge their loan.

A CBA spokeswoman says the change is aimed at improving service by giving their customers “more clarity” sooner. “Following feedback from our customers, lenders and brokers, we now speak with our customers early in the refinance process so that we can help them make an informed decision about the best next steps for them in their property journey,” she says.

Even so, it could also be seen as a sign of CBA seeking to more forcefully defend its $556 billion mortgage portfolio, amid an industry-wide competitive battle for people who are switching banks.

The $2 trillion mortgage market is the biggest source of loans for Australian banks, but it is expected to slow sharply. In the year to June, outstanding housing credit expanded by almost 8 per cent, but CBA is tipping 3.5 per cent growth in 2023, while Barrenjoey analyst Jon Mott says it could be 2 per cent.

Such a slowdown will push banks to focus more on luring clients from rivals, and hanging onto their existing borrowers. Jarden analyst Carlos Cacho says: “If the pie is not growing as fast, the banks will be looking to compete more vigorously to increase their share of the pie.”

At the same time, a wave of ultra-cheap fixed-rate loans that were taken out during the pandemic are due to mature by the end of next year. When these borrowers roll over onto sharply higher rates, they will have every incentive to shop around for a better deal.

Latest ABS figures show external refinancing hit a record high of $18.1 billion in June, RateCity notes, and bankers are expecting the boom in refinancing has further to run.

In anticipation of the refinancing surge, banks are plotting how to best retain existing customers, while also trying to lure clients from rivals by offering discounted interest rates, quick approvals or thousands of dollars in cashbacks.

Bendigo and Adelaide Bank’s general manager of retail banking, Dennis Teale, says its research has found about 20 per cent of customers with fixed-rate loans would refinance to another institution.

“The part of the industry that everyone’s looking at is the large cohort of customers that took advantage of low fixed rates at the bottom of the cycle. That’s the opportunity and the risk for everyone that plays in the market,” he says.

To manage the risk, the bank has a program to call up and write to customers with fixed-rate loans that are due to expire, and offer them interest rate discounts when their fixed term ends.

Angus Gilfillan, chief executive of digital mortgage broker Finspo, says greater awareness about the savings from shopping around is also driving higher refinancing. “I think that Australians are more educated than they’ve ever been,” he says.

Gilfillan also predicts banks will aggressively target refinancers and try to figure out which customers of theirs are at risk of leaving, but he is critical of any steps that could make it more difficult to leave a bank. “For all the effort lenders have put in to make it easier and faster to switch to them, it is disappointing when steps are introduced which make it more challenging to switch from them,” he says.

Aside from competing more on price, banks are also using technology in an attempt to reduce customer “churn.”

Tech firm Elula supplies banks with a service that uses data to predict which customers are going to churn three months in advance, and generates a “conversation” for the bank to have with these clients.

Westpac’s chief executive, Peter King, has also said the bank was eyeing a possible wave of refinancing, and this was one reason it had brought forward plans for a digital mortgage that could be approved in as few as 10 minutes. The bank also says it is writing to customers coming off fixed rates to offer them “competitive” interest rates.

The wave of refinancing – and the potential for big discounts – comes after regulators have been keen to promote greater transparency in home loan pricing, given the huge sums households spend on mortgage payments.

In what critics have dubbed a “loyalty tax”, banks routinely charge new borrowers lower rates than longstanding customers: an Australian Competition and Consumer Commission home loan inquiry of 2020 underlined the potential to save thousands by shopping around.

The ACCC recommended banks be required to give customers with loans written more than three years ago a “prompt” to see if they could save money by switching; a standardised mortgage discharge form; and a maximum timeframe for banks to deal with discharge requests. The former Coalition government did not formally respond to the inquiry. Banks had reservations about some of these recommendations, but argued data-sharing was enhancing mortgage competition.

Investors, however, are closely watching how the competition for customers plays out. Their fear is that aggressive discounting by banks may dampen an expected rebound in profit margins, which generally expand when interest rates are rising.

Bank bosses have made it clear they expect mortgage competition to remain fierce as lenders throw large sums of cash at consumers to try to entice them to switch.

Comyn said there had been a “significant escalation in both pricing and cashback incentives”, but he also argued it was a risky time to be pursuing growth at all costs. The most recent cohort of borrowers to take out new loans at rock-bottom rates are also seen as the most vulnerable to rate rises, and in that environment, Comyn argued the bank was happy to sacrifice some growth.

“We’re prepared to remain disciplined on pricing and risk and if that means for periods of time we grow below market, then so be it,” Comyn said.