The chief executive of the country’s second largest super fund has questioned the need for another review into proxy advisers and warned extra red tape could push up fees for members.

Proxy firms provide research and advice to investors on how to vote on resolutions at annual general meetings. Their recommendations can determine whether a company faces a strike on executive pay or is forced to respond to shareholder concerns on topics like climate change and board-level gender equality. 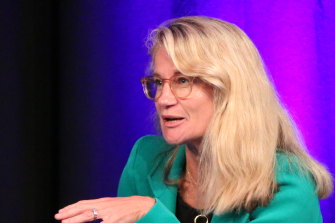 The government has launched a review of the sector to determine if these companies should face greater regulation to improve transparency, and has made preliminary suggestions such as expanding the need for proxies to hold financial services licenses.

The Australian Securities and Investments Commission (ASIC) conducted a similar review in 2017 and determined no further regulation was needed. Aware Super’s chief executive Deanne Stewart said she has “absolutely no clue” why the government has launched another probe.

“It took a lot of us by surprise. I’m wondering why it’s come to the fore, given everything that’s happening around the globe and in Australia,” she said.

Ms Stewart, who oversees more than $140 billion in retirement savings, said her fund uses two proxy advisers – the Australian Council of Superannuation Investors (ACSI) and Glass Lewis – to help the fund agitate on corporate governance issues that are important to its members and investments returns.

She said the fees paid to these firms was equivalent to less than the annual wage of one employee, whereas replacing this advice with an in-house team would require hiring between 15 and 20 new staff.

There are four major proxy firms in Australia – ACSI, Glass Lewis, Institutional Shareholder Services (ISS) and Ownership Matters. ISS head of research Vas Kolesnikoff said the review was “misguided” and called it a “solution in search of a problem”.

“Somebody has convinced the Treasury that this is all mysterious, dark and scary,” Mr Kolesnikoff said. “And it’s not.”

Mr Kolesnikoff warned that ultimately investors would have to pay if corporate accountability was sidelined, using the recent examples of AMP and Westpac, where systemic leadership failures led to public investigations, billions of dollars in fines and board purges.

“The government has to think very carefully about reducing various levels of oversight on corporate governance issues,” he said. “There is a cost. AMP is losing customers, it’s losing staff. Shareholders have worn massive costs in fines at Westpac and Commonwealth Bank.”

Mr Kolesnikoff said the review indicates the government appears to have been lobbied by company directors or business bodies, adding that the consultation fundamentally misunderstands how investors and proxy firms interact.

“To be clear, a difference of opinion with directors on matters of corporate governance does not constitute a factual error,” he said.

Shareholder resolutions on climate change have become increasingly influential in recent years, where protest votes have forced companies to slash emissions or link executive pay to bold new targets. Last year, more than 50 per cent of Woodside shareholders backed motions to force the company to lift its game on decarbonisation.

Industry Super Australia’s chair Greg Combet described the review as an “attack” on the sector. “The industry super funds will still take a legitimate stand as shareholders on issues that are in the best financial interests of their members.”