BEIJING (AP) — Automakers are reopening factories in China that were idled by anti-virus controls as they try to reverse a sales slump in their biggest market.

Local officials have orders from the ruling Communist Party to get businesses functioning again while still enforcing anti-disease curbs that shut down much of the world's second-largest economy.

GENERAL MOTORS IS LEAVING THESE MARKETS

"Local governments are putting their full weight behind helping businesses open," the president of the American Chamber of Commerce in Shanghai, Ker Gibbs, said in a statement.

Automakers say they are checking employees for the virus's telltale fever, barring visitors and telling employees to stay home if they have been in Wuhan, the city at the center of the outbreak, or other areas that have imposed travel curbs.

The outbreak prompted the government to extend the Lunar New Year holiday to keep factories and offices closed and workers at home. 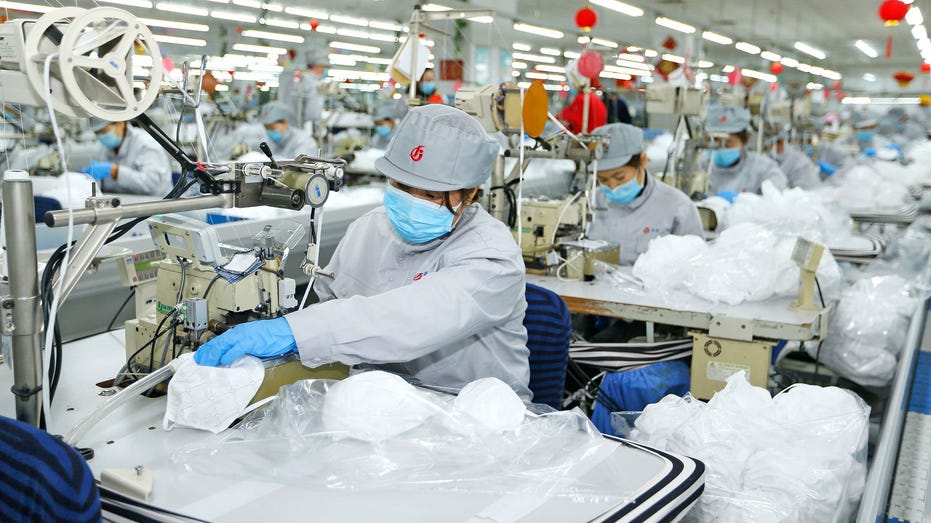 In this photo released by Xinhua News Agency, workers produce face masks in the workshop of a textile company in Jimo District of Qingdao in eastern China’s Shandong Province on Feb. 12. (Liang Xiaopeng/Xinhua via AP)

The government has told employees who can work from home to stay there, but China's vast manufacturing industries that supply the world with smartphones, toys and other goods need workers in factories.

Obstacles include a requirement for workers who return from other areas — as millions are doing after the holiday — to make sure they are virus-free by staying at home for its 14-day incubation period.

"Most factories have a severe shortage of workers, even after they are allowed to open," said Gibbs. "This is going to have a severe impact on global supply chains that is only beginning to show up."

Automakers are under pressure to reverse a 2-year-old sales decline in a Chinese market they hope will propel global revenue.

The virus "adds to the challenges that the sector is already facing," said Fitch Ratings in a report. 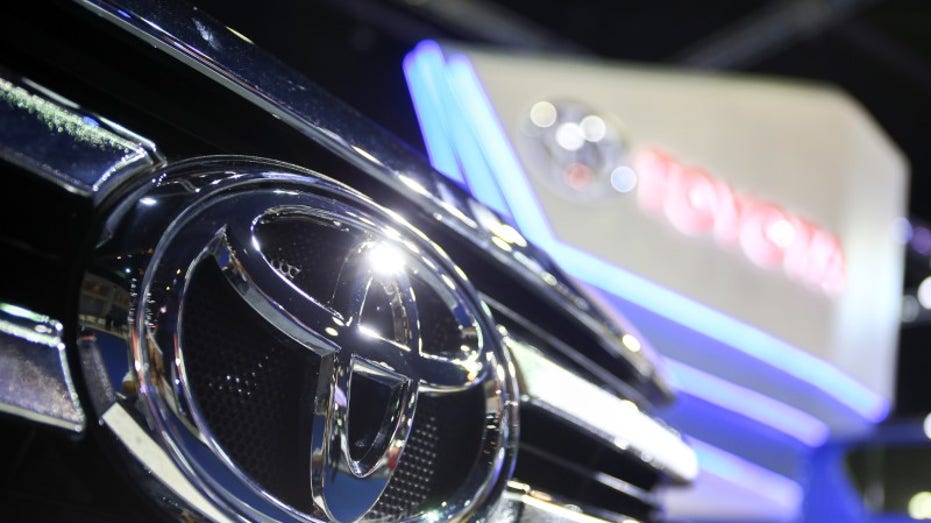 The logo of Toyota is pictured at the 38th Bangkok International Motor Show in Bangkok, Thailand March 28, 2017. REUTERS/Athit Perawongmetha

Groupe Renault said one of its factories in the southern city of Guangzhou, near Hong Kong, reopened Monday but the French automaker gave no indication of the status of another factory in Wuhan.

Sales of vehicles are likely to be depressed through April, Fitch said. It said production might fall by the high single digits in the first half of 2020 compared with a year earlier.

GM, Toyota and others said the pace of production depends on how fast they can restart the flow of components from thousands of Chinese suppliers that also shut down.