The corporate regulator is taking legal action against troubled tech company Nuix and its board for allegedly breaching their continuous disclosure obligations, while clearing the insider trading charges against former company CFO Stephen Doyle and his brother Ross D

The Australian Securities and Investments Commission (ASIC) on Thursday said it has filed papers in Federal Court, alleging that Nuix’s board had maintained the forecasts of statutory revenue and annualised contract value (ACV) in the company’s prospectus despite knowing the figures were materially lower.

The legal action comes after a joint investigation by The Sydney Morning Herald, The Age and The Australian Financial Review in May last year exposed serious culture and governance issues inside Nuix and a blotted history of consistently missing budgets and sales forecasts. 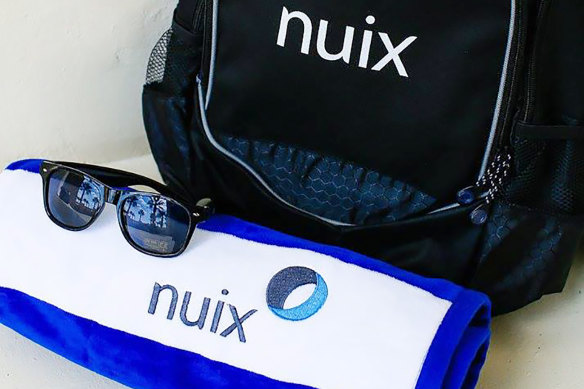 Troubled tech Nuix is being taken to court by the corporate regulator.

Macquarie-backed Nuix, which provides investigative analytics and intelligence software, was the biggest initial public offering (IPO) for 2020. It listed in December 2020 at an issue price of $5.31, soared above $11 in January as investors lapped up its 330-page prospectus, then crashed 32 per cent in February after investors were blindsided by the company’s half-year results.

A prospectus is a formal statement lodged with the regulator which contains information and context that helps investors make informed decisions when assessing an investment.

ASIC announced earlier this year that it had concluded an investigation into statements made in Nuix’s prospectus, which are alleged to have wrongly pitched the software company as a growth stock to investors, and said no action would be taken.

But in proceedings filed in the Federal Court late on Wednesday, ASIC alleges that the data analytics company made misleading or deceptive statements in its updates to the ASX in February and March last year, which reaffirmed the forecasts contained in the prospectus.

The regulator also alleges that Nuix breached its continuous disclosure obligations including by failing to announce a downgrade after its annualised contract value and statutory revenue for the 2021 financial year had been reforecast.

“Nuix was a newly listed technology company with a complex business model,” said ASIC chair Joe Longo on Thursday. “This meant investors relied heavily on the company making accurate and timely disclosures regarding its earnings.”

“Nuix’s ACV result at the end of the first half showed that, far from growing rapidly at 18.5 per cent as the company had forecast for the full year, Nuix’s underlying business as measured by ACV had essentially shrunk by almost 4 per cent over the first half.

About $1.2 billion worth of Nuix shares were traded during the period of the contraventions alleged by ASIC.

ASIC is seeking declarations, pecuniary penalties and disqualification orders from the Federal Court.

It comes amid a separate long-running legal dispute between Eddie Sheehy, a co-founder of Nuix and chief executive between June 2006 and January 2017, and Nuix about whether he is entitled to 22.6 million shares in the business. He was no longer involved in the company when it was listed on the ASX in December 2020.

Nuix provides data analytic software for international regulators, tax officials and law enforcement agencies, such as the US Department of Justice, Britain’s Serious Fraud Office and the AFP.