Venture capital firm AirTree Ventures has doubled down on its investment in startup DroneDeploy as COVID-19 causes a boom in construction, energy and agricultural businesses using drones.

DroneDeploy powers drones and ground level cameras enabling users to undertake automated flight safety checks, workflows and make maps both from the air and inside buildings.

“COVID has given a real kick to the whole industry,” AirTree partner James Cameron said. “There’s no more socially distanced worker than a drone and so it fits the bill perfectly for doing inspections in a safe and accurate way.” 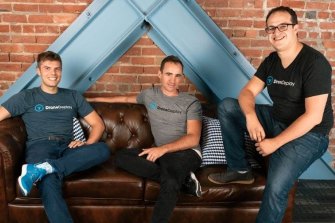 On Friday the startup announced it raised $US50 million($64 million) led by AirTree and US firm Energize Venture Capital following on from a $US50 million capital raising in 2019 in which AirTree also participated.

Mr Cameron said AirTree was looking to increase its stake in companies such as DroneDeploy which had received a boost from the coronavirus pandemic.

“I think we’re seeing a real string of opportunities to double down in companies that have found themselves in a really structurally advantageous position coming out of COVID,” he said. “They’ve had real acceleration and opportunity to crystallise their leadership position and so we and the other investors in the business thought now was a good time to double down.”

Like other Australian venture capital firms, AirTree has accelerated its investments through the coronavirus pandemic. KPMG’s annual Venture Pulse report revealed a record $US1.6 billion was invested by venture firms in local startups across 227 deals last year.

DroneDeploy was founded in the United States in 2013 by Jono Millin, Nick Pilkington and Mike Winn, however, the startup’s second-largest market is Australia and it has an Australian office with a team of seven staff.

Mr Winn said DroneDeploy’s strength in Australia was due to large construction, energy and agricultural sectors which were all heavy users of drones.

“One thing that’s interesting about drones is that they’re most useful when you are on the sites that we’re dealing with that are quite large, when they’re larger than it’s comfortable for a normal person to walk around and fully understand,” he said. “Countries [like Australia] generally have large sites because there is a lot of land, the construction sites are on average bigger, farms are on average bigger and drones are even more valuable when there is a lot of land to understand.”

DroneDeploy’s Australian customers include services business Downer Group, construction giant Hansen Yuncken and Disaster Relief Australia which has used DroneDeploy to survey damage and assist in the cleanup efforts after the 2019 bushfires.

Mr Winn said use by businesses had soared with DroneDeploy recording a 259 per cent annual growth in enterprise use in 2020.

The startup will use the additional funds raised to expand its products beyond aerial capture, speed up its expansion into Europe, and for potential acquisitions.

Mr Winn would not disclose the value of DroneDeploy as a result of the latest raising or the startup’s revenue but said it had raised a total of $US142 million to date.

“We’re a venture-funded company, we’re invested very heavily in our growth and serving our customers and profitability comes second,” he said.