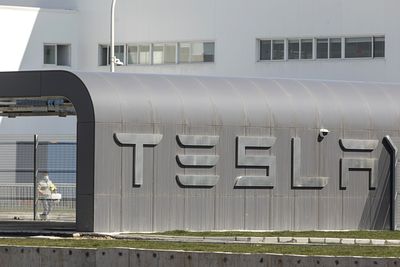 Tesla Inc. shares rose more than 8% on Wednesday, their biggest one-day jump in a little over two weeks, with an extra boost from a Wall Street research note lauding the Silicon Valley car maker for turning consumers “into unwitting climate warriors.”

Alexander Potter, analyst at Piper Sandler, raised his price target on Tesla shares to $928, from $729, highlighting Tesla’s solar-power and stationary energy storage businesses and sharing his own experience with that side of the business and the Model X, Tesla’s SUV.

Many customers aren’t swayed but “the righteousness” of Tesla’s goal of accelerating the transition to clean energy, and are instead compelled by the superior quality of Tesla’s products, the Piper analyst said.

“By combining eco-friendliness with blistering 0-60 times and 21st century tech, Tesla has hot-wired human psychology and turned consumers into unwitting climate warriors,” the analyst said. Tesla’s next challenge “will entail making it cool to generate and store one’s own solar power.”

Potter said he installed a solar-power system to charge a Model X in August 2016, and after logging more than 50,000 miles and going through four Minnesota winters with no noticeable range degradation “we are convinced that Tesla’s automotive products offer a superior ownership experience.”

“We’ll eventually be saying something similar about generating and storing our own solar power,” he said. Potter kept the equivalent of a buy rating on Tesla shares.