Treasury Secretary Janet Yellen said on Friday that fighting record-high inflation remains a top priority for the Biden administration, noting the U.S. has "more work to do" in cooling out-of-control consumer prices.

"Yesterday’s CPI report shows that we have more work to do to get price increases under control," Yellen said during a press conference at the annual IMF-World Bank meeting. "While some leading indicators show hopeful signs, working families are continuing to feel the pain of high inflation."

Her comments come just one day after the Labor Department reported the consumer price index, a broad measure of the price for everyday goods including gasoline, groceries and rents, rose 0.4% in September from the previous month. Prices climbed 8.2% on an annual basis.

Those figures were both higher than the 8.1% headline figure and 0.2% monthly increase forecast by Refinitiv economists, a worrisome sign for the Federal Reserve as it seeks to cool price gains and tame consumer demand with an aggressive interest rate hike campaign. 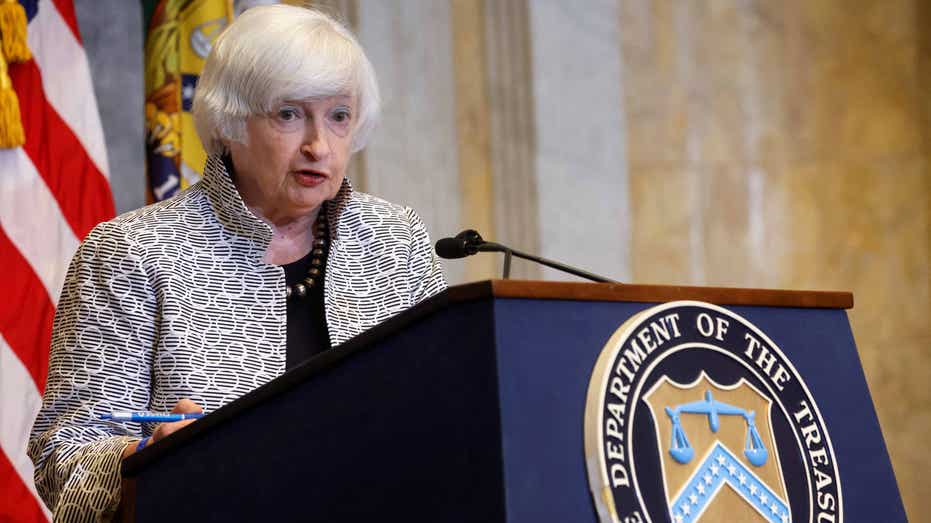 In an even more troubling development that suggests underlying inflationary pressures in the economy remain strong, core prices – which strip out the more volatile measurements of food and energy – climbed 0.6% in September from the previous month. From the same time last year, core prices jumped 6.6%, the fastest since 1982.

People shop for produce at a store in Rosemead, California on June 28, 2022. – Americans’ feelings about the economy slumped further in June after falling sharply the month before amid concerns over skyrocketing inflation, according to a survey relea ((Photo by FREDERIC J. BROWN/AFP via Getty Images) / Getty Images)

The data all but ensured that the U.S. central bank will approve another 75 basis point interest rate hike – the fourth of its kind – when it next meets Nov. 1-2. Rising interest rates threaten to trigger an economic recession by forcing businesses, and ultimately consumers, to pull back on spending.

Still despite stubbornly high inflation and the Federal Reserve's campaign to crush it with a series of aggressive interest rate hikes, Yellen said the U.S. economy remains strong. But she said the White House is "highly attuned" to the risks of global headwinds.