Home » Economy » The situation in China is even worse than you think, says this analyst with a history of accurate calls 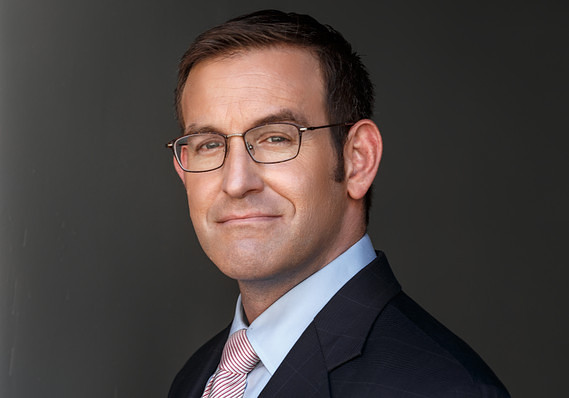 Global stock markets are seeing their worst week since the 2008 financial crisis as the reality of the unprecedented COVID-19 epidemic finally kicks in for investors, but one analyst thinks markets may still not be adequately prepared for the worst.

Leland Miller is CEO of the China Beige Book, a research firm that collects data from surveys of thousands of Chinese companies and industry participants to construct a report on the economy that’s more granular — and possibly more candid — than the notoriously opaque Chinese government data.

China Beige Book just released to clients a “flash,” or preliminary, set of data for the first quarter this year, documenting the first effects of the COVID-19 epidemic, and Miller spoke with MarketWatch about what they’ve learned.

“The situation on the ground is materially worse than what has come out in the media,” he said in an interview.

For some sense of whether China Beige Book data is a more reliable source than “what has come out in the media,” here’s an earlier MarketWatch profile of Miller. Throughout the winter of 2017-2018, his firm’s data told a very clear story: contrary to what the government was telling the media about transitioning its economy to a services focus, steel production was ramping into high gear. Some months later, the Trump administration made steel production a hot-button political issue and suddenly the world took note of what Miller had been saying for months.

Those insights are worth keeping in mind as the first official Chinese government data to reflect the COVID-19 epidemic, the purchasing manager surveys for the manufacturing and service sectors, are due for release overnight Saturday. “I expect those to be worse than in 2008,” Miller said, “or else they’re lying.”

The interview that follows, about the impact of COVID-19 on China and what it means for the global economy and markets, is lightly edited for clarity.

MarketWatch: How bad is the situation in China?

Leland Miller: Since 2012, when we started collecting data, we have never seen our headline index turn negative. This month it did. Our flash data shows nearly every major measurement is in contraction. I do always stress that this is early data.

(Only about half of the roughly 3,500 firms that report in the full-month version contribute to the flash report.)

MarketWatch: Which is the single data point that’s most telling to you?

Miller: The numbers in the property sector are remarkable. It confirms this sector is at the bottom of the food chain in China right now, the last priority for Beijing in a long list of priorities. Property is extremely important because it’s the sector in which most Chinese have large portions of their wealth. Chinese people can’t get money out of the country so they’re stuck with only a few opportunities to diversify. The bond market is scary. The stock market is scary. Property has always been the least scary thing and the Chinese government has always known how important it is as a store of household wealth. It shows they’re more afraid of the bankruptcies of small and medium-sized enterprises. At least there may finally be a culling of the herd in terms of (real estate) developers and overleveraged firms allowed to die.

On the positive side, we’re seeing the job growth numbers in slight contraction. It’s remarkable they’re not much worse than that. This is an economy that could be in contraction for a long time, yet firms aren’t firing people. You can’t pay your people, you have no cash flow, no customers, so you’re paying them to stay home right now. (The lack of layoffs) is one reason you’re not seeing big-bang stimulus yet.

MarketWatch: Can you talk more about what kind of stimulus options the Chinese government does have available and how effective they can be?

Miller: The big fear is that there will be millions of firms defaulting because there’s no cash flow. The government doesn’t want that to happen, that would be a disaster. And mass layoffs would be bad for the party. So people are looking to see what China is doing as far as fiscal and monetary policy. But the state controls almost all the counterparties. The banking system is run by the state, it loans to state entities. It can order them to do whatever it needs, like not call in loans. The most important lever they have is simply not allowing banks to call in loans .

Related: Do well by doing good with this fund that supports freedom and human rights

MarketWatch: What does China’s economic situation mean for the rest of the world – markets, economic growth, supply chains, and so on?

Miller: I would expect the data to get better if only because in March you’ll see firms back to work and the outbreak will hopefully be less terrible. Conditions — and data — should improve. But the implications of data anywhere near this bad is: China is an important cog in the supply and demand chains of the world. Globalization runs through China. Car factories around the world can’t build their cars because they can’t get their inputs from China. China buys a lot of commodities — oil and so on. Even if the outbreak can be contained, which doesn’t look like it, the economic impact can’t be.

MarketWatch: How should American investors parse upcoming official reports out of China?

Miller: You’ve got to figure that any report that comes out of China, whether economic or medical, is going to be political. “Take it with a grain of salt” may be too charitable. There aren’t easy ways of getting the truth. The truth is usually something between what the Wall Street banks think, which is way too optimistic and financial Twitter chatter which is too alarmist.

Related: Does America need to be made great again?