The return of international students and new boosted immigration numbers will likely place further upward pressure on rents, which are already surging at a rapid clip, property experts say.

Renters are facing a perfect storm of chronic undersupply, particularly of units, due to a lack of construction and property investors switching from the long-term rental market to short-term, holiday accommodation.

Louis Christopher, founder of SQM Research, suspects the rental squeeze is forcing many younger renters into either moving back into family homes, moving further out of cities where rents are cheaper, or sharing their rental accommodation with more people, in a bid to combat the surge in what is the biggest cost-of-living expense for most people. 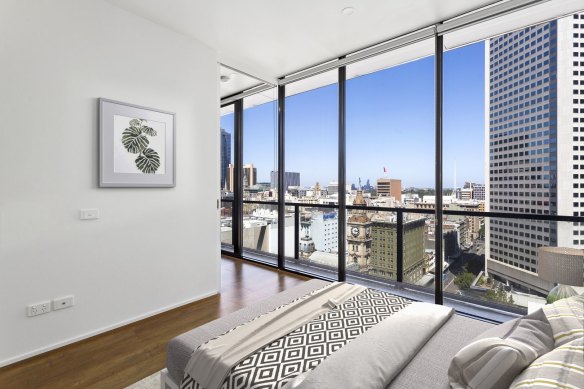 However, those with no alternative but to stay in rental accommodation are in a tight spot, he says. “I expect strong rental increases through to the end of this year, at least.”

Unit rents in Melbourne soared 12.9 per cent during the 12 months to August 31, while Sydney unit rents rose 11.6 per cent in the same period, figures from Corelogic show.

Rents in some local government areas (LGAs) have risen by more than these averages, particularly in inner-cities.

Corelogic data provided to The Age and The Sydney Morning Herald show rents in the Melbourne LGA rose 34 per cent in the 12 months to August 31.

Rents for units in the Sydney LGA and for the Botany LGA each rose an average 17 per cent.

For houses, the largest increase was in the Burwood LGA, in Sydney, with an increase of 15 per cent. In Melbourne, the biggest jump of 8.3 per cent was in the Melbourne LGA.

“Without any signs of a material rise in rental supply, the outlook for rents remains one of further growth,” says Tim Lawless, Corelogic’s research director, Asia Pacific.

Figures from Digital Finance Analytics show the percentage of people suffering from rental stress has already hit 51 per cent in Victoria and 62 per cent in New South Wales – about double normal levels. Both are higher than the stress levels of mortgage holders.

Andrew Wilson, chief economist at My Housing Market, says high rents reflect an undersupply of rental properties due to earlier lending policies to investors and developers that were too restrictive.

He says there is chronic “under-building” – particularly of units.

Demand for rental accommodation would continue to increase, Wilson says, with the return of international students and boosted immigration placing further upward pressure on how much people pay.

Financial markets expect the Reserve Bank of Australia (RBA) to lift official interest rates by 0.5 percentage points on Tuesday, to take the cash rate to 2.35 per cent. That would make it five months in row that the RBA has lifted rates since the rate-rising cycle started in May.