Modell’s CEO Mitch Modell discusses his ability to renegotiate contracts with landlords after an outpouring of support and the impact coronavirus is having on his supply chain.

After an outpouring of support, sporting goods retailer Modell’s will save five stores from closure after initially announcing plans to shutter more than 20 stores.

Following renegotiations with top landlords, Modell’s CEO Mitch Modell told FOX Business’ Stuart Varney four stores were saved over the weekend and a fifth was rescued before he appeared on "Varney & Co." In saving the five stores, Modell is preserving 81 jobs.

Last week, Modell told FOX Business’ Maria Bartiromo that the sports retailer was going to be forced to close 24 stores and could have to sell a minority stake in the company amid financial difficulty. 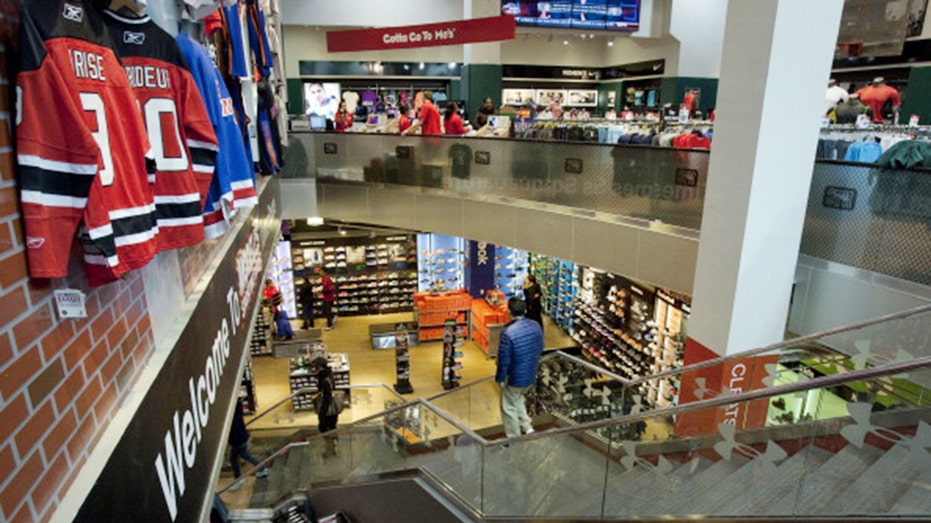 Of the stores initially slated for closure, five are located in New Jersey, eight in New York, four in Pennsylvania and the balance are in either New England or Washington D.C.

The company’s financial turmoil began in March of 2019 when the Wall Street Journal reported the retailer had hired Berkeley Research Group as a financial adviser to explore the next steps for the company, which, at the time, included filing for bankruptcy. This report led to vendors stopping shipment of products to Modell’s, insurance companies cutting the company off and its credit rating being downgraded, according to Modell.

Modell told Bartiromo that at the time of the Wall Street Journal article, Berkeley was hired as a consultant to help the company with its merchandising operations, not for corporate restructuring.

In 2019, the company lost $50 million in sales, both as a result of a trying economic backdrop and the chain of events following the Wall Street Journal’s article. Modell identified a warm winter, “lousy” local sports teams, six fewer days between Thanksgiving and Christmas and the rise of internet retail as contributors to his company’s woes.

After assessing his company’s situation, Modell hired investment banker RBC to find strategic alternatives for the future of the sporting goods store.

On Friday, Modell told FOX Business that if the company could get 90 percent of its vendors and landlords to support it, combined with selling a minority stake, the company would have a path to success.

Modell’s was founded in 1889 by Mitchell Modell’s great-grandfather, Morris. A Modell. The company has been family-owned ever since and, prior to the announced closures, operated 141 stores.