Americans are rightly proud of the country’s role as the pioneer of democracy, but that was long ago. Today we are running near the back of the democratic pack.

That our democracy is sputtering is obvious. Partisanship routinely overrides the public interest. Polarization has made public discourse toxic. Policy decisions are outsourced to technocrats in the agencies and elected judges, leaving ordinary people as spectators on important issues. No wonder so many have become populists, convinced that government has slipped from their control into the hands of elites.

It’s wrong to blame on the people for being frustrated. They don’t have the tools to change things because we are doing democracy in a rather undemocratic way: partisan gerrymandering, grossly disproportionate allocation of Senate seats, the Electoral College.

And our most glaring democratic deficit is seldom mentioned: unlike most other countries, and almost all of our states and cities, we never allow the people to vote on important national issues. The United States is one of only four established democracies that has never held a national vote on an issue.

To revive our democracy, we the people need to get back into the business of governing ourselves. The first step should be to let the people decide important national issues by referendum.

Other countries do this all the time. A recent survey found that 44 European nations use referendums, and 18 allow citizens to propose new laws. Switzerland puts almost every significant national issue up to a vote.

Americans vote on policy issues, too, just not at the national level. Every state but one holds referendums for constitutional amendments. In about half of the states, voters have to approve debt, can veto legislation via referendum, and can propose new laws by initiative. The same goes for American cities, most of which hold votes on charter amendments, and 82% of which allow citizens to initiate changes by petition.

Referendums improve democracy in several ways. They allow the people to go around legislative gatekeepers who use arcane procedures to bottle up popular policies, and to counteract the influence of monied special interests over lawmakers. They allow the majority to push for compromise positions on issues that are held hostage by powerful minorities.

Referendums also have the benefit of bringing closure to issues and reducing contentiousness. Abortion policy is a good example. In 1981, Italy, a deeply Catholic nation, let its citizens set abortion law via referendum. Voters chose to allow abortion in the early stages of pregnancy and prohibit it in the later stages. The referendum essentially settled the issue, and abortion receded to the margins of Italian policies.

The policy Italian voters chose was quite similar to what we have in the United States today — except that the U.S. did it by the judicial fiat of a Supreme Court decision. Roe v. Wade short-circuited the normal democratic process through which abortion law had been evolving state by state, and triggered the creation of pro-life groups dedicated to reversing the decision, and pro-choice groups to defend it. Abortion became and remains one of the most polarizing issues in American politics.

There is no Constitutional obstacle to holding a national referendum. Congress could simply call for a national vote. The vote would have to be advisory since the Constitution doesn’t allow referendums to make law, but it would be hard for politicians to ignore the expressed views of the people. Congress itself could select the issues for the ballot, or set up a nonpartisan commission to do it, or let the citizens themselves propose issues by petition. If this experiment proved successful, we could then consider Constitutional changes allowing voters to make binding law. It would be natural, for example, to let voters approve constitutional amendments, as in many other countries and all but one of our states.

It is often claimed that Americans don’t want to vote on referendums. This is just false: 67% of Americans say they would welcome this kind of direct participation, according to a recent survey by Pew Research Center.

This is not a progressive or conservative issue. Support for direct democracy is strong across the ideological spectrum.

Some worry is that direct democracy would lead to chaos because ordinary voters are temperamental and short-sighted. The experience of other countries and American states and cities rebuts this claim as well. Critics say that voters can’t be trusted with spending and tax decisions, but a large body of evidence shows that states with initiatives choose policies that are fiscally conservative compared to noninitiative states, states requiring popular approval for debt end up borrowing less, and states requiring approval for revenue increases end up with lower taxes.

Experience also shows that when voters have the power to make laws themselves, they use it to expand democracy itself. A century ago, the women’s suffrage movement got a boost from state referendums. More recently, voters have used the initiative process to adopt nonpartisan redistricting, create open primaries, allow same-day voter registration, establish term limits and restore voting rights to felons that have served their time.

What’s more, states where people vote on public issues have higher levels of political participation, a more informed citizenry, and higher trust in government — and their policies are better aligned with citizen preferences. Surely Switzerland, which has been voting on national and subnational issues for the last 150 years, hasn’t fallen into chaos. 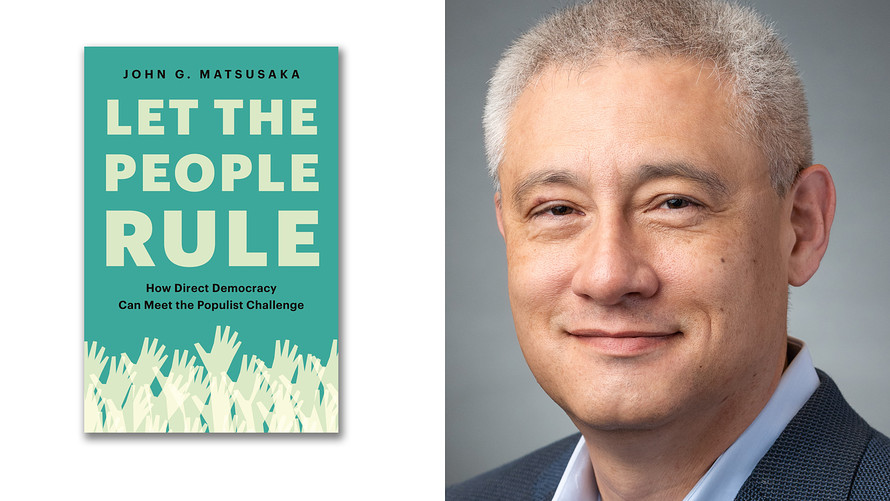 Of course, referendums are not a cure-all for political disagreements. And they can make matters worse if done wrong. The UK’s Brexit referendum in 2016 is a textbook example. The idea was sound: European nations routinely hold referendums on international agreements (more than 50 in the last few decades), and the UK itself held a referendum in 1975 on whether to join the European common market. The voters gave it a resounding yes, settling the issue for a generation.

The problem with Brexit was that it didn’t specify what the voters were deciding, just whether they had a general inclination to leave or stay. The turmoil that consumed British politics for the last three years was all about what form of exit the majority had voted for.

As we head toward another presidential election, think how it would feel if our hopes for the next four years were not completely tied up in the candidacy of Donald Trump, Bernie Sanders or Joe Biden. We the people should have the power to make decisions for ourselves, and not have our fates hostage to whichever partisans control the capital for the next four years. We should be able to do more than just pick the politicians who will rule us from Washington. By voting on referendums, we can let the people rule themselves.

Now read: The biggest argument for keeping the Electoral College relies on a myth

John G. Matsusaka is the Charles F. Sexton Chair in American Enterprise at the Marshall School of Business and the Gould School of Law at the University of Southern California, where he also serves as executive director of the nonpartisan Initiative and Referendum Institute. He is the author of “Let the People Rule; How Direct Democracy Can Meet the Populist Challenge.”