The Victorian economy is expected to bounce back from its COVID-19 lockdown despite a leading consultancy firm putting the cost of the closure at $125 million per day.

Experts from the ANZ and consulting giants EY and KPMG are all tipping the state’s economy will regain its pre-lockdown momentum once the restrictions in force for Melbourne are lifted.

Work by KPMG, based on the state’s extended 2020 lockdown, suggests the current restrictions will cost Victoria about $125 million a day, much lower than early industry estimates.

KPMG chief economist Brendan Rynne said while workers were having to weather this lockdown without the federal government’s JobKeeper wage subsidy, fewer businesses were being forcibly shut this time.

Mr Rynne said some losses would be unrecoverable – a person who misses a haircut will not have two cuts to make up for it – but some spending will simply be delayed until the state is released from its lockdown.

“If this current lockdown did not happen and the virus was to get worse the impact could be considerably higher if a deeper and longer lockdown period was required,” he said.

The lockdown has forced Melburnians back into their homes, with data from Westpac showing a 55 per cent drop in movements across the city between May 23, when the first COVID-19 case of the new outbreak was reported, and June 1, with driving, walking and transit all sharply down.

The initial impact is similar to that felt across Sydney when it faced restrictions late last year in response to the northern beaches outbreak.

ANZ spending data showed purchasing in Victoria almost halved in the first three days of the restrictions, with regional parts of the state hit harder than Melbourne. 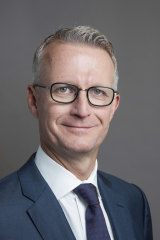 People slashed expenditure on dining (by 69 per cent) and shopping (by 67 per cent) in the first 72 hours of lockdown, while spending on jewellery alone collapsed by 90 per cent.

But the bank’s chief economist Richard Yetsenga said it was clear from previous lockdowns that affected states bounced back quickly, with the assistance on offer from the federal and Victorian governments also likely to help the recovery.

A bigger long-term worry, he said, was the business sector’s struggle to make longer-term plans when a state border or major city could shut at short notice.

“The feedback I’m getting from businesses is that internal borders are just as important as external borders for planning,” he said.

EY chief economist Jo Masters said while the lockdown was tough on those affected, the strong economic momentum carried into the lockdown meant it was unlikely to cause lasting damage.

“For many businesses the pivot to working from home is smooth, which lessens the economic hit relative to earlier lockdowns,” she said.

“Moreover, households are adept at spending during lockdown or catching up their spending as restrictions ease. We are not seeing lockdowns having prolonged negative hits on confidence, for consumers or businesses.”

Between the start of this year and mid-May, the number of Victorians on JobSeeker or Youth Allowance fell by 20 per cent – or more than 81,000 people. Across the rest of the nation, the numbers dropped by 14 per cent.

The improvement was widespread. The number of people needing help in Dandenong fell by almost 23 per cent, by 23.6 per cent in Cranbourne and by 23.2 per cent in St Kilda.

In the northern suburbs of Mill Park and Bundoora, the number dropped by 19.2 per cent while in the far western growth area of Melton, it was down by 19.5 per cent.

The one continuing trouble spot is inner Melbourne with the proportion of people relying on assistance falling by just 10 per cent.

But those figures don’t include Victorians who have been either thrown out of work by the latest lockdown, which is now due to remain in force until Thursday, or have not got back on their feet after the difficult year of 2020, according to FoodBank chief executive Dave McNamara. 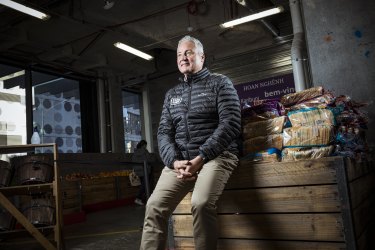 The charity chief told The Age that demand for FoodBank’s parcels and hampers of groceries had declined during the JobKeeper and coronavirus supplement period but sharply increased since the federal payments stopped, with 1.4 million meals distributed in May against a pre-COVID monthly average of about 1.1 million.

The sharp lockdown has further increased the demand on FoodBank’s services. There was a tenfold increase in calls for help to the charity’s phone line, which broke down after being swamped with callers on Wednesday morning after Mr McNamara spoke on ABC Radio Melbourne.

He told The Age that he delivered a free food package on Thursday to a client who remained employed four hours per week, “so his employers could keep him on the books” but who could not afford to buy groceries and whose working arrangement meant he would not show up in the month’s unemployment figures.

FoodBank’s pop-up food distribution centre in Melbourne’s CBD for stranded international students, ineligible for JobKeeper and other pandemic payments, usually helps feed about 400 young people per day. But after three days of lockdown more than 520 showed up looking for food, and that figure had further swollen to 620 by Wednesday.

International students, who have limited work rights in Australia, will be eligible for the federal government’s new pandemic disaster relief payments along with other workers who have lost hours in the lockdown.

But Mr McNamara said he and his colleagues were expecting another surge in demand from hungry Victorians this month, with most of the calls coming from Melbourne’s outer north, west and south-east, the same areas that suffered most through the long lockdown of 2020.