Home » Economy » Politicians say they love local manufacturing. Here’s how they can act on it

Labor has promised to make Australia “a country that makes things again”. It has emphasised locally-made transport, NBN infrastructure, apprenticeships and defence-related production. 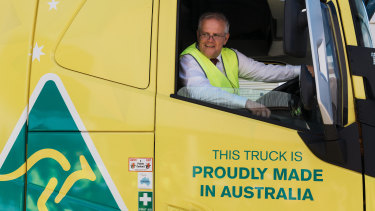 But despite the seemingly endless announcements, Australian manufacturing remains a problem for the major parties. Whoever wins the federal election will need to do things very differently if they genuinely want to boost local production.

Another way forward for manufacturing

In the mid-1960s, Australian manufacturing employed around 25 per cent of the working population; it’s now down to around 6.4 per cent.

Manufacturing’s share of GDP is also in decline, now sitting at around 6 per cent. Jobs continue to drift offshore.

Leaving things to the “free market” clearly isn’t working for Australian manufacturing. But the patriotic argument we must get back to the “good old days” where everything was supposedly made in Australia is also unrealistic.

There is another way: a coordinated and targeted national industry policy that favours long-term planning over a short-term, scattergun approach.

Tapping into the global green economy

This policy would drive an ecosystem of industries and sectors geared towards emissions reduction and skills development. It would help Australia take its place in the booming global “green” technology economy.

This targeted approach requires manufacturing policy to be developed in step with policy on education, energy, mining, research and development, and emissions reduction.

Switzerland has specialised in luxury consumer products, precision instruments and food items. In Denmark, the policy focus has been on high-quality consumer and industrial products – from bespoke furniture to aircraft – for international markets.

Australia can’t do everything. But boosting ecologically and socially responsible industries is a good start. It would also help attract investment by shoring up economic certainty around Australia’s energy future.

What can governments do to help?

The federal government could also offer tax-related “carrots and sticks” requiring foreign-owned companies to establish production sites in Australia, so as to avoid tariffs. 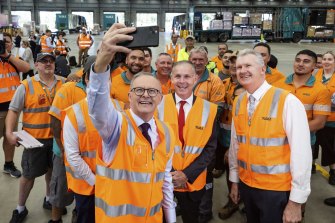 Government procurement policies that more overtly favour local manufacturing can also be effective, given the influential size of state and federal governments as consumers themselves. Opting for overseas-made tenders, such as Sydney’s crack-riddled light rail sets, can prove very expensive in the long run.

For employers in manufacturing, skills shortages can impede expansion.

As I argue in my book Industrial Craft in Australia, Australia can learn from countries that put long-term technical education at the heart of their industrial policy.

At the very least, Australia could do more to directly support apprentice uptake and pay 50 per cent of their wages. This must occur alongside substantial reinvestment in TAFE, rather than supporting unreliable private training providers. 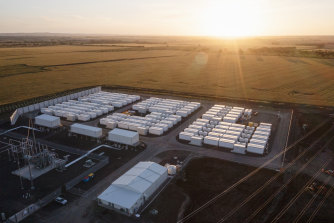 Australia could capitalise on soaring global demand for battery storage of renewable energy.

The conventional thinking is that Australian car manufacturing is “dead”. But recent research published by the Carmichael Centre and Per Capita suggests EVs and/or EV component manufacturing remains viable, especially as local demand for EVs outstrips supply.

Much of Australia’s existing automotive-manufacturing infrastructure is lying unused, and could be revamped for component manufacturing and assembly.

On solar batteries, Australia could capitalise on soaring global demand for battery storage of renewable energy.

Australia has its own lithium and zinc reserves – key battery ingredients. So it makes more sense to add value to our mineral resources than to ship raw materials offshore and buy back overseas-produced batteries at inflated prices.

One exception is sonnen, based at an old Holden plant in South Australia. Sonnen is now owned by Shell – even fossil fuel giants can see where global industry is going.

How can we afford all this?

Australian taxpayers subsidised the fossil fuels sector to the tune of $11.6 billion in 2021-2022. The Morrison government just promised $250 million to oil refineries alone.

Australia can afford to transform manufacturing into an economically viable, environmentally sustainable and job-creating sector. For that, we need a strategic and long-term approach.

Jesse Adams Stein is a senior lecturer & ARC DECRA Fellow at the School of Design of the University of Technology, Sydney. This article is republished from The Conversation under a Creative Commons licence. Read the original article here.