Morgan Stanley is buying E*Trade Financial Corp. in a $13 billion deal that will reshape the storied investment bank and firmly stake its future on managing money for regular people.

The all-stock takeover, announced Thursday, will combine a Wall Street firm in the late innings of a decadelong turnaround with a discount broker built on the backs of dot-com day traders. It is the biggest takeover by a giant U.S. bank since the 2008 crisis.

E*Trade brings 5 million retail customers, their $360 billion in assets and an online bank with cheap deposits that Morgan Stanley can funnel into loans. Its CEO, Michael Pizzi, is coming along to run the e-brokerage business, which will keep its brand, its handful of retail storefronts and its buzzy and well-funded ad campaigns, Morgan Stanley Chief Executive James Gorman said.

E*Trade’s future has been uncertain since November, when its two main competitors, Charles Schwab Corp. and TD Ameritrade Holding Corp., announced their own merger. Schwab had thrown an elbow weeks before by cutting the trading fees it charges customers to zero. The move sent E*Trade shares tumbling and raised questions about whether the brokerage, dwarfed by a merged competitor, could survive alone.

Morgan Stanley already has 15,500 human advisers catering to millionaires and last year rolled out an online-only tool for customers with less money and less-complicated financial lives. E*Trade will slot into that wealth-management arm, which will have more than eight million users and $3.1 trillion in client money once the deal closes.

“We’ll take on Schwab. We’ll take on Fidelity,” Mr. Gorman, now in his 10th year as CEO, said in an interview. “This isn’t about legacy-building; it’s about getting [Morgan Stanley] ready for prime time.”

E*Trade became a household name in the late 1990s with its dot-com vibe and splashy Super Bowl commercials. Falling commissions have hurt its brokerage arm and low interest rates have cut into the money it makes by investing the idle cash its customers leave in their accounts.

Its crown jewel is a comparatively low-profile business: managing the stock that employees at hundreds of companies receive as part of their pay. Those shares are typically locked up for a few years and when they become available, E*Trade aims to move those employees into brokerage accounts. 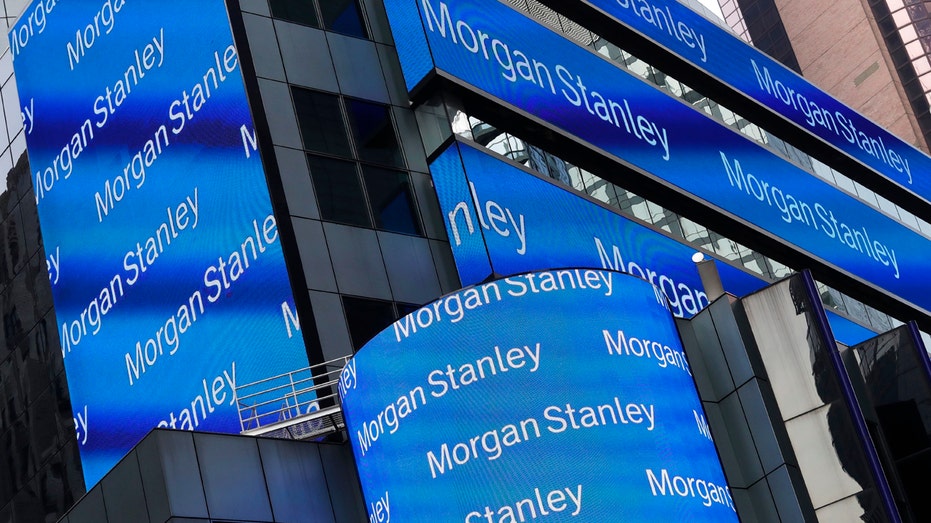 Morgan Stanley has a competing business, which it expanded a year ago by acquiring Solium, a privately held specialist in the space. After buying E*Trade, Morgan Stanley would have more than 4,000 corporate customers and $580 billion of stock held on behalf of their employees who might, it hopes, one day be rich.

The takeover, code-named Project Eagle, is the largest deal by a major Wall Street player since the crisis, when regulators arranged hasty marriages in a bid to shore up the financial system. Few have been willing to test the waters in Washington since then.

That the test balloon comes from Morgan Stanley, the banking industry’s weakling during the 2008 crisis and a problem child for years afterward, is a testament to its reinvention under Mr. Gorman. The 61-year-old has cut riskier trading operations and grown steadier businesses like lending and wealth management. Revenue hit a record $41 billion last year.

“We’re strong now, and I believe you move from a position of strength,” Mr. Gorman said.

He has sounded more acquisitive in recent months and floated a trial balloon with regulators and investors by buying Solium last year for $900 million. Morgan Stanley shares have gained 40% since September, giving him a more richly valued currency to shop with.

Mr. Gorman said he has been eyeing E*Trade since 2002, when he was an executive at Merrill Lynch. He reached out again in 2007, when he was tasked with fixing Morgan Stanley’s brokerage arm, but negotiations wavered as E*Trade started to feel tremors of the coming meltdown in its portfolio of home-equity loans.

Talks this time around began in late December, when a two-hour conversation between Messrs. Gorman and Pizzi convinced both men of the deal’s merits. Mr. Gorman said the tumult kicked off by Schwab made E*Trade “more open” to a deal but said he wasn’t low-balling: The deal price of $58.74 a share, all in Morgan Stanley stock, is 34% higher than E*Trade’s price before Schwab announced its fee cut.

Morgan Stanley expects to recoup that premium through $400 million of cost cuts and additional savings of $150 million from using E*Trade’s low-cost deposits to replace more expensive funding. Mr. Gorman said he also sees an opportunity to take E*Trade international, where his firm has no wealth-management presence.

All of Wall Street is on the hunt for more reliable sources of revenue after postcrisis regulations and a long period of eerie calm in the markets crimped trading. JPMorgan Chase & Co. and Bank of America Corp. are getting bigger in payments, while Morgan Stanley’s closest peer and fierce rival, Goldman Sachs Group Inc., is building an online retail bank.

Mr. Gorman is proving himself to be one of the savvier corporate dealmakers. He pried wealth manager Smith Barney away for a song from a weakened Citigroup Inc. in the wake of the crisis. Here, he seized on the brokerage price war to nab E*Trade.

Morgan Stanley has also been scouring takeover targets in asset management, where it is smaller and nichier than peers, people familiar with the matter have said.

The E*Trade acquisition is expected to close in the fourth quarter.