Two gold mining companies have been chosen as the winning tenderers for exploration blocks spanning more than 15,000 square kilometres of highly prospective land across north-central Victoria where authorities say up to 75 million ounces of gold could still be underground. 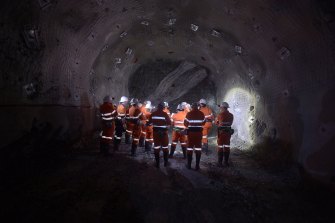 The blocks stretch from Fosterville east of Bendigo and north to Lockington. The two companies will now progress to the licensing stage, which includes a 21-day period for public submissions.

“The ground release tender generated significant national and international interest, sparked by the success of operations at the Fosterville gold mine, which was great to see,” she said on Friday.

“We’re delighted that we’ve been successful in our tender.”

The price of gold set a new peak last year, hitting $US2075 an ounce, as investors rushed to gold as a safe haven to hedge against the volatility of the coronavirus crisis and fears of inflation caused by world governments unleashing trillions of dollars of stimulus.

While the gold price has eased this year as economies gradually recover from COVID-19, prices still remain elevated and are trading around $US1800 an ounce. 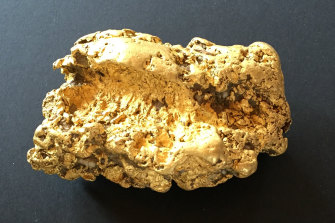 A gold nugget discovered on the outskirts of Ballarat in 2019.Credit:AAP

The higher prices combined with advances in exploration technology have spurred a new wave of investment across Australia, encouraging companies to spend more, dig deeper and re-examine orebodies previously considered impossible to extract profitably when prices were lower.

“With gold exploration at record highs, Victoria will reap the benefits of exploration in the form of jobs it will bring to Central Victoria and support for local business from exploration investment,” Minerals Council of Australia state director James Sorahan said.

Mr Sorahan said the region’s Fosterville mine had the richest gold grade in the world in 2020.

“New discoveries could lead to the development of new mines in the future, subject to environmental and community requirements,” he said.