Greta Thunberg called on the global energy industry and its financiers to end all fossil fuel investments at a high-profile meeting in Davos with the head of the International Energy Agency (IEA).

During a round-table discussion with Fatih Birol on the sidelines of the World Economic Forum (WEF) annual meeting, activists said they had presented a “cease and desist” letter to CEOs calling for a stop to new oil, gas and coal extraction. 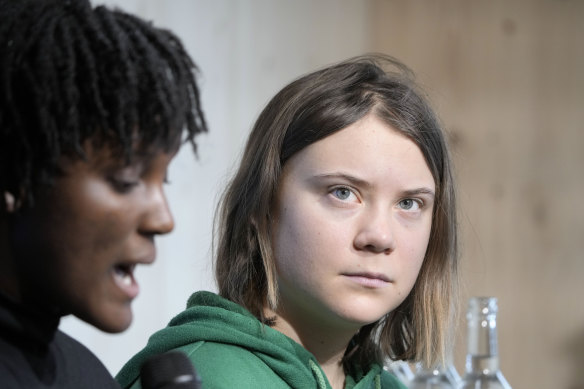 Greta Thunberg has turned up to Davos and turned up the dial.Credit:AP

“We are right now in Davos where (there are) basically the people who are mostly fuelling the destruction of the planet. It is absurd we seem to be listening to them rather than the people who are actually affected by the climate crisis.”

The oil and gas industry, which has been accused by activists of hijacking the climate change debate in the Swiss ski resort, has said that it needs to be part of the energy transition as fossil fuels will continue to play a major role in the energy mix as the world shift to a low-carbon economy.

Thunberg, who was detained by police in Germany earlier this week during a demonstration at a coal mine, joined with fellow activists Helena Gualinga from Ecuador, Vanessa Nakate from Uganda and Luisa Neubauer from Germany to discuss the tackle the big issues with Birol.

Birol, whose agency makes policy recommendations on energy, thanked the activists for meeting him, but insisted that the transition had to include a mix of stakeholders, especially in the face of the global energy security crisis.

The IEA chief, who earlier on Thursday met with some of the biggest names in the oil and gas industry in Davos, said there was no reason to justify investments in new oil fields because of the energy crunch, saying by the time these became operational the climate crisis would be worse.

He also said he was less pessimistic than the climate activists about the shift to clean energy.

“We can have slight legitimate optimism,” he said, adding: “Last year the amount of renewables coming to the market was record high.”

But he admitted that the transition was not happening fast enough and warned that emerging and developing countries risked being left behind if advanced economies did not support the transition.

Nakate, who held a solitary protest outside the Ugandan parliament for several months in 2019, said the fund “is still an empty bucket with no money at all.”

“There is a need for real money for loss and damage”. 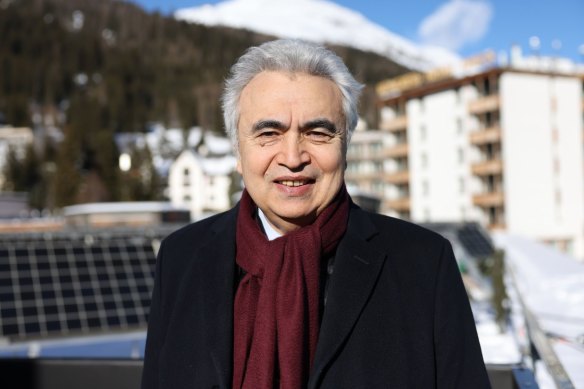 In 2019, the then 16-year-old Thunberg took part in the main WEF meeting, famously telling leaders that “our house is on fire”. She returned to Davos the following year.

But she refused to participate as an official delegate this year as the event returned to its usual January slot.

Asked why she did not want to advocate for change from the inside, Thunberg said there were already activists doing that.

The activists later walked together through the snowy streets of Davos, where many of the shops have temporarily been turned into “pavilions” sponsored by companies or countries.