Home » Economy » Despite the meltdown, the bull market isn’t over yet 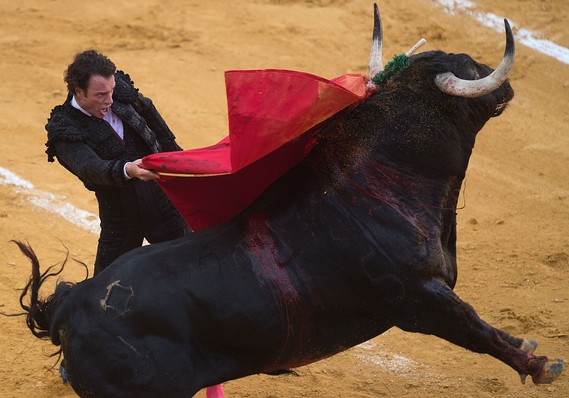 Congratulations us! We are seeing history being made. For the first time ever, the S&P 500 SPX, -3.73% crashed more than 12% the week after an all-time high.

Does this mean the great bull market is over?

To get the best possible read, I’m looking at two components:

1. The level of calm, optimism and momentum leading up to the February high

2. The level of pessimism created by this week’s meltdown

My Jan. 18 MarketWatch article titled “Bullish stock market investors will soon be their own worst enemy” featured the chart below (price updated) and warned that: “Over the next one to four months, all the gains accrued from today on are very likely to be erased.”

One reason for this bearish forecast was the pervasive complacency and lack of volatility. Until Jan.y 27, the S&P 500 had gone 70 days (yellow boxes) without a move of more than 1%.

The yellow arrows highlight what happened after similar periods of calm: Crash.

Volatility has now reached a level that sparked rallies in the past. 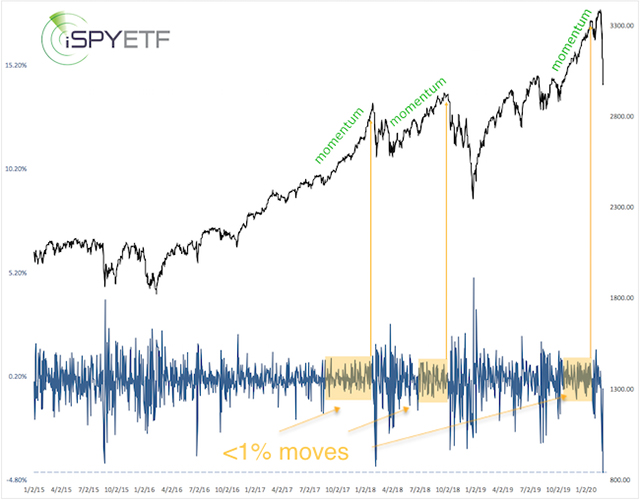 An analysis of prior momentum markets reveals that momentum doesn’t die easily and leads to long-term gains a vast majority of the time (with some weakness short-term).

An analysis of prior sentiment extremes reveals that excessive optimism almost always leads to nasty losses over the next one to three months.

To better gauge this epic tug-of-war, I catalogued more than 100 different price studies and created the Risk/Reward Heat Map (RRHM). The methodology used to compile the RRHM is available here.

The RRHM below was published in the Jan. 15 Profit Radar Report along with the warning that: “We are approaching a period of increased risk.” 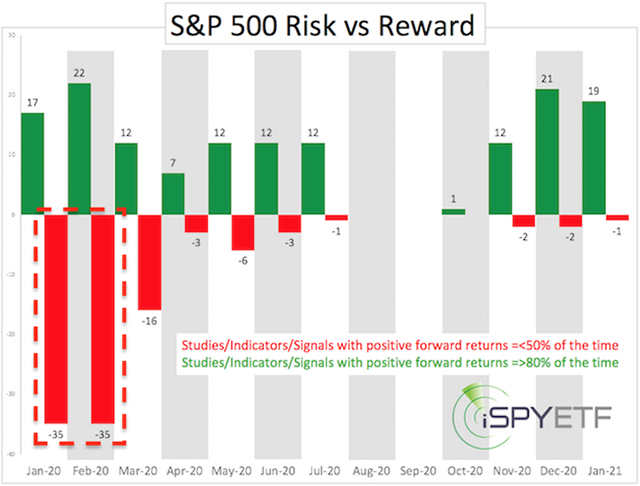 However, in addition to elevated risk from January to March, it also projected high reward thereafter.

This week’s decline has caused a fair amount of pessimism. Shown below are four different short-term sentiment gauges. Aside from the CBOE equity put/call ratio, all are extreme enough to spark a rally. 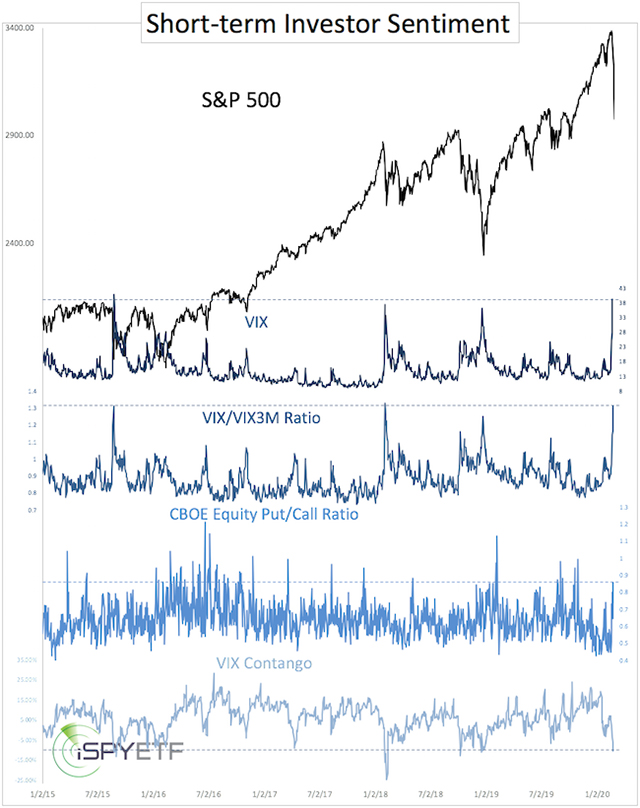 On Monday, Tuesday and Thursday (based on preliminary data), 90% of all NYSE-traded stocks ended the day lower. Since 1970, there’s never been a week with three 90% down days.

As the chart below indicates, elevated selling has generally (particularly since 2015) been seen near significant lows (green lines). Will this time be different? 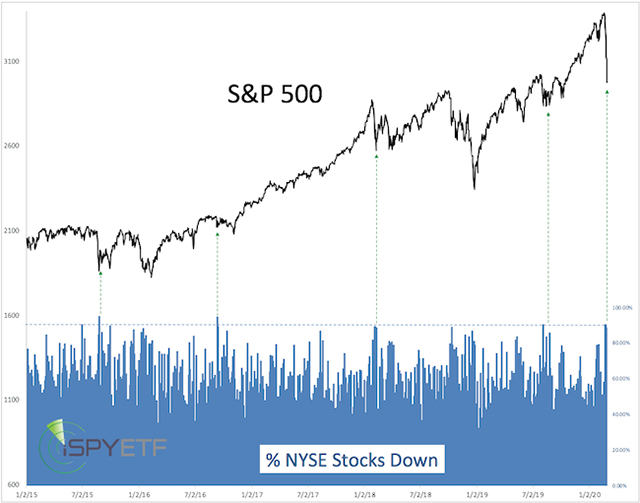 Prior to this week’s decline, my RRHM showed increased reward once the period of risk (January to March) is over. Did this week’s meltdown change this outlook? Not really.

The two studies above (sentiment, and 90% down days) along with 13 other studies catalogued and included in the RRHM this week suggest that risk will subside after the next two weeks and give way to increasing levels of reward thereafter.

As mentioned above, we are essentially in uncharted territory, and ”catching a falling knife can slice off some fingers,” but the weight of evidence suggests that stocks will trade higher two to three months from today, and the bull market may not be over after all.

An updated Risk/Reward Heat Map along with my S&P 500 outlook is available here.