Home » Economy » Canada slaps back at new Trump tariffs with $2.7B in aluminum duties

‘Canada was taking advantage of us, as usual,’ Trump says while explaining why he plans to sign a proclamation that will reimpose aluminum tariffs on the country.

Canada has vowed to impose $2.7 billion in retaliatory tariffs against the United States in what Prime Minister Justin Trudeau's government is calling a “swift and strong” response to President Trump's order reinstating 10% duties on the country’s aluminum.

The figure was announced Friday by Deputy Prime Minister Chrystia Freeland during a press conference in which she blasted Trump’s decision as one that will “hurt the economic recovery on both sides of the border” during the global coronavirus outbreak.

“In imposing these tariffs, the United States has taken the absurd decision to harm its own people at a time when its economy is suffering the deepest crisis since the Great Depression,” she told reporters.

“Any American who buys a can of beer or of soda, or a car or a bike will suffer,” she continued. “In fact, the very washing machines manufactured at the Whirlpool plant where the president made his announcement yesterday will become more expensive for Americans and less competitive with machines produced elsewhere in the world as a result of these tariffs.” 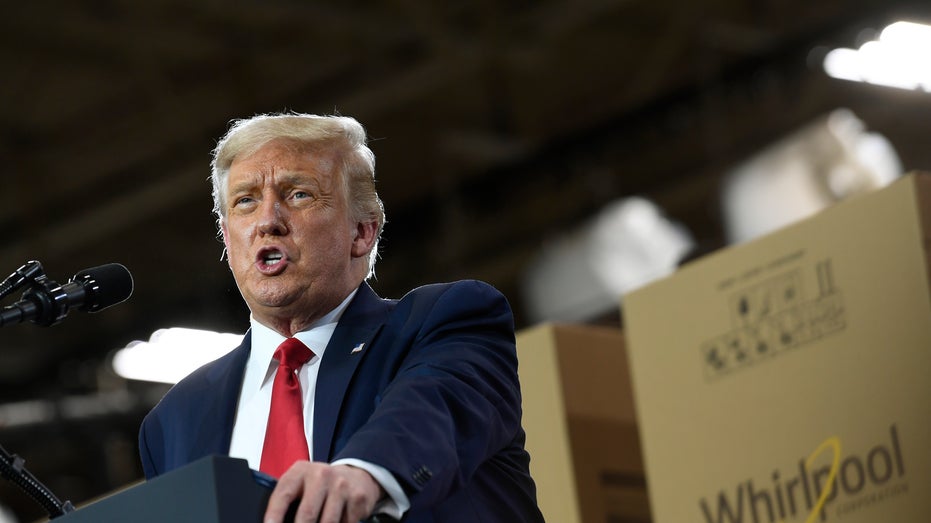 President Donald Trump speaks during an event at a Whirlpool Corp. facility in Clyde, Ohio, on Thursday. (AP)

Freeland says Prime Minister Justin Trudeau has started consultations with Canadian business leaders on potential aluminum-containing products to target in the retaliatory measures, with the conclusions to be announced in the next month.

“Canada’s response to these unwarranted tariffs will be swift and strong in order to defend our workers,” Freeland said.

The U.S. tariffs announced by Trump are expected to go into effect Aug. 16. 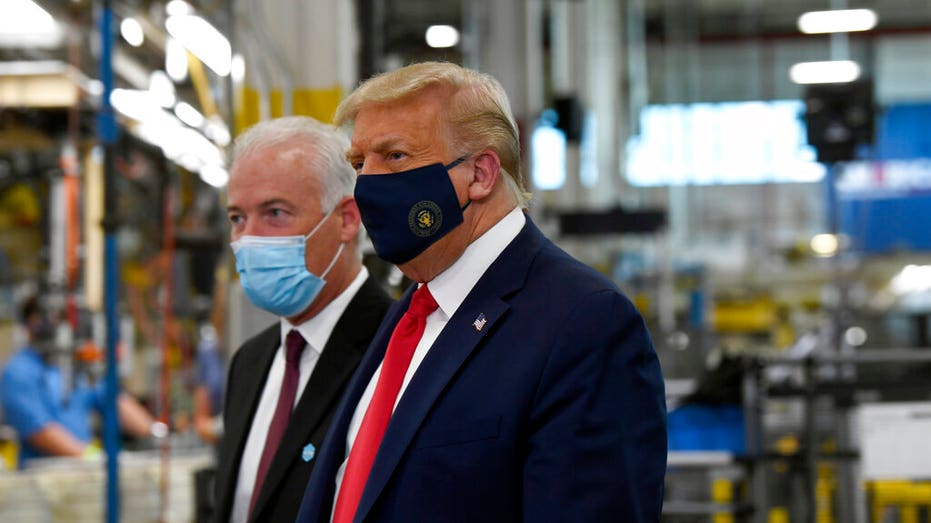 President Trump wears a mask during a tour of a Whirlpool Corp. facility from company vice president Jim Keppler. (AP)

Trump said Thursday that he signed the order because Canadian aluminum has flooded the American market and was poised to "kill all our aluminum jobs.”

“The aluminum business was being decimated by Canada, very unfair to our jobs and our great aluminum workers," Trump said in Ohio, where he was touring a Whirlpool manufacturing facility.

Trump, who is running against Democrat Joe Biden for a second term in the White House, originally imposed tariffs on foreign steel and aluminum in 2018, arguing they would protect American metals producers.

Manufacturers and business leaders, however, roundly criticized the charges, which they said would be paid by American businesses when supplies arrive in port, not by the countries the administration said it was penalizing

Canada responded with its own tariffs on American exports before the two countries eventually agreed to drop the tariffs in May 2019. The duties had provided leverage as Trump renegotiated the North American Free Trade Agreement, a Clinton-era deal he had blasted on the campaign trail in 2016.

His replacement, the United States-Mexico-Canada Agreement, was approved by the Senate and signed into law early this year.

Now, however, the White House is arguing that Canada vastly increased exports of aluminum to the United States after the tariffs were lifted, harming domestic aluminum production.

“Imports of non-alloyed unwrought aluminum from Canada during June 2019 through May 2020 increased 87 percent compared to the prior twelve-month period and exceeded the volume of any full calendar year in the previous decade,” the president wrote in the order Thursday.

Canada had said then that it would respond with its own dollar-for-dollar countermeasures.