Home » Economy » Can we believe the great news on unemployment? Yes and no

Scott Morrison has a great re-election pitch: forget the problems with the pandemic, just look at how well the economy’s going. The rate of unemployment is already down to 4.2 per cent, and his goal is to get it below 4 per cent, the lowest it’s been in 50 years. Wow. What fabulous economic managers the Libs must be. But can you believe unemployment’s that low? Didn’t they fiddle with the figures some time back? 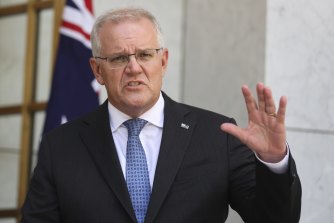 The strength of the economy will be a key part of Scott Morrison’s re-election campaign. Credit:Alex Ellinghausen

But not everything we think we know about the tricks politicians play is true. For instance, many people think they remember that, some years ago, a government changed the definition of unemployment to make the figures look better. They made it so that someone who worked just one hour a week was classed as employed.

Which hints at the truth: actually, no government has changed the definition of unemployment. It’s an urban myth which, I suspect, has arisen because people get confused between who’s getting unemployment benefits and who’s unemployed.

The two are related, obviously, but they’re not the same. For instance, you can be unemployed and not get the dole because your spouse is working. On the other hand, single people working a few hours a week wouldn’t be earning enough to make them ineligible for the dole.

Governments can, and do, change the rules about who does or doesn’t get unemployment benefits. But who’s unemployed is measured by a huge monthly sample survey conducted by the independent Australian Bureau of Statistics.

It doesn’t let politicians decide who’s counted as unemployed and who ain’t. Rather, its definitions come from international conventions set by the UN’s International Labour Organisation in Geneva.

So it was the ILO that decided, decades ago, to define anyone doing as little as an hour’s work a week as employed. (I remember talking to an official of the Australian Council of Trade Unions who was an Australian delegate on the sub-committee that, a few years ago, decided to leave that definition unchanged. He vigorously defended the decision.)

Remember, you have to draw the line between being employed or unemployed somewhere – where would you draw it? Five hours work a week? Fifteen? Thirty-five? – and it was set so low ages ago when part-time work was much less common than it is today. 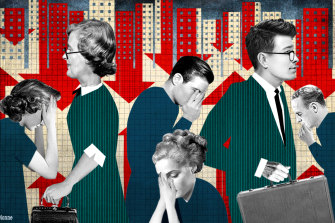 What’s true is not that the unemployment figures have been fudged, but that classing everyone working an hour or more as employed defines unemployment too narrowly. So narrowly as to understate the extent of the problem.

In fact, few people work as little an hour a week. But, though it’s wrong to imagine the only satisfactory jobs are full-time – it suits many students, parents of young children and retirees to work only a few days a week – it’s also true that many people working part-time would prefer more hours.

Thus it is true the official unemployment rate of 4.2 per cent isn’t as good as it looks. It does understate the proportion of people who aren’t able to find as much work as they want.

We’ve had great success in creating extra jobs in the past year – most of which have been full-time – mainly because the government has responded to the pandemic with massively increased government spending. But the economy may slow if, as all that “fiscal stimulus” runs out, the private sector doesn’t take up the running.

Even so, it’s quite realistic to expect that, since unemployment is already down to 4.2 per cent, and regardless of who wins the federal election, it won’t be too hard to get the rate down below 4 per cent sometime this year or next.

And whether you hate Morrison – or hate Anthony Albanese – don’t let any smarty pants tell you that will be anything other than a great achievement. If it’s not the best we’ve had the jobs market in 50 years, add in underemployment and it would be the best in maybe 40 years. Unemployment isn’t something you should wish on anyone.

No, the main reason for having reservations is the uncertainty about how long we’ll be able to keep unemployment that low.

We’ve had great success in creating extra jobs in the past year – most of which have been full-time – mainly because the government has responded to the pandemic with massively increased government spending. But the economy may slow if, as all that “fiscal stimulus” runs out, the private sector doesn’t take up the running.

The jobs market has also had a lot of help from an unprecedented (and temporary) source: for two years our borders have been closed to incoming workers. Skilled workers on temporary visas, and overseas students and backpackers doing unskilled and casual jobs.

You’ve heard employers complaining they can’t get workers and that job vacancies are at a far higher level than usual. The consequence is that many older workers who might have been pensioned off, haven’t been. And some of the jobs that haven’t been filled by overseas students and backpackers have gone to local young people.

But now our borders are re-opening to immigrant labour, we’ll see how tight the jobs market stays. I reckon it’ll be a fair while before we get back to the high levels of immigration pre-pandemic.

Ross Gittins is the economics editor