US economy adds 199K in December

The December jobs report showed a drop in unemployment – if only a small one – for all races except Black workers, which rose by over half a percent.

The Labor Department reported only an additional 199,000 of a projected 400,000 jobs in December, with the unemployment rate dropping to 3.9% from 4.2% – the lowest level since the pandemic began.

But that drop did not affect all groups: White, Hispanic and Asian unemployment all dropped while Black unemployment jumped. 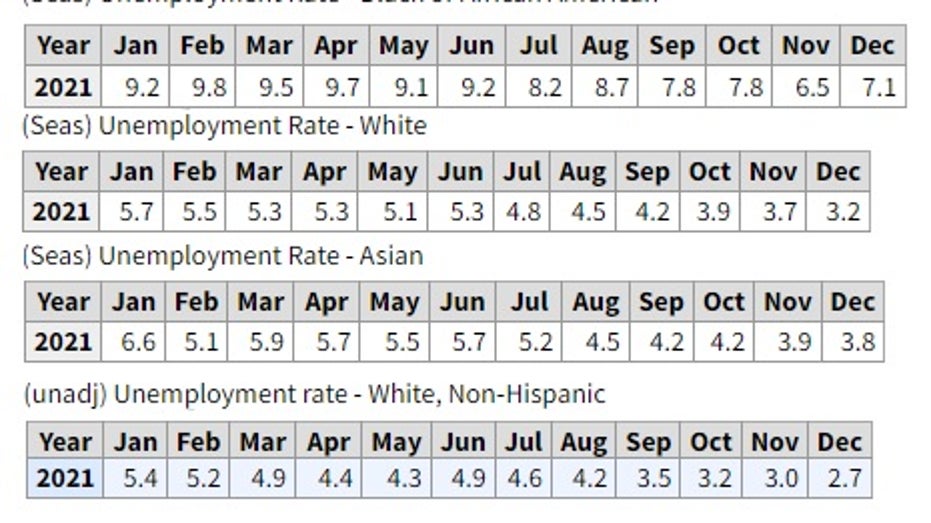 White unemployment dropped half a percent to 3.2%, recording the most significant drop. Hispanic unemployment recorded the next largest drop from 5.2% to 4.9% over the same period, and Asian unemployment only marginally dropped from 3.9% to 3.8%, showing a very stable rate in that group, according to data from the U.S. Bureau of Labor Statistics.

EXPANSION OF THE WELFARE STATE PAYING PEOPLE NOT TO WORK: STEVE MOORE

Black unemployment, meanwhile, jumped from 6.5% to 7.1%. The discrepancy might seem unusual, but an analysis of the data across the year shows that Black unemployment has recorded several lurches, with the most significant drops among all groups followed by rises while other groups fell in the same period. 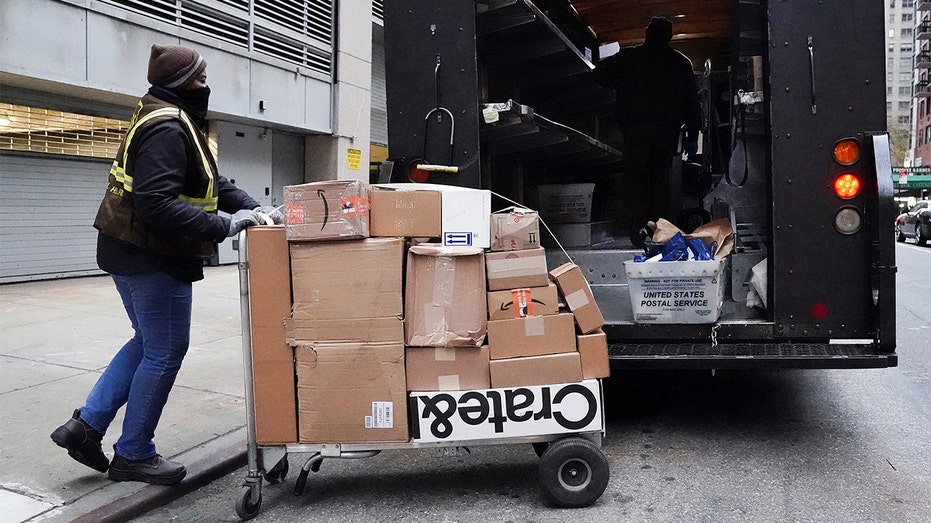 Unemployment across each group has shown a fairly consistent drop: Asian unemployment has seen a decline for each month starting June 2021, when the rate was at 5.7%; over that same time, White unemployment dropped from 5.3%, again showing a consistent decline.

Dividing that number out by Hispanic vs. non-Hispanic indicates a similarly consistent drop for Hispanic unemployment.

But Black unemployment has not seen the same consistency across the year. Starting with the highest rate of unemployment across all groups with 9.8% in Feb. 2021, Black unemployment saw drops and rises several times – most notably a dip in July that saw the rate drop 1% to 8.2% before rising to 8.7% in August while other groups all saw a drop again.

This makes the drop to 6.5% in November – the most significant drop among all groups in that month – perhaps not as alarming as it might appear. The overall rate of unemployment for Black workers is lower for the year, showing a general trend that is in line with other groups, even if the numbers are more scattered in their consistency.