Fisher Investments founder and chairman Ken Fisher discusses the Fed’s inflation battle and the condition of the U.S. economy on ‘Cavuto: Coast to Coast.’

Fisher Investments founder Ken Fisher argued Thursday that the Federal Reserve's actions won't provide any relief from inflation but said the U.S. economy is unlikely to fall into recession, telling "Cavuto: Coast to Coast" you can't have a recession while loan growth is "robust."

KEN FISHER: I don’t believe what the Fed is doing right now actually kills inflation. I don’t believe, as I have said before, that the Fed can kneecap the economy by raising rates the way it is because right now the banks' loan base cost them almost nothing. When the Fed raises short rates it increases the incentive for banks to make short-term loans because the spread gets bigger.

WHITE HOUSE SAYS US NOT IN RECESSION, LOWERING INFLATION ‘NUMBER ONE’ PRIORITY

As the spread gets bigger and there is more incentive for short-term loans, they are lending money to people who spend it, because you don't borrow money and not turn it right away. If you look at year-over-year loan growth, we're running at 11.5%. You can’t have a recession while loan growth is robust. Mortgage loans are down, but otherwise, loan growth is gangbusters. 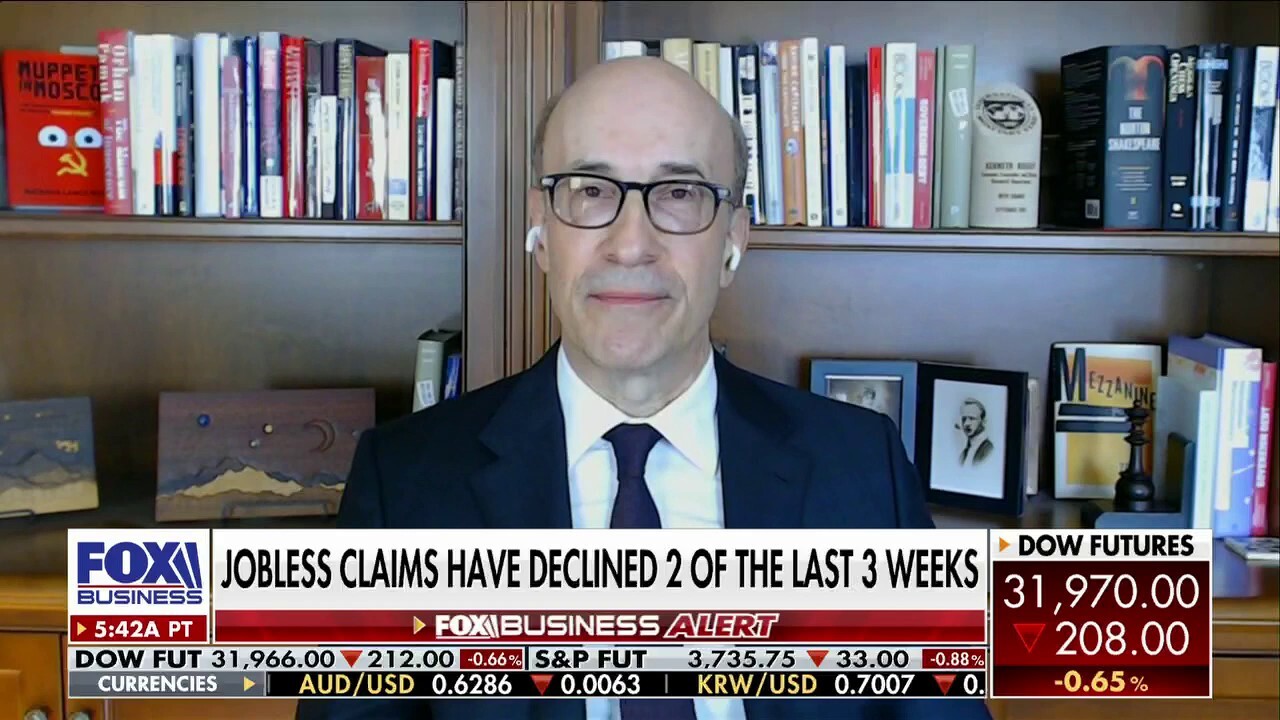 Fed will be ‘very patient’ in getting rates to their peak: Kenneth Rogoff