Inflation for April hotter than expected

American households are confronting the steepest inflation in a generation, paying more for everything from cars to food to rent as soaring prices eat away at most workers' wage gains.

The Labor Department said Wednesday that the consumer price index, a broad measure of the price for everyday goods, including gasoline, groceries and rents, rose 8.3% in April from a year ago, below the 8.5% year-over-year surge recorded in March. Prices jumped 0.3% in the one-month period from March.

"The peak of inflation may be behind us, but today’s report points to a long, slow descent — or maybe even a plateau around 8% until prices start to drop significantly," said Robert Frick, corporate economist with Navy Federal Credit Union. "The rotation to consumers spending more on services and less on goods should help cool the overall inflation number this year, but when that will kick in is anyone’s guess."

Here's a breakdown of where Americans are seeing prices rise the fastest as they wrestle with sticker shock for the first time in decades: 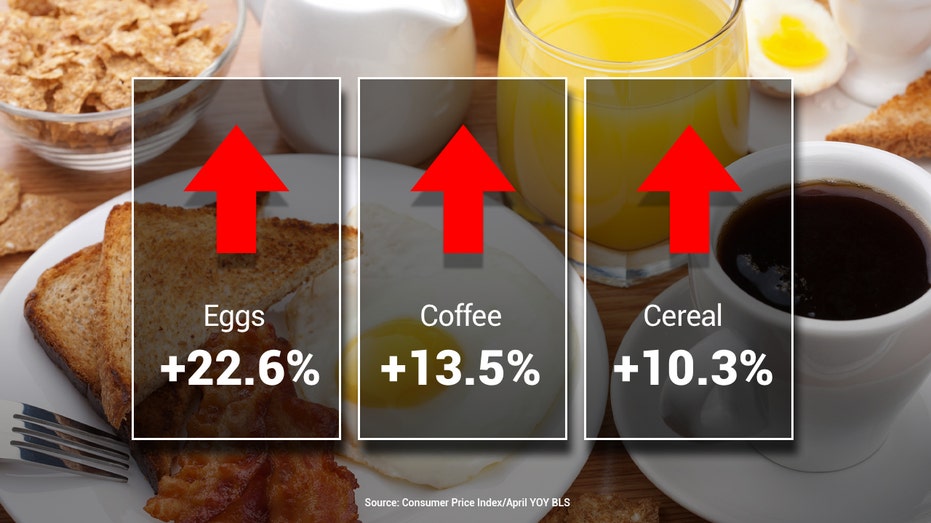 Americans are increasingly likely to see far more expensive grocery bills. In all, food prices jumped 9.4% in April from the previous year, with the largest monthly increases in cereal and bakery products (1%), meats, poultry, fish and eggs (1.7%) and dairy (2.4%).

"Perhaps more important, the 0.9% rise in food and 0.8% increase in food and beverages have plenty of room to increase as the drop in exports from Ukraine and Russia affect prices this year," said Joe Brusuelas, RSM chief economist. 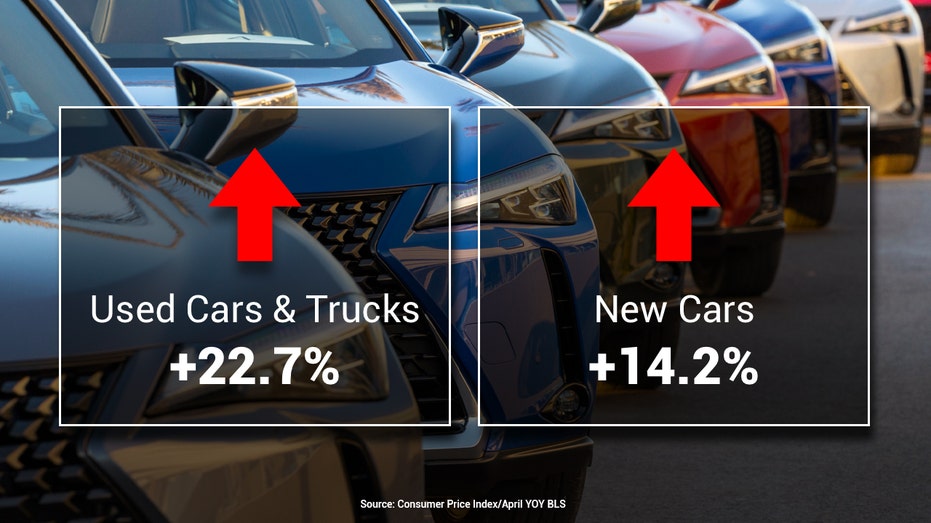 Unfortunately for Americans who needed to buy a car in April, the price of both new and used vehicles continued to soar.

Used car and truck prices, which have been a major component of the inflation increase, are still up 22.7% from the previous year. However, in a sign of some positive news, prices actually declined by 0.6% in the one-month period between March and April.

The cost of new vehicles, meanwhile, is up 13.2% from the prior year, largely because semiconductor shortages continue to delay car manufacturing. On a monthly basis, the price of new vehicles jumped 1%. 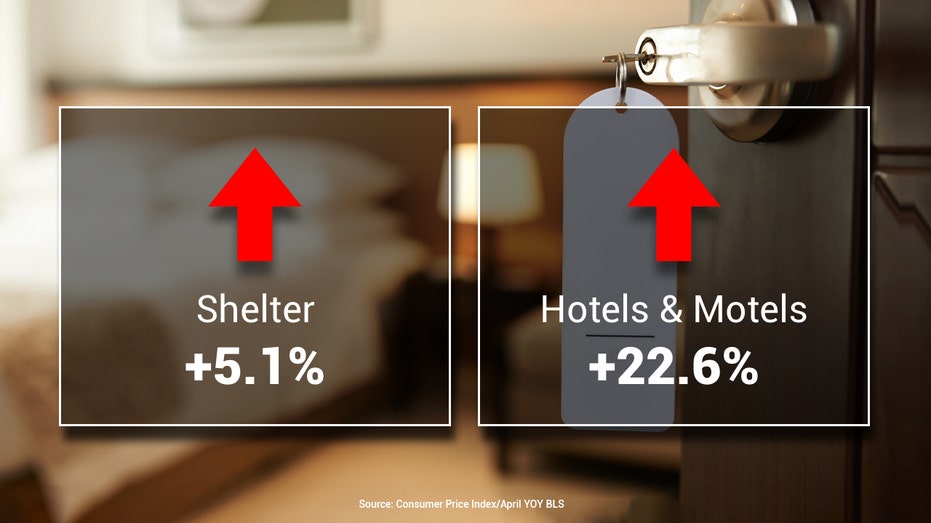 The price of everyday goods that Americans have in their homes is also on the rise.

Shelter costs, which account for about one-third of the CPI, jumped 0.5% for the month and are up 5.1% year over year, the fastest gain since 1991.

Rent costs swelled 0.5% on a monthly basis in April and 5.2% over the past 12 months, a concerning development because higher housing costs most directly and acutely affect household budgets. Another data point that measures how much homeowners would pay in equivalent rent if they hadn't bought their home, also jumped 4.8% over the past year. 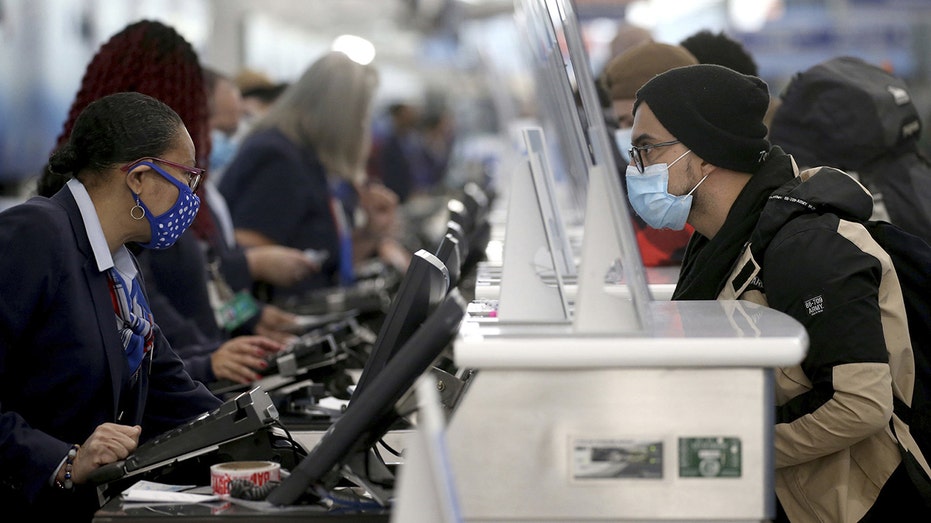 Airline fares have surged as more people begin to travel for vacation and business. Prices soared 18.6% in the one-month period on a seasonally adjusted basis, the steepest one-month increase since the inception of the report in 1963. Airfare costs are up 33.3% over the past year, according to unadjusted data.

In total, the cost of public transportation, including mass transit in cities, is up 21.8% over the past year after climbing 14.4% on a monthly basis in April.

The slight slowdown in headline inflation last month came as energy prices declined 2.7% on a seasonally adjusted basis, driven by a 6.1% drop in gasoline, which had climbed a stunning 18.3% the prior month as a result of the Russia-Ukraine war.

Still, gasoline — on average — costs 43.6% more than it did last year, according to unadjusted data from the Labor Department. The average price for a gallon of gas was at $4.44 nationwide Wednesday, according to AAA, the highest on record. Until this year, prices had not topped $4 a gallon nationally since 2008.