Entertainment tycoon David Geffen gave a $150 million gift to Yale University’s drama school that will eliminate tuition for all degree and certificate programs.

The gift to what is being renamed the David Geffen School of Drama at Yale University is believed to be the "largest on record in the history of the American theater," the school said in a news release Wednesday.

"David Geffen’s visionary generosity ensures that artists of extraordinary potential from all socioeconomic backgrounds will be able to cultivate their talent at Yale," Yale President Peter Salovey said.

His relationship with Yale dates back to the 1978-79 academic year when he led a semester-long seminar on the music industry.

"Yale already provides some of the best professional training available to actors, writers, directors, designers and theater managers from diverse backgrounds," he said in a statement. "Removing the tuition barrier will allow an even greater diversity of talented people to develop and hone their skills in front of, on, and behind Yale’s stages."

He added that he hopes the gift will inspire others to join him in making advanced arts and theater education accessible and affordable to all students.

Theater studies at Yale began in 1925, and many of the country’s artistic luminaries were guided through its curriculum. 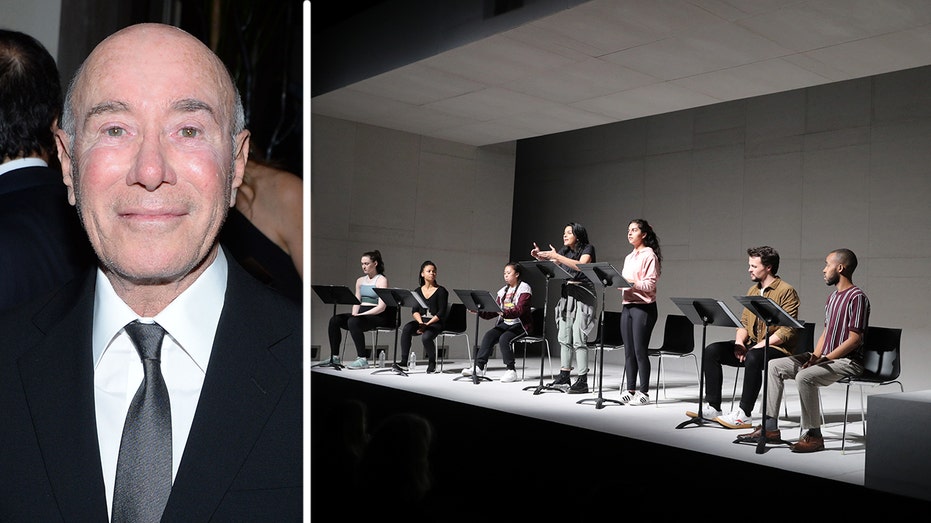 Salovey said Yale is also committed to pursuing additional fundraising for the school, with plans to build a state-of-the-art facility for theater education and production.

"David Geffen’s gift will be transformative for us at the School and for the American theater at large," said James Bundy ’95 M.F.A., the School’s Elizabeth Parker Ware Dean and its leader since 2002. "Full tuition support of our training will help us attract talent from the broadest possible spectrum of potential applicants, and it sends a clear message that Yale is a place where a stimulating mix of gifted students can devote their energies first and foremost to artistry. This will lead to a fuller representation of our society in every aspect of professional practice.

"It is a special joy that this new era dawns as stages at Yale and across the world prepare to resume live, in-person productions after a long pause during the pandemic: more than ever we need the healing and revelatory power of the performing arts and their special ability to transmit and celebrate the human spirit."