Home » Business » With GLS, Mercedes ups the ante for its SUVs in India

The company now offers seven different models of SUVs in India compared to two models a decade ago and contributes around 40 percent of sales up from 30 percent a couple years ago.

With the launch of what it calls its “S-Class of SUVs” or the GLS, luxury car-space Mercedes-Benz now has the largest portfolio of SUVs in its segment. The GLS is its third SUV launch this year after the GLE and the GLC Coupe, Mercedes-Benz officials add.

Historically, Mercedes-Benz has been known as an S Class company, BMW as the 3-series company and Audi as the Q company in a contextual reference to their most popular models as well as what they are best reputed in the market for.

With the launch of the locally assembled GLS that is priced at Rs 99.9 lakh (ex-show room) and comes in two variants (400D and 450 Petrol), Mercedes is upping the ante for its SUVs. 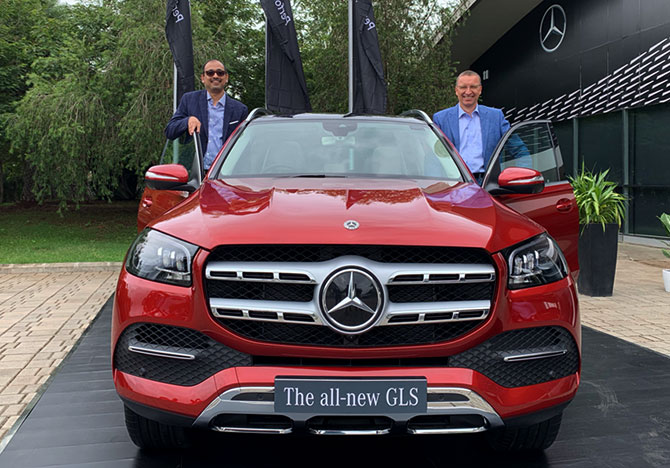 The company now offers seven different models of SUVs in India compared to two models a decade ago and contributes around 40 percent of sales up from 30 percent a couple years ago.

Watch: The all new bigger and better GLS as explained by Santish Iyer, vice president, sales and marketing, Mercedes-Benz India.

“Here in India, it’s the SUVs that are driven mostly by owners who purchase them and we see that trend is growing in the southern cities such as Bengaluru both by volume as well as by the type of Mercedes bought.”

Audi India retails four SUVs that include the  Q3, Q5, Q7, and the recently launched Q8.

Balbir Singh Dhillon, head, Audi India, says: “SUVs have been an integral part of Audi India’s line up since 2006. Our first ever SUV, the Audi Q7, was a success and established the identity of the Q-family that expanded to include the rest. In India, there is an affinity towards the SUV body style and our much-loved Q family of models have successfully catered to this demand.”

The all-new Audi Q8 has created a strong pull and Audi has already ordered its second batch of the personalised SUV, Dhillon said.

Schwenk goes on to add that the new SUV he launched will have all the luxe trappings expected from an S-Class as well as dynamic new feature that is in step with the new environment that the world is grappling with.

“The GLS will also feature a navigation system that tells passengers where the closest Covid-19 testing spot is, in addition to eleven USB ports and a track pad at the rear of the car that allows inhabitants to control seating, temperature, entertainment and lighting functions.”

How has the company seen the lockdown influence sales?

Schwenk says that in the last couple months they have had 100 bookings along with a few cars that have even been delivered.

“One hundred percent of our showrooms are open and operational and receiving and servicing existing customers as well as selling new products in accordance with local laws and state-led regulations,” he said.

However, Audi isn’t going to stand by and let Mercedes steal too much of a march on its core offering anytime soon.