Home » Business » Why are people quitting their jobs?

Dana Peterson is an executive vice president and chief economist at The Conference Board. The opinions expressed in this commentary are her own.

Aside from, “You’re on mute,” “I quit” has likely become one of the most popular sayings in the US over the last two years. But while more people are returning to in-person meetings, quitting does not appear to be letting up. Indeed, an astounding 4.4 million people quit their jobs in April, and there are 11.4 million jobs waiting to be filled, according to the Bureau of Labor Statistics (BLS).

So why are so many workers quitting? Here are four factors driving the so-called “Great Resignation” — and what businesses have been doing to stem the tide.

Higher wages are among the many reasons that workers quit their jobs today. Just prior to the pandemic, the BLS’ labor share of income — the percentage of economic output that goes to workers in the form of compensation — was just 56.7%, not far from the all-time low of 55.5%. Slack labor markets following the long recovery from the Great Recession, along with globalization, technological advancements, fewer unions, and a corporate focus on rewarding shareholders, among other factors, kept wage increases at bay.
But the rapid economic recovery from the pandemic provided the perfect backdrop for many workers to trade up into higher-paying jobs. Indeed, most of the wage increases over the last two years have been for those who switched jobs and less so for those who stayed put, according to the Atlanta Fed wage growth tracker. The tight labor market, and to some degree rapidly rising inflation, has prompted workers to demand that their employers pay up or face an empty seat.

Many businesses are trying to keep their best workers by raising wages and increasing benefits. Our Q2 CEO Confidence survey (fielded in May of this year) revealed that 68% of US CEOs are increasing wages to manage challenging labor market conditions. Raising wages can of course raise input costs and ultimately increase inflation faced by consumers, but it is a tried and true way for not only attracting but retaining talent.

Many people who quit are looking for safer places to work. The majority of quits and job vacancies have come in industries that require interactions with the public and a higher potential to get sick from Covid.
Quits are the highest in leisure and hospitality (813,000 in April), which includes jobs at hotels, restaurants, sporting venues, amusement parks and museums. Quits are high in other sectors too, including professional businesses services — like waste management and janitorial services (809,000) — retail (669,000), health care and social assistance services (541,000), and manufacturing (354,000). Most of these jobs are in-person and/or require a physical presence at work.
In addition, some jobs (transportation, for example, which had 186,000 quits) have become dangerous as high crime rates plagued cities.

Workers have made it clear that they desire more flexibility. The jobs with the fewest vacancies and quits are those allowing more flexible work arrangements, including remote work and non-traditional hours. Traditional office jobs, such as finance, information, legal, consulting, technology and public administration, best accommodate flexibility. For many parents, and mothers in particular, the ability to work from home or have flexible hours are deciding factors in whether to keep or leave a job. 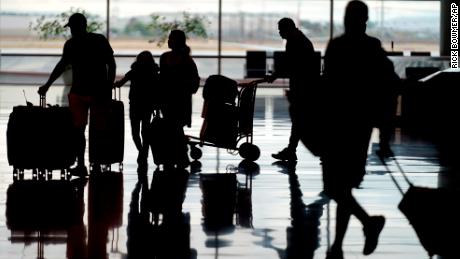 As a result, some employers are turning to more flexible job arrangements, including remote work, contracting and outsourcing, which is a great way to attract and retain talent. Other firms are lowering job requirements (not mandating college degrees, for example), offering training, and even hiring non-traditional workers like the disabled or formerly incarcerated persons.
Indeed, our mid-year C-Suite Outlook 2022 Survey shows that across the globe, 56% of CEOs are already promoting their hybrid work models as a way to address the challenge of hiring quality candidates, while 25% are allowing fully remote working arrangements from anywhere in the world. And 24% are relying more on independent/contractual workers, another 24% are relaxing hiring criteria, and 7% are hiring previously incarcerated persons. All of these methods can help companies better manage the labor shortage.

Many people saw the quitting frenzy and the massive number of job openings as an opportunity to trade up into better working conditions and/or new titles. Others quit as a matter of principle. Some quit jobs due to vaccine mandates or because managers demanded they return to the office.
While work-from-home has its advantages for both employers (e.g., cheaper labor from anywhere) and employees (e.g., savings on commuting times and costs), there are downsides, including the potential loss of productivity, the erosion of corporate culture, and lost opportunities for networking and training for workers.

Still, some workers value the benefits of flexibility over retaining a job — especially with so many other openings available. Ultimately, companies will need to develop an approach — when, where and how work gets done — that’s both competitive within their industries and delivers on the needs of management and employees.
With labor shortages unlikely to subside anytime soon, it’s likely the quitting will also continue. Labor shortages are a huge problem in the US, which will only be exacerbated by an aging worker population, fewer people participating in the labor market post-pandemic, low birthrates and strict immigration laws. Slower economic growth ahead, as the Fed hikes interest rates, should lower job demand somewhat and ease quitting. Indeed, the rapid rise in quit rates may be starting to peak. But, as long as there is not enough labor and workers have options, they will try to find something better.
Source: Read Full Article