Home » Business » ‘We don’t feel pressure to go back’: England’s firms in no hurry to resume office life

From this week, companies in England can decide whether it is safe for employees to go back to the office after the coronavirus lockdown prompted more people to work from home. However, few businesses appear to be preparing for a mass return to desks, meeting rooms and cafeterias on Monday. Here are the views of some firms on the notion of resuming office life.

“We’ve managed remote working very well so far,” says Alan Spurgeon, 48, who is the chief executive of Hedgehog Digital, which helps companies build a more effective presence on the web. “We’ve been really really productive throughout that period, so we haven’t felt that it’s hindered us. Because of this, we don’t feel a pressure to go back in.”

Spurgeon, who employs seven people at Hedgehog’s office in Hayle, Cornwall, says there is no financial pressure at the moment for them to return to the workplace. “We’re a small team and don’t want to put anyone at risk of infection.

“As Cornwall has become one of the few locations people can take a summer holiday in, we are also aware that with a rise in tourists comes a possible increase in Covid-19 infection.”

There are concerns, however, that not returning to the office may have an impact on people’s mental health. “It’s been nearly six months in an isolated work environment and it’s important to be aware that some of the team may be alone at home when working.

“We’re trying to communicate more than usual but it can be a lonely environment. Overall, the team is really positive about not going back into the office. I’ve been asking them all regularly and while I don’t know yet if it’s a bit of a novelty, the feedback so far is positive.” 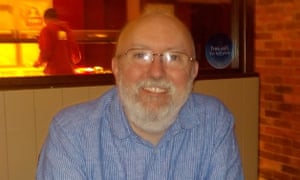 The office used by Carers Centre, a Leicester-based charity that provides support to family carers, is unsuitable for work during a pandemic. “There is too much open space in our current premises and putting up barriers would cause problems for some staff members who are mobility restricted,” says Charles Huddleston, a co-manager at the centre.

“We’ve found a new office on the ground floor with partitioned rooms and we’re hoping to move in September but lockdown has made the process move at a snail’s pace.”

Return to work: a sector-by-sector look at the plans of England’s major employers

Huddleston, 62, says remote working began early on in March at the charity, which has about nine people working in the office with two volunteers at any given time. “We moved to working from home on 18 March before lockdown was announced,” he says. “This was partly because of the vulnerable nature of some of the people we work with and care for. We made sure every member of staff had a computer they could use from home.”

Working remotely, however, means there can be a lack of human contact for some. “All the people who work for us are carers and as individuals might become socially isolated. As an organisation, we’re about people and for people who are socially isolated under normal circumstances, lockdown emphasises that loneliness. Once everything is ready and set up to maximise everyone’s safety, we’ll go back. Not before.”

“We’ve given up our office in London,” says Chris Brown, who works as a “profit for purpose” property developer and employs 35 people. “We are keeping our offices in Nottingham and Manchester but in London we weren’t all coming together very often, preferring to work in the cafe downstairs.”

Conversations about whether an office was needed or not began last year but nothing was decided until the pandemic. “We started to question why we were paying rent for a space that we weren’t using,” the 60-year-old says. “You don’t need a box with desks to invite people for a meeting. In fact, that’s the last place you’d want to do it.”

It has been almost two weeks since Brown and his team moved out of their London office. “We’re not concerned about losing the social side of things. We’re in discussion with the cafe owner about reserving our favourite table on a Friday when they reopen, so we’ll recreate our office space that way.”

What the pandemic has made clear for Jon Sweet, the chief executive of the London-based Lysis Group, is that an office is not needed to be able to work. “We’ve transitioned seamlessly,” says the 54-year-old, who runs a financial consultancy with 150 employees.

“For me as CEO, the biggest question is risk management,” he says. “People are our biggest asset and people who are unwell are not much good to us. The key is do I want the whole team in the same place at the same time? The answer is no.”

Sweet is considering having several smaller satellite offices rather than only one. “We’re thinking of two or three around the M25 and one in central London. We’re right by Bank station and we need some office space there because of customers. But it’s expensive real estate.”

However, there have been some employees who have struggled at home. “We’ve found that some younger employees are finding it difficult to keep up productivity. There are also others with small children, and those who are extroverts, who are feeling the same, so they might be brought back earlier.

“We’re not planning to ditch the office altogether but we’re not going to force people to be in most of the time – maybe once a month.”