B. Wayne Hughes, the founder and chairman of Public Storage whose passion for horse racing culminated with a victory by Authentic in the 2020 Kentucky Derby and Breeders’ Cup Classic, died Wednesday. He was 87.

Hughes died at home at Spendthrift Farm in Lexington, Kentucky, according to an announcement posted on the farm’s website. No cause of death was provided.

He purchased the historic 700-acre farm in 2004 and relocated from Southern California to restore its name and land, returning Spendthrift to prominence as a commercial breeding operation.

Last year, Authentic pulled away down the stretch to win the Kentucky Derby by 1 1/4 lengths in Hughes' 50th year as a thoroughbred owner. The 3-year-old colt was trained by Hall of Famer Bob Baffert, who earned his record-tying sixth victory in the race.

Baffert first met Hughes when he arrived at Santa Anita from Arizona and switched from training quarterhorses to thoroughbreds full-time in 1991.

"I had a cowboy hat and he would invite me to breakfast with him and five other trainers," Baffert told The Associated Press. "I listened to the stories and got to know him when I had one horse. I never thought I'd train for him."

Last year, Hughes partnered with an upstart online ownership group called Myracehorse.com, which offered anyone who paid $206 a microshare ownership interest in Authentic. Over 5,300 people bought in.

"By people buying a small interest, it would attach them to the game," Hall of Fame trainer Richard Mandella told the AP. "He thought that would make some devoted fans, not just casual."

Wearing Hughes' purple-and-orange colors, Authentic went on to win the BC Classic, and Hughes attended at Keeneland to accept the trophy in a crowded winner's circle. The colt also won the Eclipse Award as Horse of the Year. 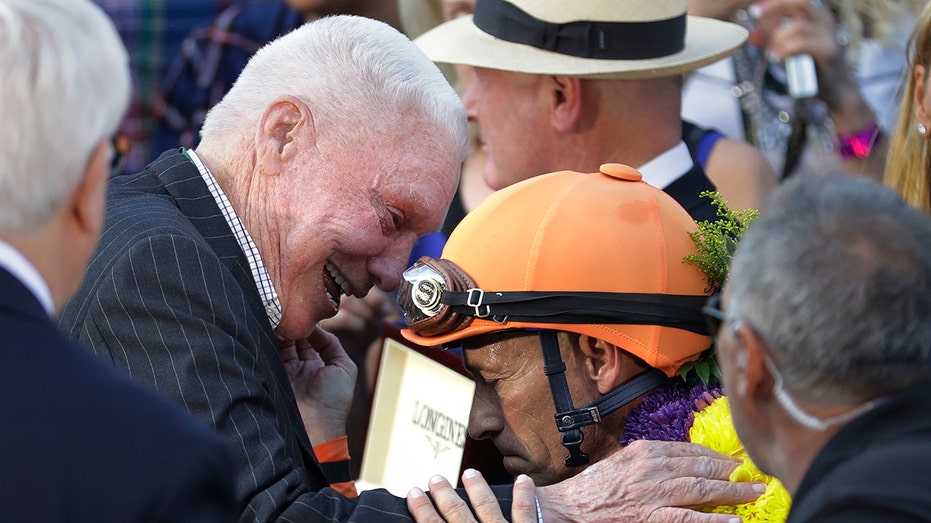 "He's really going to be missed because he made such an impact on the industry," Baffert said. "He wanted to rejuvenate the sport."

Among Hughes' other notable horses were Action This Day, the 2003 BC Juvenile winner and 2-year-old champion; and Beholder, one of three female horses in history to be a four-time Eclipse champion. She won three Breeders' Cup races, among her 11 Grade 1 stakes victories. She stands at Spendthrift as a broodmare.

"He was very blessed, and he knew it," said Hall of Fame jockey Mike Smith, who rode Beholder once. "He's done so much for horse racing, and the horses, too."

Mandella, who trained Beholder during her entire career, recalled Hughes' equanimity in a sport where the losses far outnumber the victories.

"When things went bad, he sucked it up," Mandella said, "and we went on to the next mission."

Born Bradley Wayne Hughes on Sept. 28, 1933, in Gotebo, Oklahoma, he was the son of a sharecropper. He moved to Southern California as a child and was introduced to horse racing by his father who took him to Santa Anita for the first time at age 11.

Known all his life by his middle name, Hughes built his well-known work ethic from a young age, delivering newspapers as a teenager to help pay for tuition at the University of Southern California, where he graduated in 1957. He was inducted into the school's Athletic Hall of Fame in 2012 and was a major donor. He also served in the Navy.

Hughes was founder and chairman of Public Storage, one of the largest self-storage companies in the U.S. He was president and co-CEO before retiring in 2002, when he turned his attention full-time to racing.

"He was the first billionaire I ever met and you never would have known it," Baffert said. "He was successful, but he never quit. He had so much energy."

Hughes created and funded the Parker Hughes Cancer Center in Minnesota, named for his youngest son who died in 1998.

He is survived by wife Patricia, son Wayne Jr., and daughter Tamara Gustavson. He was preceded in death by parents William and Blanche.