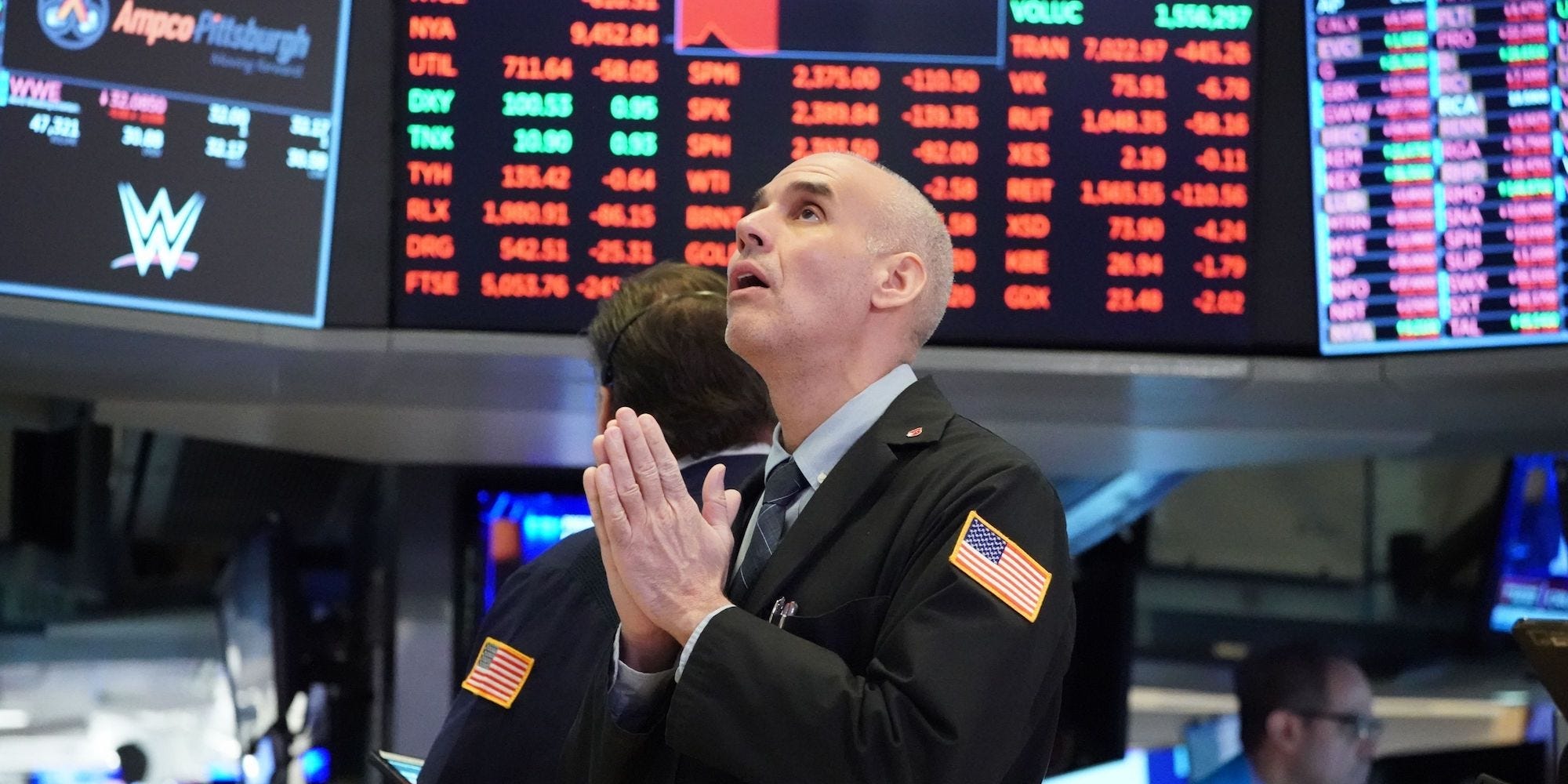 US stocks closed lower on Thursday after paring earlier losses as investors continued to hold out hope for a fiscal stimulus deal to be passed by Congress prior to the November elections.

House Speaker Nancy Pelosi and Treasury Secretary Steve Mnuchin continued negotiations today, with a sticking point remaining to be a plan for a national testing strategy of COVID-19.

President Donald Trump signaled that he was open to a stimulus deal greater than $1.8 trillion, while Senate Majority Leader Mitch McConnell signaled that his limit on a deal was $500 billion.

The fear of a new round of COVID-19 related shutdowns heightened this week after France and the UK began to impose restrictions to help combat the spread of the virus.

Here’s where US indexes stood at the 4 p.m. ET market close on Thursday:

Read more: 200-plus money managers pay thousands to see which stocks are on Jim Osman’s buy list. He details 2 he sees doubling, and one that has at least 50% left to soar.

Weekly jobless claims in the US for the week that ended on Saturday came in at 898,000, surpassing analyst estimates of 825,000 and representing an uptick from the prior week’s adjusted reading of 845,000.

Third-quarter earnings from the major US banks wrapped up on Thursday, as Morgan Stanley beat analysts’ estimates on a surge in trading revenue.

Fastly disappointed investors on Thursday, with shares falling as much as 31% on preliminary third quarter revenue guidance that fell below analyst estimates.

Read more: Lori Keith’s mutual fund has grown 98,000% in 12 years by focusing on unflashy companies. She told us about 7 such stocks that thrived in the recession – and will do even better in the recovery.

Bank of America said Peloton could continue to surge 14% as new products from the connected fitness company could rope in new customers.

Mortgage rates fell to a new low for the 10th time this year, falling to 2.81%, likely helping sustain a surge in the homebuilders industry.