New York (CNN Business)By now, everyone knows about supply chain chaos and rising inflation that are disrupting the holiday shopping season. The Grinch is loose this Christmas.

But there’s good news for shoppers looking to avoid empty shelves and high prices: Products can be found— and for cheap. You just have to know where to shop.
America’s most dominant chains expect to be fully stocked with goods — at bargain-basement prices — for most items this season.

Here’s how they’re beating out rivals.

Walmart (WMT), Target (TGT), Amazon (AMZN) and other top chains have tremendous advantages over smaller companies and mom-and-pop shops and can sidestep problems in the current high cost, supply scarce setup. These retail giants are pulling out all the stops this holiday stretch to stockpile goods, hold prices down for customers and gain an edge over competitors. And it’s likely that by the end of the season, the gulf between America’s largest stores and its smallest will have widened, retail analysts and supply chain experts predict.
“Bigger retailers should be more able to navigate supply chain issues and have better in stocks than smaller retailers without the muscle,” Michael Baker, a retail analyst at D.A. Davidson, said in a note to clients this week. 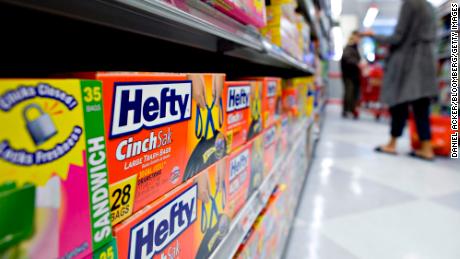 Top chains have long-term relationships with suppliers and the buying power to convince vendors to give them first priority when there are shortages, Thomas Goldsby, the Haslam Chair in Logistics at the University of Tennessee-Knoxville, said in an email. They have locked in contracts with vendors and struck agreements with logistics providers and carriers well in advance of the supply chain crisis, unlike small players who don’t have the financial capability or scale to sign years-long contracts.
This year, Walmart, Target and Home Depot (HD) chartered their own vessels to bring in containers from overseas and deliver them to ports of their choosing — bypassing port bottlenecks that other shippers are running into. They are also airfreighting more goods in than in previous years. These options are too expensive and inaccessible for most independent shops and even medium-sized businesses.
“The fact that large retailers are in a better position is no surprise,” said Goldsby.

Many stores are struggling to secure goods because of raw materials’ shortages, spiking costs for shipping containers, delays at key ports, a lack of truck drivers and other factors. But inventory levels have ballooned by more than $10 billion combined at Walmart, Target and Home Depot in the run up to the holidays. These chains say they’re in great shape.
Walmart’s inventory levels rose 11.5% during its most recent quarter compared with a year ago, the company said Tuesday. “Three years ago, if we would have said our inventory is up 11% I would not have been very happy, but now we called it out in a headline because it shows we are ready for the holidays,” Walmart CFO Brett Biggs said in an interview with the Wall Street Journal.
At Home Depot, inventory grew 27.4% last quarter from 2020. 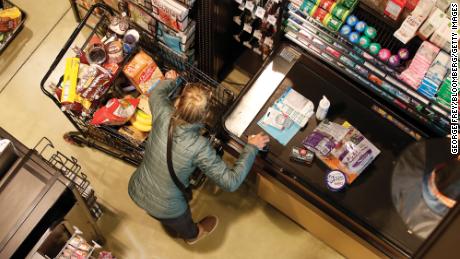 Home Depot’s scale has helped it secure goods over competitors, Edward Decker, the company’s chief operating officer, said Tuesday. Some vendors with limited supplies have even told Home Depot that they’re giving them priority: “‘We can’t service the industry, so we’d rather focus on the best partner,” Decker said vendors have told the company.
Target’s inventory levels increased 17.7% last quarter, the company said Wednesday. Target is “well positioned” on key holiday products such as toys and gifts to celebrate the holidays, Target chief operating officer John Mulligan said Wednesday. This will help Target “continue to take market share as we go through the holiday season.”
Amazon has also “done a good job of lining up inventory commitments that are larger than normal,” chief financial officer Brian Olsavksy said on a call with analysts last month. Amazon is using more containers and bringing in goods to new US ports to dodge clogged entryways on the West Coast.

Go on a hiring spree

While big chains are loading up on goods, the picture is much different for small stores.
According to a recent survey by the National Federation of Independent Business, a lobbying group for small businesses, 39% of small business owners reported in October that supply chain disruptions have had a significant impact on their business. Another 29% reported a moderate impact. Only 10% reported no impact from supply chain disruptions.
“One of the biggest problems for small businesses is the lack of workers for unfilled positions and inventory shortages, which will continue to be a problem during the holiday season,” said NFIB chief economist Bill Dunkelberg.
Meanwhile, companies such as Walmart and Target are hiring hundreds of thousands of workers this holiday stretch and they say they’re not having much trouble filling jobs.

Eat into your profit

Additionally, small stores typically have less financial flexibility to absorb higher costs and keep prices low for customers than large competitors.
Walmart and Target, however, say they are raising prices at a slower pace than competitors. Although that is hurting their profit margins, they’re betting the strategy will help them win budget-conscious consumers looking for stores that offer the lowest prices as rising inflation squeezes their wallets.
Walmart, for example, said its price gaps with competitors are wider than they were before the pandemic because the company is absorbing some costs instead of passing them off to customers.
“Our price gaps are where we want them,” Walmart CEO Doug McMillon said on a call with analysts Tuesday.

This could help Walmart gain market share this holiday and into 2022 with a growing number of customers looking to trade down to cheaper stores.
Seventeen percent of shoppers said they planned to shop at different retailers if prices continued to rise, according to a survey of more than 14,000 shoppers conducted online in September by consumer research firm Numerator.
Source: Read Full Article