Home » Business » The Fed should pull back 'excessive emergency conditions' that have become a market risk, BlackRock's Rick Rieder says 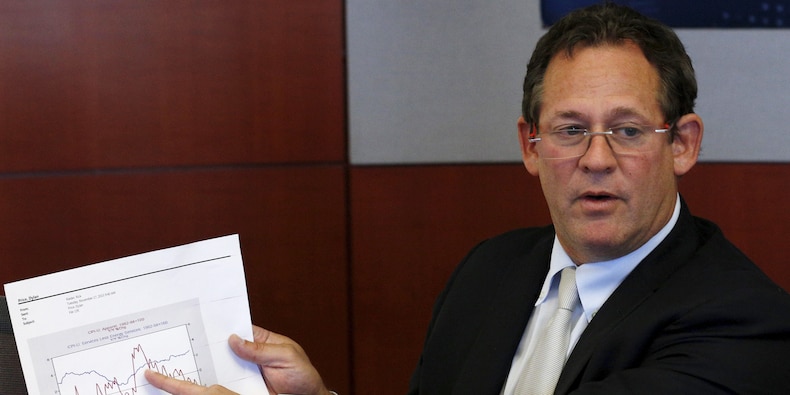 BlackRock's Rick Rieder said he is confident that the market is ready for the Fed to taper its asset purchases and remove "excessive emergency conditions" that have become a market risk in an interview with CNBC on Monday.

Rieder, BlackRock's chief investment officer of Global Fixed Income, said that, unlike times in the past, the Fed tapering asset purchases won't be "scary" for markets.

"There's nobody in fixed income who doesn't know this is coming…there's nobody in the markets that doesn't know this is coming and it's just not that scary," Rieder said. "I mean we can go back to other periods in time where the Fed tapered and maybe it was a bit disruptive in terms of the way they did it. This Fed has seen the playbook, knows the playbook and it's not that scary at all."

The BlackRock fixed income CIO added that he believes it's a bigger risk if the Fed doesn't pull back on its asset purchases. Rieder said the Fed is buying $40 billion of agency mortgages that trade at a negative forty basis points spread every month and they "don't need to keep doing that."

"We're operating under the same conditions we were before the vaccine. The Fed can pull this back," Rieder said.

"I think it's a bigger risk that they don't start tapering," he added.

Rieder explained that the major concerns of investors and CEOs are overheating, accelerating wage pressures, and rising input costs, which means the Fed can pull back on "excessive emergy conditions" and "we would be just fine."

The Federal Reserve has held its benchmark interest rate near zero and bought $120 billion in assets each month to support the economy throughout the pandemic.

Fed Chairman Jerome Powell has repeatedly said the Fed won't be tapering asset purchases until "substantial further progress" has been made in healing the US job market.

The Federal Open Market Committee's April meeting concluded with an agreement to maintain rates and the pace of asset purchases, but minutes published in mid-May signal a change is at least being considered.

"A number of participants suggested that if the economy continued to make rapid progress toward the Committee's goals, it might be appropriate at some point in upcoming meetings to begin discussing a plan for adjusting the pace of asset purchases," minutes revealed.

Now, comments from Rieder and economists like Mohamed El-Erian-who published an op-ed for Bloomberg last month titled "Fed Should Start Tapering, but It Won't" – are adding to calls for the central bank to change its tune now that the global economy is slowly coming out of the pandemic.