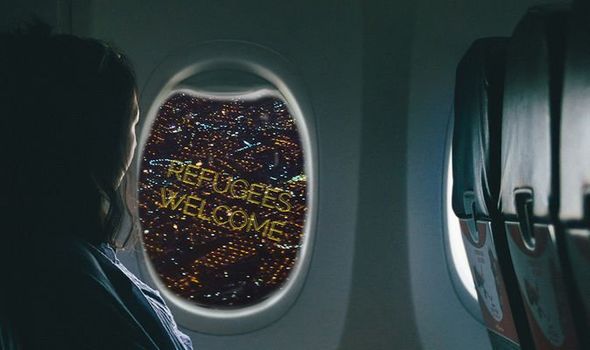 The first major retailer to do so, the move is being led by its own charity, the Co-op Foundation, which has made an initial £250,000 grant to Refugee Action. The national charity helps refugees to rebuild their lives and the Co-op is acting as a catalyst for those wanting to respond to the crisis following the military withdrawal from Afghanistan.

The Co-op Foundation says it sees the grant as just the start of a national collaborative effort and is calling for wider support for the reform of the refugee protection system by inviting other funders, businesses and organisations to join its endeavour.

The Foundation’s grant will help Refugee Action to:

• Provide direct support and advice to people who’ve fled to the UK from Afghanistan and other countries through its own front-line services and in collaboration with a nationwide network of community organisations.

• Empower refugees and people in the asylum system to influence the issues that matter to them.

Refugee Action specialises in welcoming and supporting refugees in the UK. For the last 40 years, they’ve helped tens of thousands of people fleeing crises in Vietnam, Bosnia, Syria and many other places.

The charity is now extending the same support to refugees arriving from Afghanistan, while also helping some of the most vulnerable people in communities experiencing extreme poverty and homelessness while awaiting an asylum claim.

Thanks to this new grant, Refugee Action will be able to support even more people as they begin to rebuild their lives here in the UK.

And the Co-op is also working hard to support refugees through its vision of Co-operating for a Fairer World.

When members buy selected Co-op branded products and services, 2p for every pound spent is shared equally between the Local Community Fund for local causes and a new Community Partnerships Fund, that supports communities through like-minded national charities and organisations.

Co-op members have raised over £200,000 for local groups working with refugees in recent years and the support is expected to continue when the new round of local causes is announced in October.

The Co-op Academies Trust offers places to recent migrants, refugees and people seeking asylum and the Trust has written to all education directors in areas with Co-op Academy schools to indicate its willingness to take additional children from the newly-arrived Afghan community.

Many of the 1,000 Co-op Member Pioneers across the UK are connected to groups working with refugees.

“It’s heartening to see communities across the UK come together to support and welcome Afghan refugees who’ve been evacuated and are now arriving in the UK,” says Co-op CEO Steve Murrells.

“As an organisation that has close affinity with 1,500 communities across the UK, the Co-op is in a unique position to mobilise support for these brave and traumatised people who are leaving behind their country and, in some cases, their families – beginning what will probably be a long journey to start a new life in a foreign country.”

The Co-op Foundation’s chief executive Nick Crofts agreed, commenting: “The scenes in Kabul have made a big impact on public opinion, and we believe there is now an opportunity for funders and charities to work co-operatively to make a difference.

“Our focus is on immediate support for Afghan refugees in crisis and longer-term positive change for the wider refugee and asylum system.

“I know many of our people want to do something and so I would urge them to donate to Refugee Action or any of the other charities working in this sector.”

“We are so grateful to the Co-op Foundation and to everyone across the Co-op for their support at this crucial time,” declared Refugee Action’s chief executive Tim Naor Hilton.

“The scenes from Afghanistan, of people fleeing in terror from the Taliban, have united us all in horror and grief. Over the last few weeks, we’ve seen first-hand the depth of that horror while we provided round-the-clock emergency support to evacuees from Afghanistan arriving at UK airports.

“Now we look ahead to the enormous challenge of ensuring everyone seeking safety in the UK from Afghanistan and around the world is welcomed, supported, and treated with dignity. So, there could not be a more welcome time to begin this vital new partnership with the Co-op Foundation.”