With an Emmy win and a hit Apple TV+ series under his belt, Jason Sudeikis is having one big year.

The show, of course, is "Ted Lasso," where Sudeikis plays an upbeat and good-natured American football coach who takes charge of a professional British soccer team despite knowing little about the game.

The fish-out-of-water comedy has been a welcome escape for many fans dealing with pandemic blues and other stressful events marking the past 15 months. The second season of the series explored the mental health struggles of Sudeikis' character. And its anyone's guess what the third — reportedly set to begin filming in January — will bring.

Amid the success, Sudeikis recently returned to his hometown of Kansas City to host Thundergong!, an annual benefit concert for a charity that helps amputees who lack proper health coverage pay for prosthetic limbs.

The event, which will stream Saturday, will raise money for Steps of Faith Foundation. The Kansas City-based organization is headed Billy Brimblecom Jr, a drummer and longtime friend. Sudeikis fundraised to get Brimblecom a prosthetic leg after he was diagnosed by a form of cancer that required him to undergo a leg amputation.

The AP recently talked with the two friends about the concert, Ted Lasso and other things. The interview was edited for clarity and length. 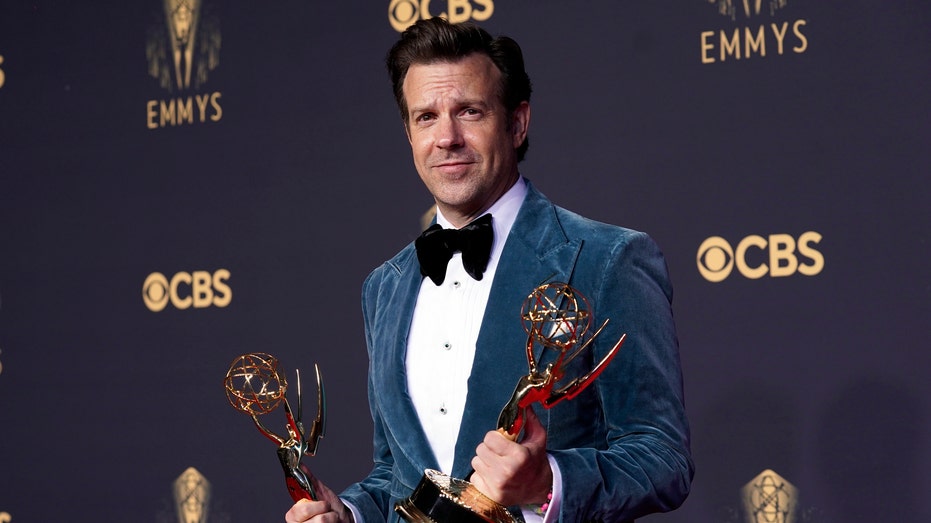 Jason Sudeikis appears with his awards for outstanding lead actor in a comedy series and best comedy series for “Ted Lasso” at the 73rd Primetime Emmy Awards in Los Angeles Sept. 19, 2021. Sudeikis returned to his hometown of Kansas City to host Thun

AP: I read you two met at an improv workshop in Kansas City in 1995. What was that meeting like?

Sudeikis: We did a thing called "Comedy Sportz," which still exists in a few cities. Although in Kansas City, it's now called "Comedy City." We were doing workshops. I think we auditioned and they liked the cut of our jib. I was a junior. No, I just graduated. Right? Was it the summer of ‘94 or ’95?

Brimblecom: It was the summer of ‘95. I auditioned in the spring of ’95. I was a senior, and you were at Fort Scott.

Sudeikis: Yeah. We were just doing workshops, like a six-week workshop or something like that. I think we auditioned and they liked the cut of our jib. We hit it off there.

AP: Billy, many people would argue the work that you do shouldn’t be dependent on charities, or fundraising. And that we need a bigger overhaul of our health care system to address it.

Brimblecom: Oh, how much time we got? The fact that I have this job is ridiculous. The fact something like Steps of Faith needs to exist, and that somebody who has lost a limb is not just covered is injustice.

AP: What do you think of that, Jason?

AP: What should people expect to see if they tune into the concert on Saturday?

Brimblecom: They should expect just a really fun show. It's funny and sweet, and it rocks. There’s great music. This is the most, I think you would agree, Jason, this is the most diverse lineup we’ve had.

Sudeikis: Yeah, it’s definitely a musical variety benefit concert. We have a bunch of bands and solo artists, but also comedians, like Will Forte, Fred Armisen, and Heidi Gardner, all SNL active and alums. Fred and Will have done it every year. Heidi is from Kansas City. 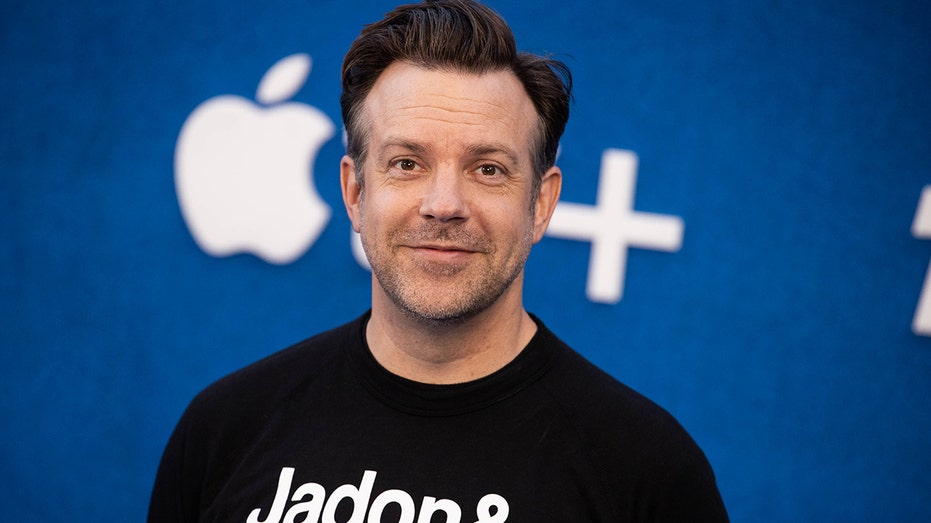 AP: Is there a particular amount that you want to raise this year?

Sudeikis: We’re trying to help 185 people. I went out on a limb and said, I think we could get 200. Billy knows better than me because he’s actually in it.

Brimblecom: I look at the P&L.

Sudeikis: Yeah, I don’t even know what P&L means. (laughs)

Brimblecom: It’s profit and loss. I didn’t learn it until I had this job.

Sudeikis: And beyond. They probably get the internet elsewhere.

AP: Well, what do you guys think about aliens? That’s a good question.

Sudeikis: (Laughs) Well, if they’ve got money to give to help us out, we’ll take it.

Brimblecom: Where do you think ‘cryptocurrency’ comes from?

Brimblecom: (laughs) We’ll take it all.