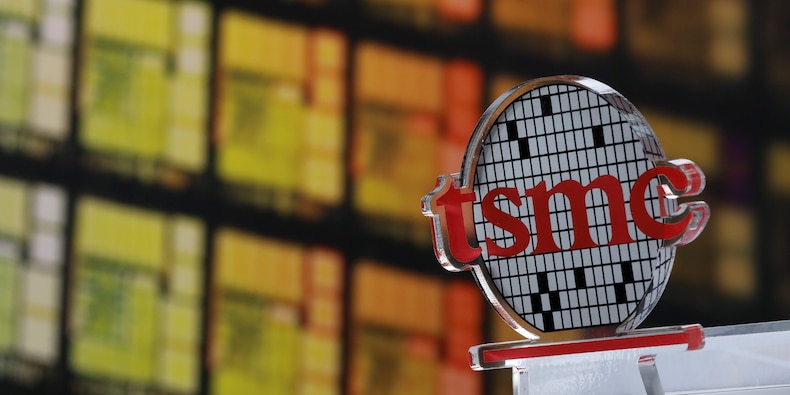 Intel's new CEO Pat Gelsinger laid down plans to directly compete with Taiwan Semiconductor and its South Korean rival Samsung in the foundry business creating chips for companies around the world.

"Intel is back. The old Intel is the new Intel," Gelsinger said in a March 23 virtual presentation. "We're going to be leaders in the market and we're going to satisfy the new foundry customers, because the world needs more semiconductors and we're going to step into that gap in a powerful and meaningful way."

Intel is taking advantage of incentives from both federal and local governments to help roll out its new factories after President Biden signed an executive order to bolster US supply chains amid a worldwide semiconductor shortage in late February.

Taiwan Semiconductor shares continued their more than month-long fall on Wednesday after the Intel news broke. The stock is down roughly 20% from February 16 record highs.

In a note to institutional investors on Wednesday, Wedbush's Brad Gastwirth said he believes TSMC's fall on the Intel news is overdone.

The Chief Technology Strategist said he sees Intel's new foundry business as an expensive move that could have an "elongated" production timeline, not producing any revenues for Intel until 2022 or 2023.

Taiwan Semiconductor has enough of its own problems without Intel's move into the foundry business.

A water shortage has threatened production at TSMC for over a month now, and Bloomberg reported on Wednesday that the water supply to chip makers has been cut entirely as a drought continues to lower water reserves in the island nation. 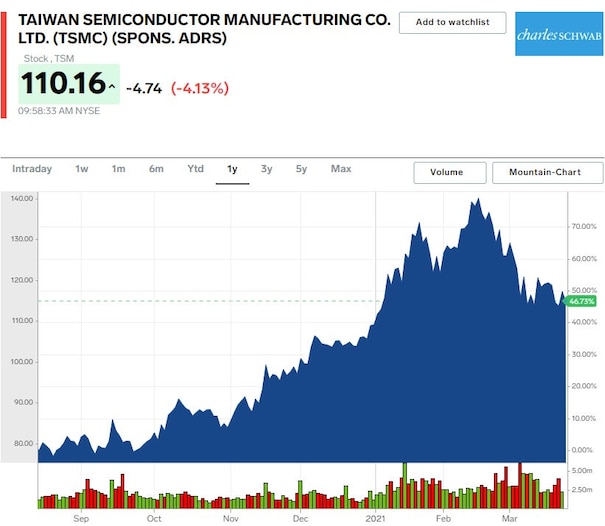