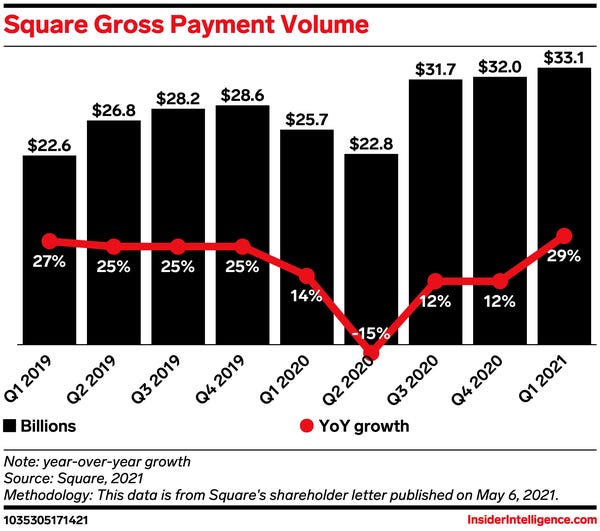 Square’s recent Tidal acquisition can keep the company on its growth wave past Q1 by creating unique payment opportunities. Dorsey confirmed the closing of the deal, which gave Square majority stake in the music-streaming platform that was previously owned by music mogul Jay-Z, who has now joined Square’s board of directors. Dorsey added that the acquisition will “provide an opportunity to help drive engagement around a lot of tools that you might find in [Square’s] seller base and a lot of experience you would find in Cash App.”

Though it remains to be seen how exactly Square will leverage Tidal, the platform can open up new revenue-generating opportunities for the payments giant that should benefit Cash App and other parts of Square’s ecosystem. For example, Square could  integrate its ecommerce capabilities into the music platform so it can collect payments from the service.