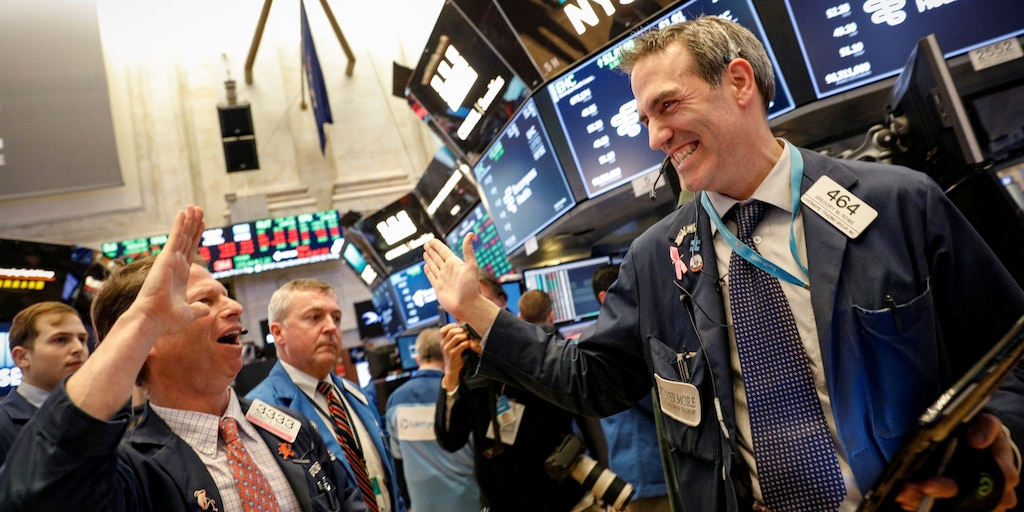 The S&P 500 closed at a record high on Tuesday for the first time since February amid positive housing-market data and a broad tech rally.

The benchmark index has rallied more than has rallied 52% from its March low, reached during the height of the coronavirus pandemic, and is up 5% year-to-date.

The rebound marks the fastest-ever recovery from a bear market after the pandemic spurred the swiftest 20% decline on record. The market’s rapid rally has been supported by government aid, monetary stimulus from the Federal Reserve, and strong gains from major technology companies.

Here’s where US indexes stood at the 4 p.m. ET market close on Tuesday:

Read more: RBC says buy these 47 stocks spanning every industry that are poised to crush the market if Joe Biden wins in a wave election

“Even the most optimistic people in March were unlikely to have expected the market to recoup all of its losses in less than 5 months,” said Chris Zaccarelli, chief investment officer for the Independent Advisor Alliance. “The massive amounts of liquidity that the Federal Reserve has injected into the system is as big reason for the stunning recovery that we have just witnessed.”

The Nasdaq also closed at another record high, with giants such as Amazon, Tesla, Apple, and Alphabet pushing the tech-heavy index higher.

Stocks were boosted Tuesday when the Commerce Department reported that housing starts increased by 22.6% in July, the latest proof of the recovery in the sector. The jump was more than economists expected and marked the third straight month of increases.

The positive housing data outweighed stalled talks on the next stimulus bill. Negotiations between Democrats and Republicans on the next package appear to have reached a stalemate, signalling that another round of aid isn’t likely to come soon. Still, investors seem to expect that another stimulus bill will be passed eventually.

In addition, on Monday, the US Commerce Department issued new rules tightening Huawei’s access to foreign chips, the latest move in the Trump administration’s crackdown on the technology company. This could complicate issues between the US and China.

Earnings season continued, with Walmart and Home Depot both reporting results that beat Wall Street’s expectations on Tuesday. Target and Nvidia are scheduled to report earnings on Wednesday.

Oil slipped as traders awaited US supply data and an OPEC+ meeting on Wednesday. West Texas Intermediate crude fell as much as 1.8%, to $42.11 per barrel. Brent crude, the international benchmark, declined 1.3%, to $44.76 per barrel, at intraday lows.

Read more: Michael Venuto’s firm provides unique ETFs that have returned as much as 60% for investors this year. He breaks down his process — and shares the ‘anomaly’ investors need to watch today.