Rupert Murdoch’s News Corp., Bertelsmann’s Penguin Random House and French conglom Vivendi have emerged as top contenders for Simon & Schuster with bids for the storied ViacomCBS publisher due in before Thanksgiving, according to a person familiar with the situation.

ViacomCBS put the company on the block in early March before the pandemic hit along with several other assets it considers non-core as looks to build up cash to invest in content and streaming. In late March, it said it had received several dozen inquiries. Those have now been narrowed down with three of the sector’s biggest strategic buyers in pole position. The sale could bring in as much as $1.7 billion, the person said.

The publisher’s revenue rose 20% last quarter on bestselling titles Too Much and Never Enough: How My Family Created the World’s Most Dangerous Man by Mary Trump and Bob Woodward’s Rage. On an earnings call earlier this month, ViacomCBS CFO Naveen Chopra called Simon & Schuster “very valuable.”

ViacomCBS recently closed a $500 million-sale of CNET. It has also put CBS’ historic Manhattan headquarters, Black Rock, on the block.

Simon & Schuster, founded in 1924, was acquired by Viacom in the ’90s when it bought Paramount Communications. It moved to CBS when Viacom and CBS split in 2006 and came back into the fold of a combined company in the merger that closed last December. It publishes 2,000 titles a year from authors from Stephen King to Doris Kearns Goodwin

ViacomCBS shares were up nearly 2.5% in a down market Tuesday. News Corp. shares also popped, about 1.5%. Bertelsmann is traded on the Frankfurt stock exchange and Vivendi n Paris.

Media analyst John Janedis said in a note Tuesday that a $1.7 billion price tag – which was first reported in the New York Times today – would be significantly higher than his circa $780 million valuation. Proceeds could help fund ViacomCBS’ upcoming streaming service Paramount+ or NFL rights, he said, noting that a deal at that price could add $1 a share to the company’s equity value.

The question of antitrust could come up. A combination of Simon & Shuster, by Penguin Putnam in particular, would command a big chunk of the U.S. market. The sector has been squeezed  by competition, especially by Amazon, and seen major consolidation in recent years.

Representatives for ViacomCBS and News Corp. declined to comment. Reps for Vivendi weren’t immediately available. A Bertelsmann spokesman said the company doesn’t comment on deal speculation but noted, “We have stated in the past that Penguin Random House wants to grow organically and through M&A. This is still the case.”

Bertelsmann CEO Thomas Rabe was quoted on Tuesday in the Financial Times as saying the world’s largest book publisher “would, of course, be interested in Simon & Schuster.”

Early this year, Vivend acquired Editis, a collection of 48 European publishing houses. The deal raised the possibility that the company might look to acquire a U.S. publisher. Vivendi briefly owned U.S. publisher Houghton Mifflin a decade ago. 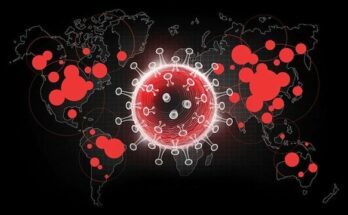