Lloyd’s of London, the world’s oldest insurance market, and pub chain Greene King said in statements late Wednesday that they would take steps to make their businesses more racially inclusive and provide financial support to black and minority ethnic groups. 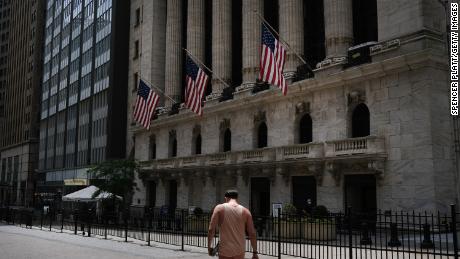 The companies are highlighted in a University College London database exploring the legacies of British slave ownership. Companies with links to Lloyds Banking Group (LYG), Royal Bank of Scotland (RBS) and Barclays (BCS) are also mentioned.

Britain enslaved 3.1 million Africans between 1640 and 1807, transporting them to colonies around the world, according to Historic England, a public body. The database shows that the family of Simon Fraser, a founding subscriber of Lloyd’s of London, owned slaves on an estate in what is now Guyana.
“Lloyd’s has a long and rich history dating back over 330 years, but there are some aspects of our history that we are not proud of,” the company, which insured slave ships, said in a statement. “In particular, we are sorry for the role played by the Lloyd’s market in the eighteenth and nineteenth Century slave trade. This was an appalling and shameful period of English history, as well as our own, and we condemn the indefensible wrongdoing that occurred,” it added.

The company said it values an “inclusive culture” and has committed to a number of new diversity initiatives, including a program to attract and retain black and minority ethnic workers. It said it will review employee policies and the way it presents its history, and provide an undisclosed amount of money to organizations promoting opportunity for black and minority ethnic groups.
Greene King founder Benjamin Greene was compensated by the UK government when he relinquished slaves on his sugar cane plantations in the West Indies, according to University College London. The money he was paid would be worth nearly £3.6 million ($4.5 million) today, according to the university.
“It is inexcusable that one of our founders profited from slavery and argued against its abolition in the 1800s,” Greene King CEO, Nick Mackenzie said in a statement. “Today, I am proud that we employ 38,000 people across the UK from all backgrounds and that racism and discrimination have no place at Greene King,” he added. 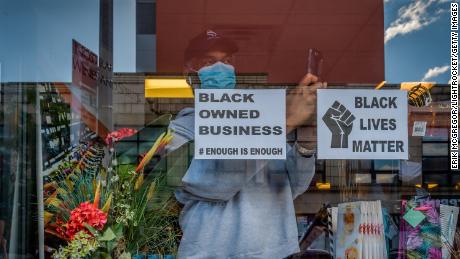 Mackenzie said the chain, which was purchased last year by a company belonging to Hong Kong billionaire Li Ka-shing, plans to make a “substantial investment” to benefit the black and minority ethnic community, and support race diversity in its business. The Telegraph was first to report the news.
The University College London database also shows that individuals linked to firms later absorbed by Lloyds Banking Group, RBS and Barclays received compensation for slaves.
“A lot has changed during the 300 year history of our brands and while we have much within our heritage to be proud of, we can’t be proud of it all,” a Lloyds Bank spokesperson said in a statement. “Like any institution that is so interwoven with our country’s history, we must acknowledge and learn from our past,” the spokesperson added.
Lloyds Bank said that in 2018 it committed to filling 10% of all positions and 8% of senior management roles with individuals from a black, Asian or minority ethnic background by the end of 2020.
RBS (RBS) said in a statement that it has looked into its historic links with slavery “extensively” over the past 15 years, and opened its archives up to academics and historians to conduct their own research. The bank said it has set up a task force led by black and minority ethnic employees to look at what more it can do to tackle racial inequality, including financial contributions to black and minority ethnic groups.
Barclays acknowledged that its history “is being examined following recent events.”
“We can’t change what’s gone before us, only how we go forward. We are committed as a bank to do more to further foster our culture of inclusiveness, equality and diversity, for our colleagues, and the customers and clients we serve,” a spokesperson said.

Black Lives Matter protests have erupted across the United Kingdom in recent weeks after George Floyd, an unarmed black man, was killed by a police officer in the United States. UK protesters tore down a statue of slave trader Edward Colston in Bristol on June 7 and tossed it into a nearby river. 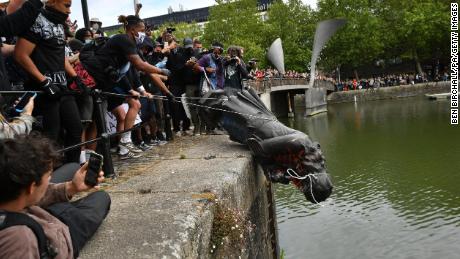 There have been calls to remove several other statues of historical figures who supported slavery and colonialism, and London mayor Sadiq Khan is reviewing the capital’s statues and street names with a view to remove any with links to slavery. Oxford University’s Oriel College said Wednesday that it wishes to remove a statue of colonialist Cecil Rhodes.
Major companies around the world are also grappling with how to address racial injustice. Many have pledged to increase minority hiring and some have donated to charitable organizations. 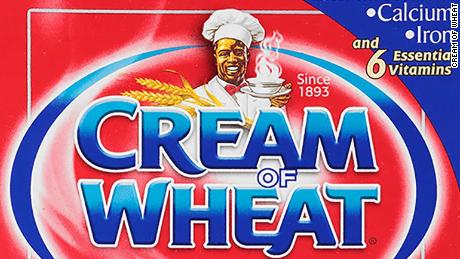 A handful have even taken steps to acknowledge past racist behavior or problematic branding. The corporate owners of Cream of Wheat, Aunt Jemima and Uncle Ben’s have pledged to review or overhaul the brands, which have long been criticized for perpetuating racial stereotypes.
When colonial slavery was abolished in 1833 the British government paid £20 million ($25 million) to compensate slave owners, while the enslaved received nothing. In today’s terms that equates to around £16.5 billion ($20.6 billion), Historic England said on its website. The money the UK government borrowed to fund the Slavery Abolition Act was fully repaid only in 2015 due to the type of financial instrument used, according to the UK Treasury.
Source: Read Full Article