Scott Galloway is a marketing professor at New York University’s Stern School of Business, and a writer and podcast host. His new streaming show No Mercy, No Malice is now airing on CNN+. The opinions expressed in this commentary are his own.

Remember when Adam Neumann, the CEO of WeWork, pronounced that his startup was going to “elevate the world’s consciousness” versus what the company really did, which was renting desks? There’s a term for that: “Yogababble.”

Yogababble is an attempt to smear Vaseline over the lens of truth, and often used by entrepreneurs to make their company, brand or products appear more compelling than they actually are. It enables founders to fog over the difference between truth and illusion and has become a viable formula for cheap capital — using visionary language to tickle our tribal senses and distract the public from the cold truth of numbers. 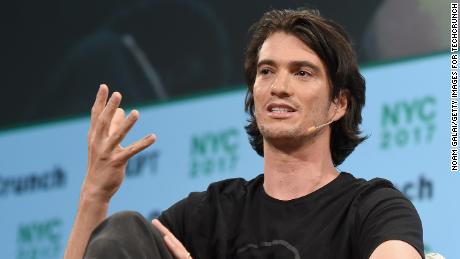 Case in point? Elon Musk. In April of 2019, Musk said Tesla would have more than 1 million robotaxis capable of driving themselves in 2020. The number of these cars on the road in early 2022? You guessed it: zero. (Tesla has rolled out a suite of driver-assist features, but the cars aren’t fully autonomous yet. It hopes the features will eventually enable the cars to drive themselves.)

Yogababble statements aren’t just the errant missives of CEOs with God syndrome — it’s often codified into a company’s culture. At best, a company’s mission statement describes the purpose and value of its product in a clear, concise manner.  However increasingly, these statements massively exaggerate the cosmic relevance of a firm, obscuring its actual product and means of generating revenue.
Here’s another example: Peloton says it sells happiness — no, it sells exercise equipment.  However, selling happiness is sexier, attracting cheap capital and a cult-like fascination with the brand that led to a valuation of $50 billion.

Today, the market capitalization is roughly $9 billion and likely would fall further if not for recent speculation the firm may be acquired, looking for the attention of influential wealthy people, whether they’re happy or not.

Let’s be clear, “entrepreneur” is a synonym for “salesperson,” and “salesperson” is the pedestrian term for “storyteller.”  We entrepreneurs are all impostors who must deploy a fiction or story that captures imaginations and capital to pull the future forward and turn rhyme into reason.

No business I have started, at the moment of inception, made any sense — until it did. (Or didn’t.)  This is not the same as lying.  There’s a real distinction between an entrepreneur and a liar: Entrepreneurs believe their story will come true, while fraudsters know they are lying and plan to hit the exit before the reality is revealed. 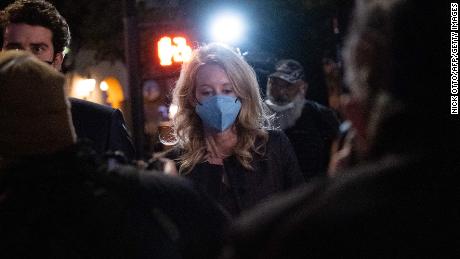 Said differently, Elizabeth Holmes might have been one funding round away from being at Davos versus in a jail cell. The line is thin.  Holmes lied and raised $945 million from investors and is headed to prison.  Neumann exaggerated, raised billions from investors and was forced out of the company, but he walked away with millions of dollars.
Source: Read Full Article