SAG-AFTRA presidential candidate Matthew Modine and his running mate, Joely Fisher, have emailed the union’s entire membership, accusing their opponents – Fran Drescher and Anthony Rapp – of not being ready to lead because they have no record of service in union office or on its boards or committees. They also accused the union’s current leadership of having misled the members about the “dire” situation the SAG-AFTRA Health Plan was in last year – a charge that the ruling Unite for Strength party calls “The Big Lie.”

“While we respect our opponents and their activism and appreciate their desire to serve,” Modine and Fisher said in their email, “it doesn’t make them prepared to step into leading the nation’s largest entertainment union. Our opponents have bragged that they can ‘pick it up, quick.’ This isn’t a cold read. There’s no improv. Our opponents – hand-picked by leaders who abandoned the chaos they created and chose not to run again – are asking you to believe they are ready, just because they say so. It is unacceptable. This is a critical undertaking that represents potential life-altering decisions made on behalf of our members.”

Fran Drescher On Running For SAG-AFTRA President: “Everything That I Have Done In My Life Has Led Me To This One Defining Moment” – Q&A

Modine and Fisher, running at the top of the MembershipFirst slate, also blasted the current leadership of president Gabrielle Carteris, who has endorsed Drescher and Rapp and is running for a national board seat as part of their Unite for Strength and USAN ticket.

“First and foremost, our union members deserve experienced leaders you can trust,” they said. “During this time of extraordinary industry change and growth, our members must have a president and secretary-treasurer with foundational knowledge of union operations and years of experience under their belts.

“At this critical juncture, you deserve Leaders who are prepared, on day one, to tackle serious issues – with serious solutions; who can lead tough negotiations on your behalf; who will strive to provide safe work environments and improve the financial opportunities of all 165,000 SAG-AFTRA members. We are those leaders.

“We have dedicated years and untold hours serving on the national and local boards and committees, working on your behalf. We have fought for you, our union family. You are our priority. The choice is yours. Our opponents who want to learn on the job? Or experienced, vetted candidates who are prepared, day one, to go to work for you.”

Health care is one of the main issues for MembershipFirst, which accuses the ruling party of failing to prevent the need for the trustees of the SAG-AFTRA Health Plan to increase eligibility requirements earlier this year in order to keep it the Plan from running out of reserves by 2024.

“They say the union isn’t responsible for what happened to almost 12,000 members when they lost healthcare,” Modine and Fisher said. “Our opponents are defending the decisions of the ruling administration that claim they ‘had no idea’ the health plan was failing and that it was the only thing the trustees could do. This is simply false. The truth is they did know and they bear responsibility. The very fact that they are defending horrible policy failures proves they are not only part of the ongoing problem, but should disqualify them from running the union.

“Our SAG-FTRA Health Plan situation is dire. The mismanagement by current leadership and the trustees operating in bad faith resulted in over 11,750 participants (plus their dependents) losing coverage. Members who used to qualify for health coverage under the previous tiered program no longer do. Seniors were kicked off the plan with no warning although they were assured they would have SAG-AFTRA insurance ‘for life.’ They believed that promise. What is a union for, if not to keep its promises to its vulnerable members?

“In July 2020, current SAG-AFTRA leaders spent over $145,000 of your dues money to send you four rounds of postcards extolling the virtues of the new TV/Theatrical Contract and urging you to vote yes. Included in the ‘wins’ was this statement: ‘Up to $54 million in health insurance contributions” – thus making a false assurance that the plan was stable.

“Here is the truth: The looming, disastrous underfunding of the Health Plan was kept secret from Negotiating Committees, The National Board – and you, the members. They actually encouraged members to vote for a contract that would further weaken our Health Plan.

“Certain SAG-AFTRA executive staff serve as Trustees of the Health Plan. Two were intimately involved in three major contract negotiations: The 2019 Commercial, 2019 Netflix and 2020 TV/Theatrical contracts. Certain members who are also Trustees sat on these same Negotiating Committees and also on the National Board.

“The Health Plan Trustees knew the Plan was in dire need of new/extra funding while negotiating these major contracts. Neither Union Staff Trustees nor Union Member Trustees – told anyone on the Committees or National Board that the Health Plan was in serious trouble so that our members could take preventative action, including changing our negotiating strategy, proposals and priorities.

“By being kept in the dark, you were never given the opportunity to choose where the union should focus the contract negotiations in order to save the Health Plan.” 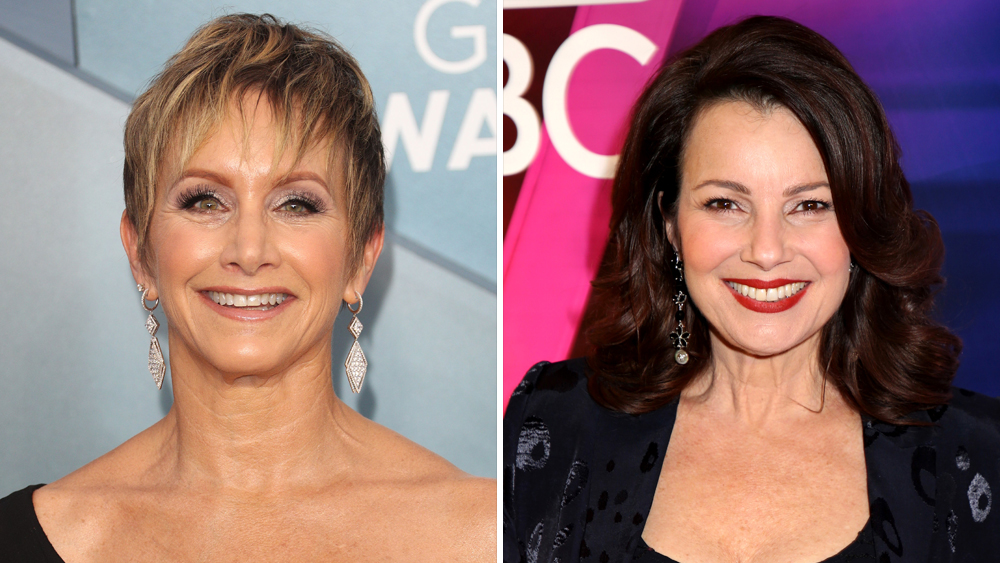 Unite for Strength, however, calls this “The Big Lie,” equating it to Donald Trump’s “Big Lie” about the 2020 election being stolen.

“Certain union leaders have seized upon and exploited the hardships of a global pandemic for political gain. They lie to you, blaming people who not only were uninvolved in decisions, but actually trying to help. These ‘leaders’ attempt to mislead you with shameless lies, repeatedly pushing a narrative that ‘heartless’ people stole promised healthcare from seniors. Nothing could be further from the truth. No one wants to hurt our seniors, or leave them without excellent health coverage, but it sure can pay off politically when you point the finger, demonize, and lie about your political adversaries. Don’t fall for it.

“Why did the Health Plan trustees make the qualification changes? That’s the pressing question. Under Federal law, SAG-AFTRA is a completely separate entity from the SAG-AFTRA Health Plan. The two organizations have separate boards with overlapping yet different missions. The SAG-AFTRA National Board appoints half the trustees, while management (studios, networks, etc.) appoint the other half. All trustees have a fiduciary duty to protect participants and the plan itself.

“As several trustees explained during Zoom sessions, the financial impact of the Covid shutdown was so damaging to the Health Plan that a major change was the only way to keep the plan from going bankrupt by 2024, while also ensuring quality health coverage for as many participants as possible.

“It’s a balancing act to use dwindling reserves, remain compliant with the Affordable Care Act laws and extend excellent health coverage to as many of our members as possible. This includes all SAG-AFTRA members who work hard and hustle to meet eligibility thresholds, especially background artists and yes, our treasured seniors.

“Faced with the double blows of skyrocketing healthcare & prescription costs, and virtually no employer contributions during the Covid-19 production shutdown, SAG-AFTRA Health Plan trustees had to grapple with financial realities and make painful adjustments to remain afloat and compliant with Federal law. These changes came at a time of great uncertainty and financial hardship for our members. Many of our volunteer leaders were personally impacted by the changes and endeavored to find a way to help as many SAG-AFTRA members as possible. And so while others sought to politicize the concerns and genuine fears of our members, Unite for Strength and USAN leaders took decisive action.

“President Gabrielle Carteris worked with the late AFL-CIO President Richard Trumka, MPTF, and the Actors Fund to bring a new comprehensive and affordable healthcare options for union members over 65. Not just SAG-AFTRA seniors, but all union seniors. These new Medicare Advantage options are extremely affordable and are a crucial lifeboat for our senior members who may have lost SAG-AFTRA Health Plan coverage as a result of the changes.

“When we merged SAG and AFTRA, we increased our bargaining strength and clout. UFS leaders and the AFL-CIO used the same winning strategy to help union seniors. Because of the volume of senior member participants from all unions, the rates are deeply discounted. While other ‘leaders’ exploited and politicized the difficult changes, UFS leaders methodically got to work to protect our treasured senior members. No fanfare. No bragging. Just results.”

UFS notes that Carteris, “who by the way, was to lose her own coverage – immediately upon learning of these devastating changes, scheduled a National Board meeting to notify the board and requested that the Health Plan schedule webinars to explain the changes and educate as many members as early as possible.”

More from the UFS platform:

“Health plan participants, were understandably confused about the timing and were deeply concerned about maintaining coverage. President Carteris knew that providing accurate and timely facts would help our members better understand the rationale for the trustees’ difficult decisions and what the Plan and the union were planning to help members negatively impacted.

“Our elected national officers successfully advocated in D.C for legislation that would provide financial assistance for those in need. The efforts bore fruit with a 100% subsidized COBRA option which right now is helping many weather the rough times. To be clear, this would not have happened without leaders like Gabrielle Carteris fighting for our members.

“As we face the future of member health care in a country with out of control health care costs, Unite for Strength, USAN and Union Strong leaders from around the country will do everything in our power to keep finding solutions and avenues to keep as many people covered by the SAG-AFTRA Health plan as possible while pursuing every option (both governmental and through partnerships) for our members who don’t qualify to find quality, low-cost insurance.”

Modine and Joely, meanwhile, also blame the current leadership for failing make gains at the bargaining table that address the evolving nature of film and television production and distribution. “Current leaders are claiming responsibility for getting members work and are trying to convince you that your residuals are great!” they said in their email. “What does your bank account say? The fact is that new streaming platforms are increasing work opportunities (contrary to their campaign literature flex, it’s not due to anything Unite for Strength/USAN did) but your compensation is going down. Yes, there is more work…but you’re making less money!

“The current leaders simply have failed to stay ahead of the tech curve – just as they did with cable and DVDs – through weak negotiating,” they added. “MembershipFirst wants to ensure that our members earn a living wage for that new work and we, as your leaders, will have a stronger negotiating style from which members will benefit.”

Unite for Strength, in its platform, says its leaders “have led the way to updating and modernizing our master Theatrical and TV contracts resulting in $1.5 billion dollars of gains for members since the MembershipFirst-led contract negotiations debacle in 2008, which resulted in $100 million dollars of losses to members.”

MembershipFirst, in its platform, says: “The current national administration, despite telling us these were ‘ground-breaking’ and ‘historic’ contracts, underestimated the growth of these platforms, the value of our work and under-negotiated our rightful share in these contracts…A change in national leadership is imperative in order to prevent history from repeating itself. It is time to stop playing catch up, recognize the changing landscape, and start getting ahead in the negotiating game.”

Election ballots were mailed to members August 3 and will be counted September 2.

Why SpaceX’s Inspiration4 launch is a major milestone for civilian space travel: CNBC After Hours