Common said working on the film Selma turned him into an activist and that a recent seven-month stay in London, where police don’t carry guns, “felt like a weight was off my shoulders” as he talked over his life and career at an event awarding him the Tribeca Festival’s second annual Harry Belafonte Voices for Social Justice Award.

NYC Mayor Eric Adams made a surprise cameo at the fest, which has been dotting the city with films, talks and music for 21 years now except during pandemic-shuttered 2020. “I think about this amazing festival which opened after 9-11 when no one thought we could come back. Covid is not terrorism, but it brought terror… But we came back,” Adams said, praising the musician, actor and philanthropist for his efforts in prisons and schools and for using his work as artist for social justice.

Common played civil rights activist James Bevel in Selma, the 2014 film by Ava DuVernay. It won the Best Original Song Oscar for ‘Glory,’ by Common and John Legend. The song also took the Grammy for Best Song Written for Visual Media. The film was nominated for Best Picture. 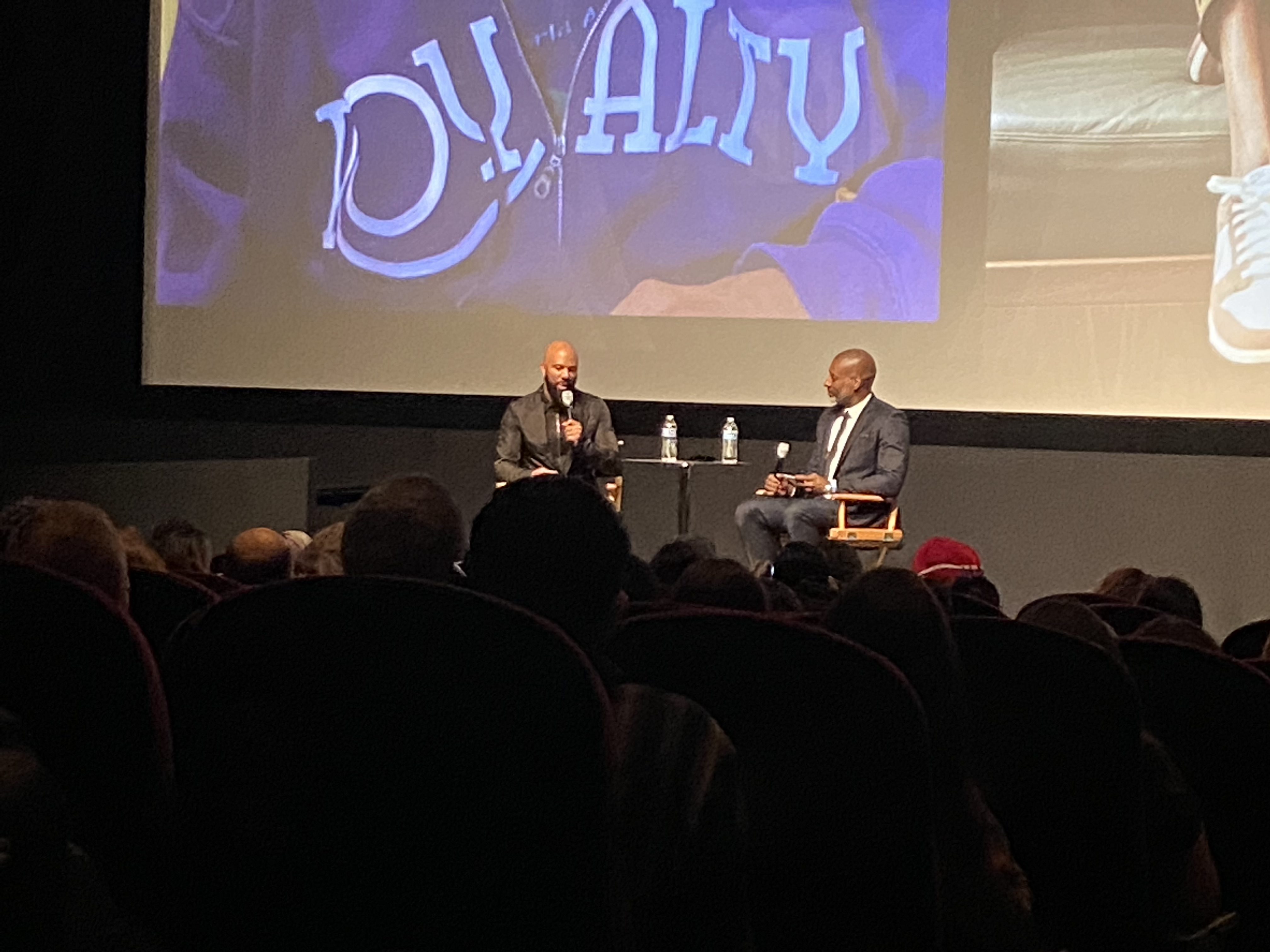 The Chicago native said his mother first planted the seeds of activism and that he’d already launched his Common Ground Foundation, dedicated to empowering high school students from underserved communities to become future leaders. But meeting civil rights leaders like former UN Ambassador Andrew Jackson Young, Jr. and the late John Lewis while making the movie had a profound influence. “Ambassador Young said, ‘What are you willing to die for? Well, live for it.’”

“I said, I can do more. I’ve got to do more,” Common recalled in conversation with New York Times columnist Charles Blow.

Common first got political back when President George W. Bush entered office. “I didn’t feel like he was really going to do good for our people. And he kind of had this loopy personality.” Under President Obama, he was excoriated by Fox for attending a spoken word event at the White House his  lyrics that protested police conduct and President Bush’s launching the war in Iraq.

He said the racial divide in the U.S. has never been properly addressed and the nation can’t heal without it.

“When you are in leadership and things are not being acknowledged… then, man, we are going to be dealing with these issues.”

“Common — despite his modest name — has achieved great feats,” said De Niro, presenting the award at the close.

Disney Delays Moving Thousands Of Jobs To Florida Until 2026